Home again, home again, jiggety jig...  As my Mom used to say!
Thank you all for the nice comments and wishes for fun and safety!  We had a great time of rest, relaxation, fun, site-seeing, photography, fising, reading, bike riding, hiking, a cave tour, writing a punch list for the RV, etc.!  Speaking of RV, whew, what a gas guzzler... I was so NOT prepared for the fuel expense to get there and back.  This is the first time since we've had the RV that we have driven it further than an hour and a half from the house.  Well, now we know!  Stick close to home if we're taking the RV!  We also wrote a punch list of things that needed to be fixed on it while we stayed inside waiting out a heavy rain one day.  Some of them are small things, others are cosmetic things and others are pure functionality things.  We also had pots & pans and towels everywhere catching the water that was coming in from the roof and the windows!  It sounds bad, but we were thankful that we were able to see exactly where the trouble spots are and now we know what needs to be fixed!
The rain cleared up late that afternoon and we were able to get outside for the rest of the afternoon and evening.  It's a good thing too, because Country Boy decided that he wanted a LOT of coffee that morning so needless to say, he was more than a little antsy while waiting out the rain.  You could say he had cabin fever!
Country Boy did some fishing.  He caught a couple but he let 'the big one' get away!  He thought he was caught on a log, so he started pulling on his line when all of a sudden he saw a large-mouth bass on the end of his line and then it broke.  All afternoon he tried to catch that guy with no luck!  He also did lots of bike-riding, lots of R&R and did all the cooking (I love camping!)  Country Boy also celebrated a birthday!
Me?  I did lots of reading, took lots of pictures, spent lots of time resting & relaxing, did lots of walking and had lots of fun!
We camped at Florida Caverns State Park in Marianna.  It's just over five hours north from the house.  It rained the majority of the way up and about an hour into the trip our windshield wipers stopped working!  Country Boy said, "I knew I should've put RainX on the windshields"!  We took it slow and did lots of praying!  Did I mention that our RV is old?  Of course, you've probably figured that out by now *laugh*!  It was a great deal, what can we say!
But, back to the Park, it's a nice place with lots to do.  We didn't have to leave the Park at all to do all the things that we did.
Here are a few of the pictures that I took on the first couple of days... 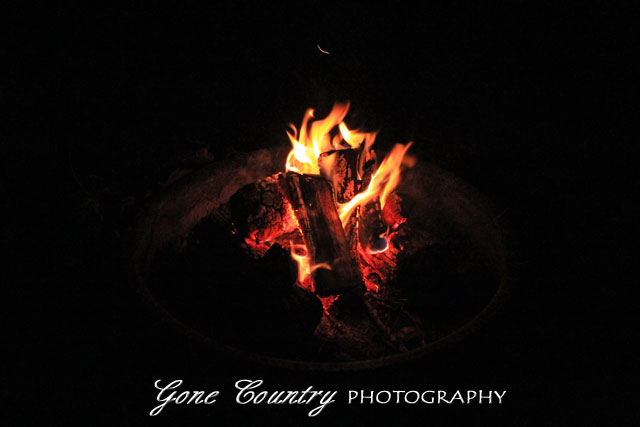 Enjoying a nice fire in the evening!
The next four photos are of the little river that was a short walk from our campsite. 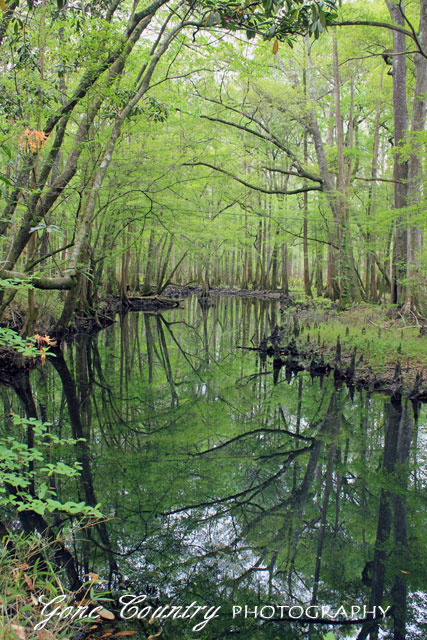 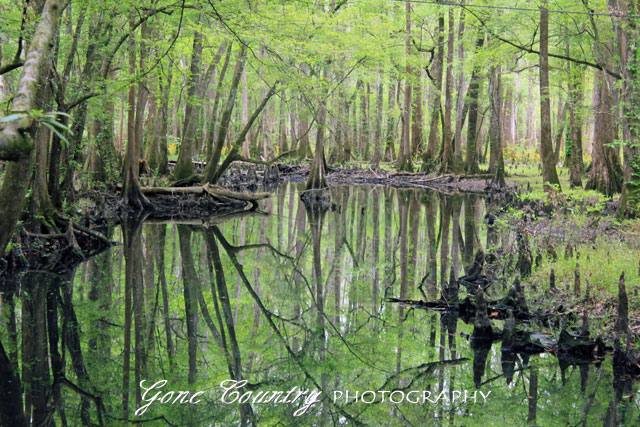 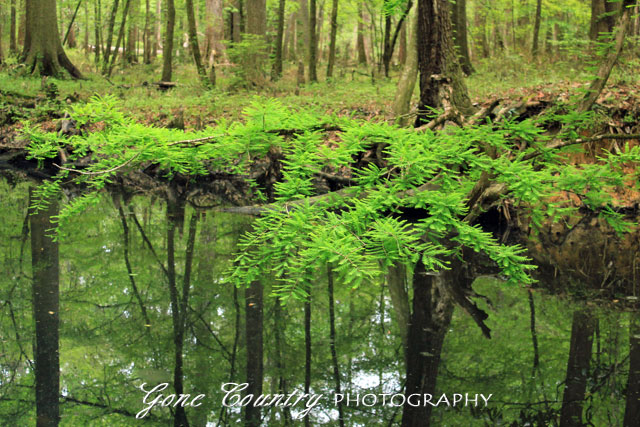 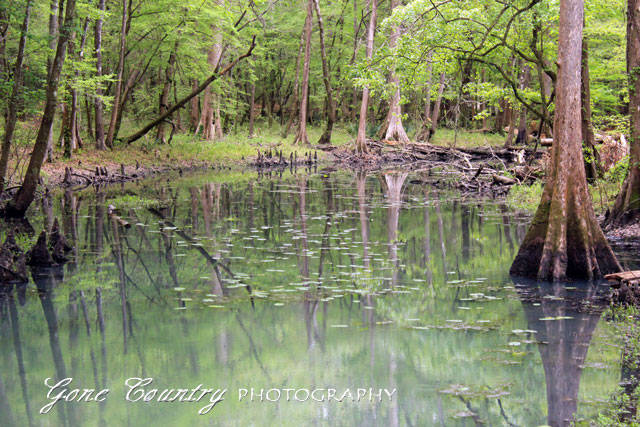 This is the bigger river a short bike ride away from our campsite where 'the big one' got away and where many people were canoing or kayaking. 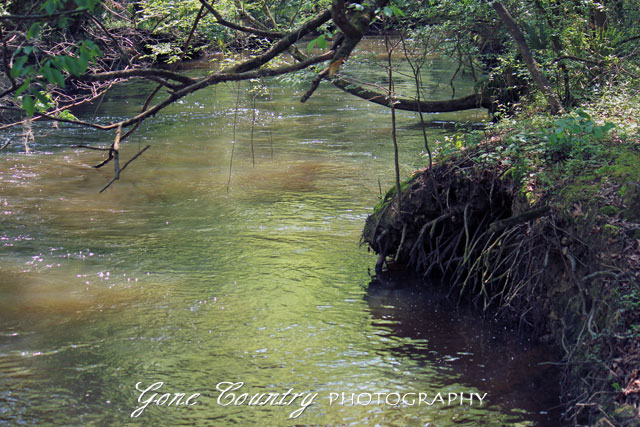 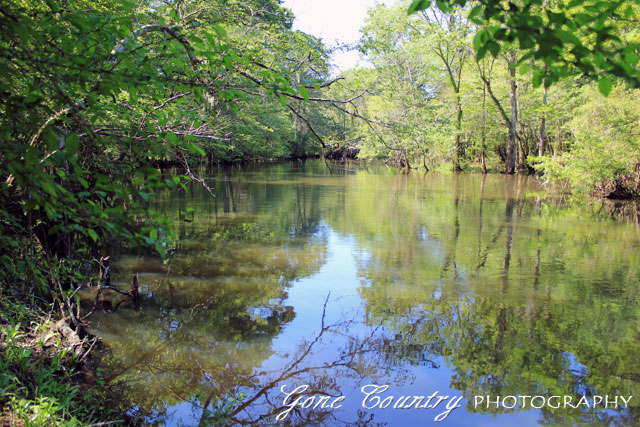 While I was reading one afternoon, this pileated woodpecker paid a visit to the campsite next to us. 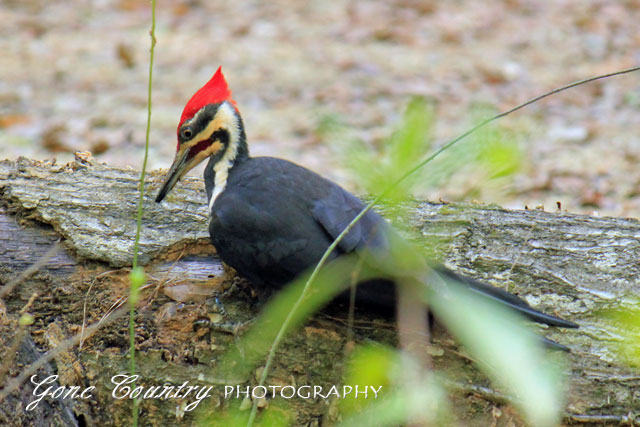 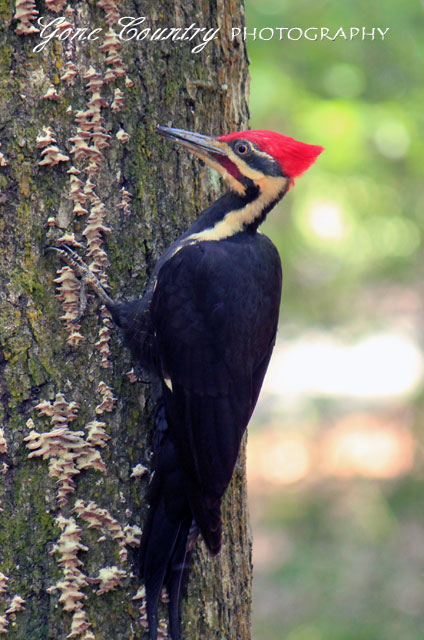 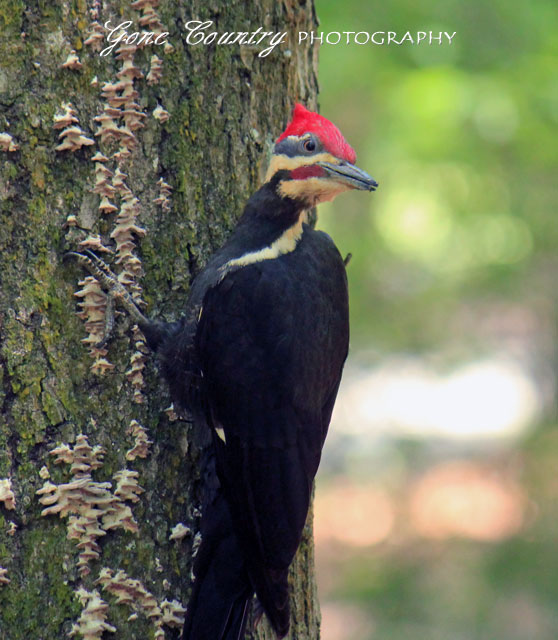 It's almost is if he was posing for me because normally they don't sit still for very long!

These huge rocks just appeared in the landscape.  They were visible from the road and were quite unusual to see in Florida.  I felt like I was in Country Boy's home state of Arkansas! 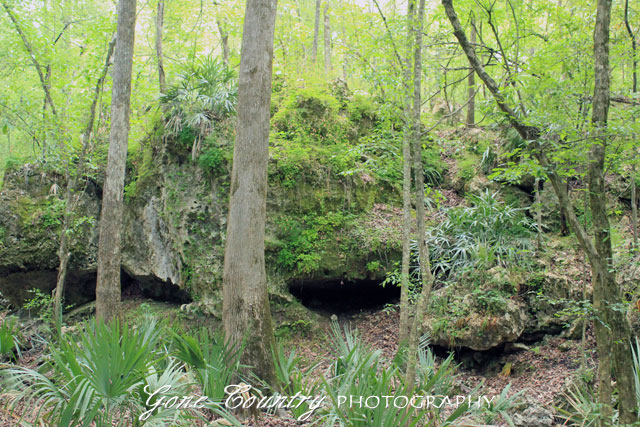 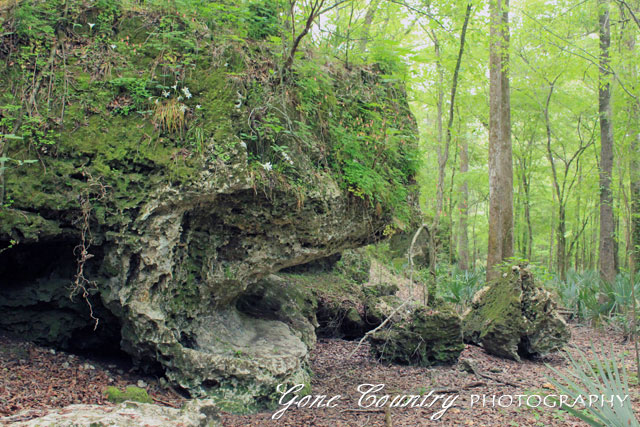 Later in the week, we found a trail where there were more rocks like these that were closer to the cave.


Speaking of cave, I'll show you a couple of cave shots for now... 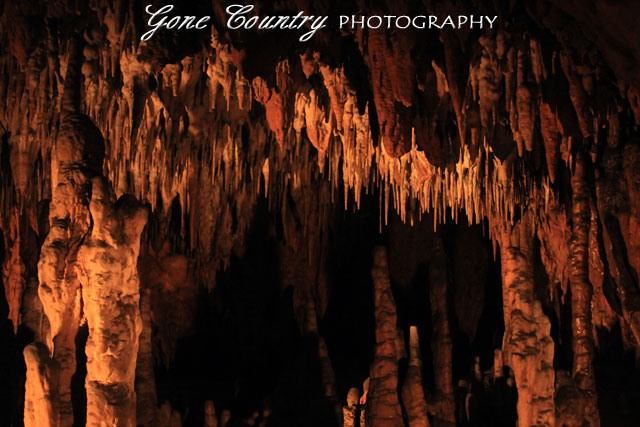 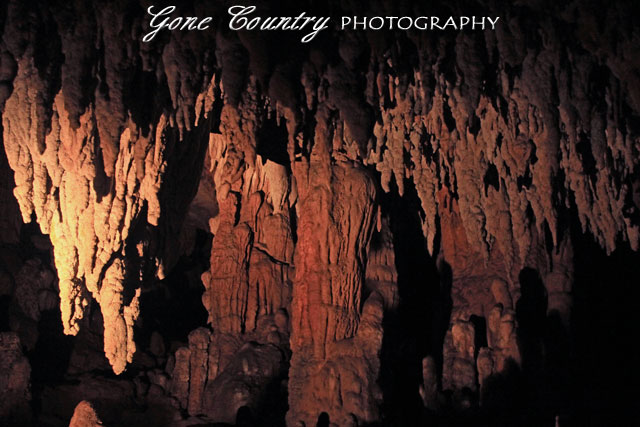 That's all for now!  You'll have to check back again for more pictures of the cave and our week of camping!
~~~~~
We were supposed to get our chicks today but the feed store said they were on back order and probably wouldn't be until May before they got any in.  We were very disappointed but everything happens for a reason... we'll just wait and see!
I hope y'all had a great week and are looking forward to another great week!
Till next time,

That river is just breathtaking! And the pileated is gorgeous!! Great shots of him!!!

Sounds like you had a great time (even with the rain - and gas prices!). Happy homecoming!!!

Note to self: be independently wealthy to drive RV past Gainesville. Glad you had a good time - we missed you guys!!

Im just loving your photos you took on your Journey. Glad you had such a wonderful time.
Thanks for stopping by and your kind words. Im healing well and on my raod to being ok . I count my blessing .
xo