The other day I was walking back to the house after making a deposit in the Hillbilly Compost Bin when out the corner of my eye I saw something unusual... 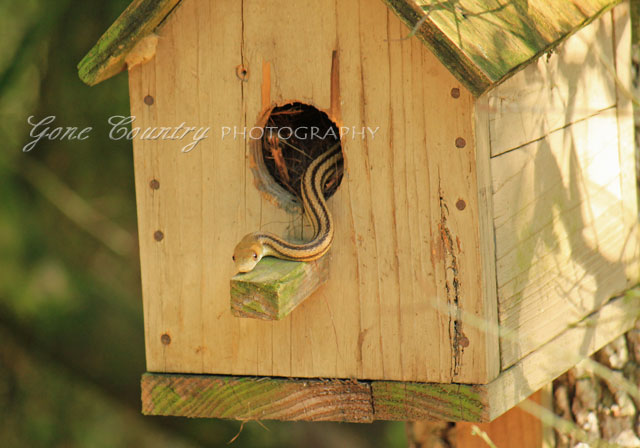 What's a snake doing in a bird house!  This was Country Boy's first bird house he built out of scrap wood shortly after we moved here.  A pair of Great Crested Flycatchers moved in that year but it has been vacant ever since.

This guy stayed like this for a long time. 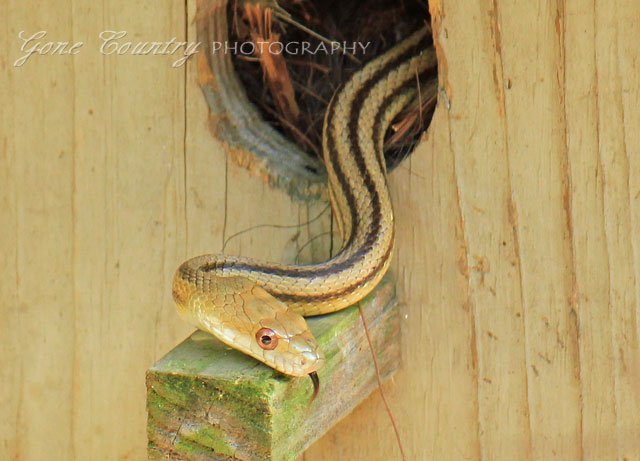 I think he got tired of me looking at him and taking his picture so he stuck his tongue out at me and decided to go back into the bird house. 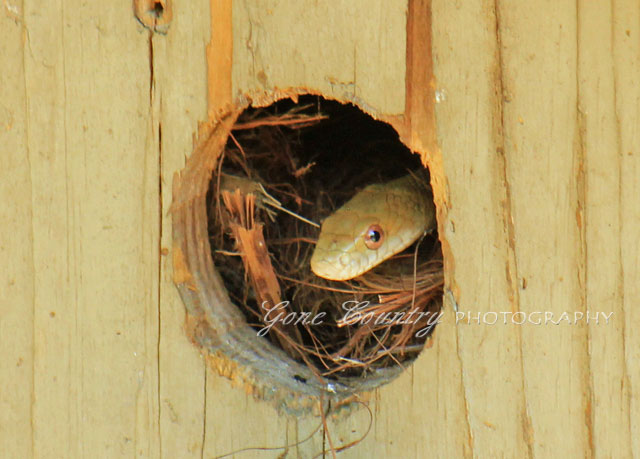 A little while later he came back out and decided maybe this wasn't a good house after all since one can't just hang out without being watched! 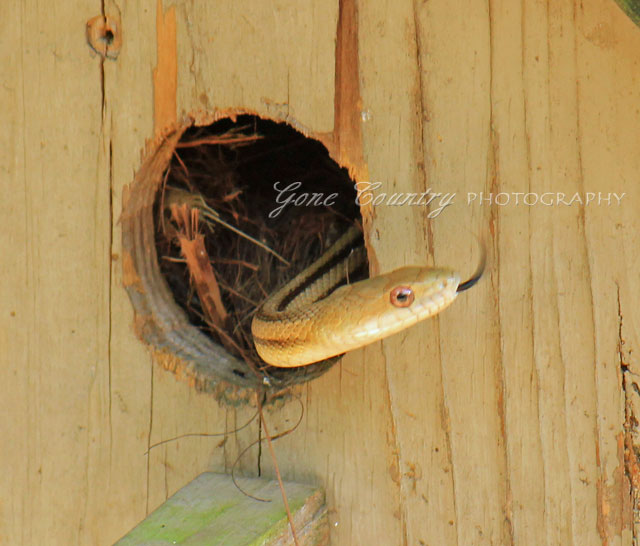 So, he slithered on out, sticking his tongue out at me again.... 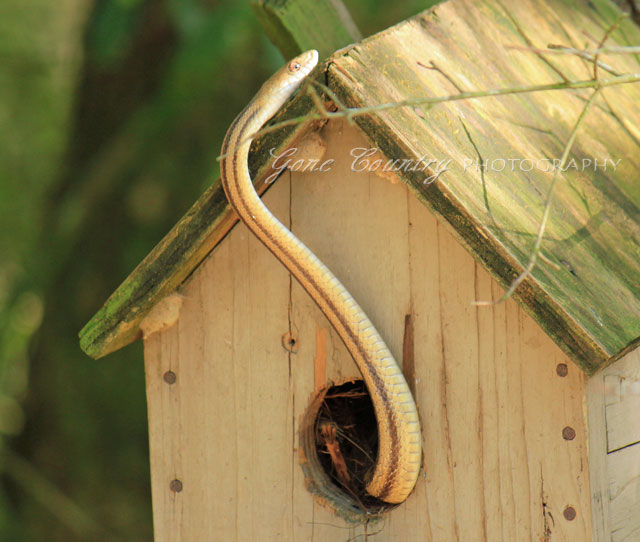 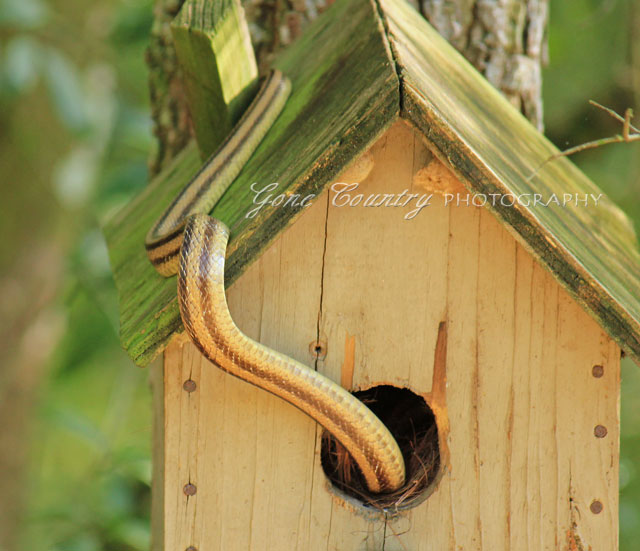 and decided to go up in the tree where he was less noticeable. 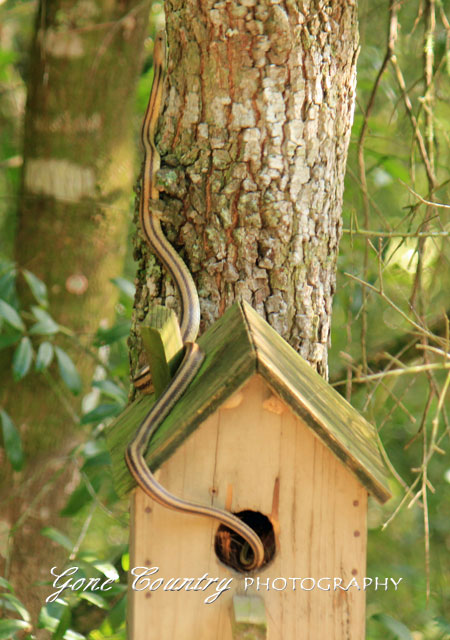 I haven't seen him in there since.  Hmmm, I wonder where he's at now!
We're having another rainy day here.  While I am loving the rain, I wish I could send some of it to my bloggy friends who are in desperate need of rain.  Hang in there!
Till next time,

Email ThisBlogThis!Share to TwitterShare to FacebookShare to Pinterest
Labels: snake

Okay, those are such cool pics! I wonder if there were eggs in the house that the snake wanted to eat?

If there were eggs, they're gone now. Great pics!

we've had that happen here too as well. guess they're shopping in the egg section of the grocer.

GREAT photos!!!
Snake was either shopping for eggs..or poultry. Eek!

Fabulous snake adventure. You are a country gal now.

I would be looking up in the trees everytime I walked out of my door if I were you! hehe