On our way home from the beach, we made a quick trip to St. Augustine.  And I mean, quick!  It was a hot day and we were both sunburned so we made a brief stop at the lighthouse... 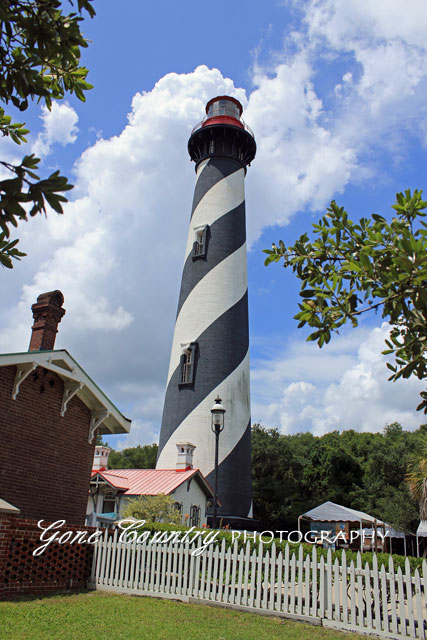 Some history:  A Spanish watchtower, built in the late 1500's was the predecessor of the present St. Augustine Lighthouse. St. Augustine is the site of the oldest aid to navigation in North America. The original watchtower became Florida's first lighthouse in 1824. However, by 1870, the tower was threatened by shoreline erosion and construction began on the current lighthouse. The new tower was completed in 1874. The old tower succumbed to the sea during a storm in 1880.
Constructed of Alabama brick and Philadelphia iron, the lighthouse is St. Augustine's oldest surviving brick structure. In 1876, a brick light keeper's house was added to the site. Light keepers' and their assistants lived and worked there until the tower was automated in 1955.
The lighthouse is said to be haunted.  Both Ghost Hunters and TAPS have investigated and found some interesting paranormal activity! 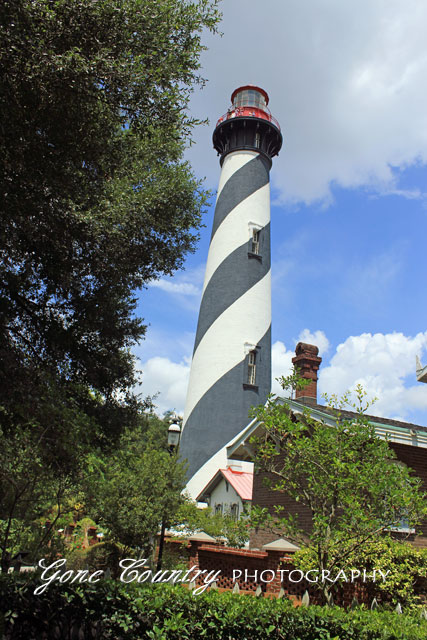 The lightkeeper's house was awesome! 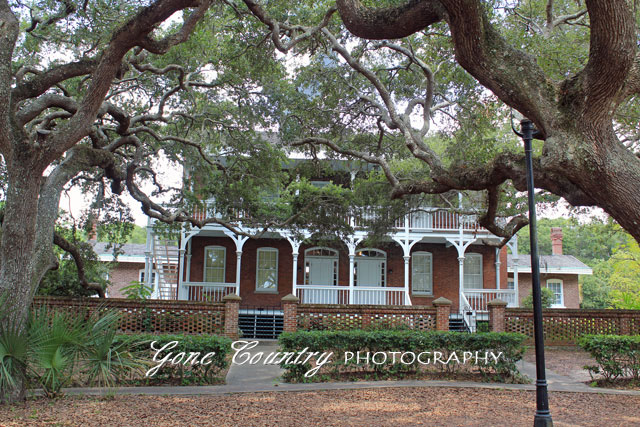 The lighthouse is playing peek-a-boo! 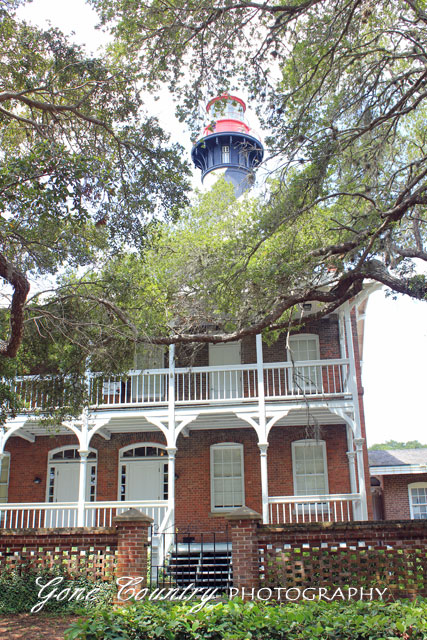 We've been here before so we did not climb the 219 steps to the top... another day when we're not so sunburned I'll make the climb and get some photos from the top!
We then drove to the old part of St. Augustine where I snapped a coupla' photos of the Oldest Wooden Schoolhouse... 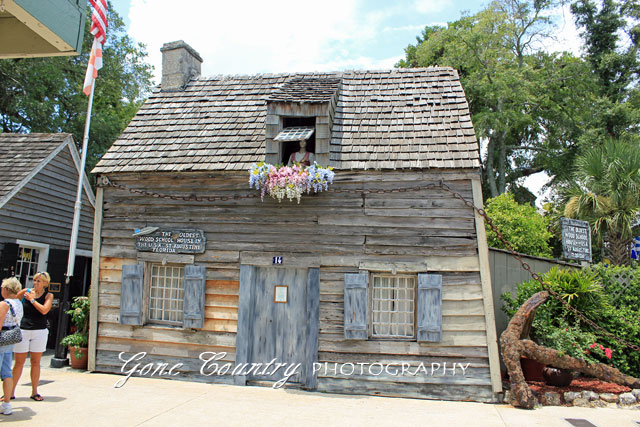 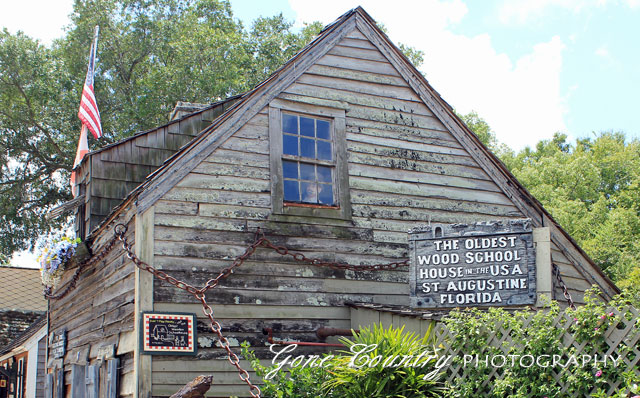 Do you see the figure in the upper window?


Well folks, you've survived my vacation photos!  To everyone that stopped by and left a comment, a huge THANK YOU!  I really enjoy reading your comments... they make my day!
Till next time,

Love the first picture of the lighthouse....perfect!

love the lighthouse and the caretaker's house as well! neat!

Wouldn't it have been cool if we had been there at the same time? Great photos, thanks!

St. Augustine is a beautiful old city. Haven't been there in a very long time. The caretakers house is very interesting. I just love old buildings and homes.

Thanks for sharing! Love learning about other places. The lighthouse is too cool.

I haven't made it to the lighthouse but St. Augustine is a fun place to visit.

These are lovely. I've enjoyed your vacation photos. Since we aren't taking a vacation (again!) this year.. it was nice to virtually travel with you. Thank you!! -Tammy

Thanks for taking us along on a tour of your vacation! I enjoyed all the photos and stories!

I think I saw the episode of Ghost Hunters when they investigated this lighthouse. :)