Where Did The Day Go?

I spent part of the day running errands and having lunch with a neighbor.  Then the rest of the day was spent photographing and listing my many stamp sets on ebay.  I received some good suggestions from y'all on shooting the stamps.  Here's one of the final photos... 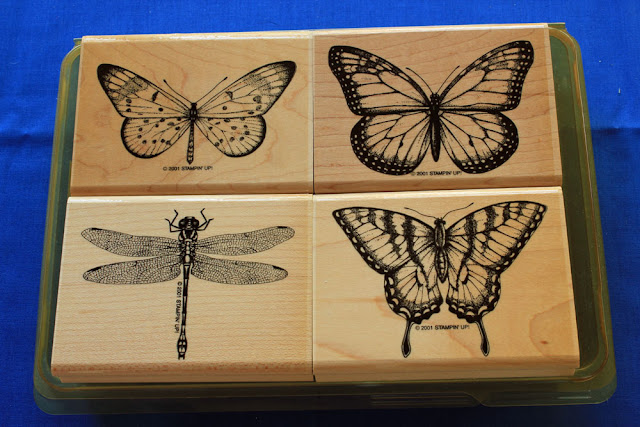 I shot in aperture mode on a tripod with an f-stop of 14.  Thanks for the tips!  I learned something new!
This evening I grabbed my camera as I went out to give the kitties their supper snack.  After they gobbled it up, I walked up the drive towards the front yard and came across our non-skiddish rabbit again. 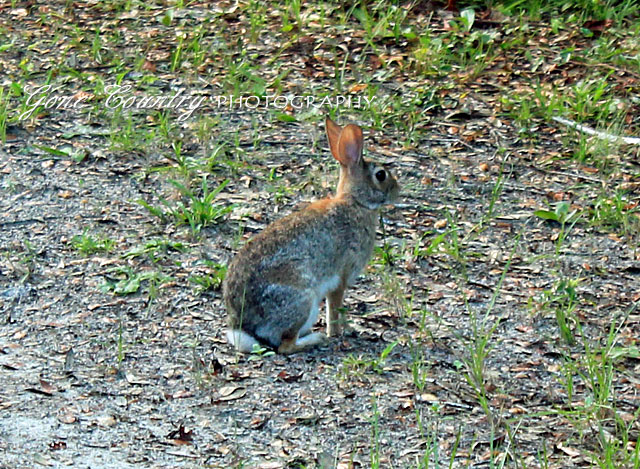 Precious was casually following me until she spotted Peter Cottontail.  What followed would've best been seen by video but since I don't know how to use that feature on my camera I'll have to tell you what she was doing... First of all, she was so loud and noisy that she wouldn't have been able to sneak up on the rabbit if she wanted to!  Several deep-throated, long meows came forth and she started hunkering down to the ground and running and getting really excited!  The more excited she got looking at the rabbit, the louder she got! 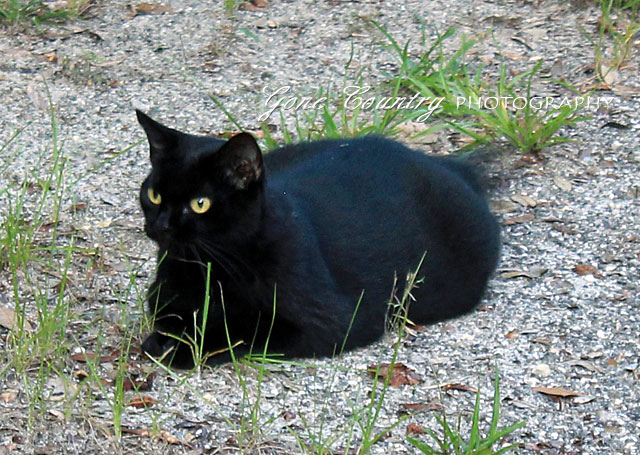 She finally laid down but she was still meowing!  Her tail is a blur because it's going a mile-a-minute!  All I could do was laugh because even with all the racket Precious was making the rabbit could've cared less!  Sometimes I wonder if it's the same rabbit that I rescued after Hunter brought it into the house early one morning.  Maybe it 'knows' me!
I hope y'all had a great Monday!  Lots of kiddos back in school this week; lots of people getting into a routine again for the school year!  Good luck!
Till next time,