A Couple of Visitors

As I was at my computer this morning doing some research about online photo galleries, I heard an unusual sound outside.  Having recently rearranged my office so that my desk faces a window that looks out into the front yard I was able to determine what was making the unusual noise.  It was a Pileated Woodpecker on a tree by the bird bath.  Of course, I grabbed my camera, eased the screen door open and was able to get a couple of shots. 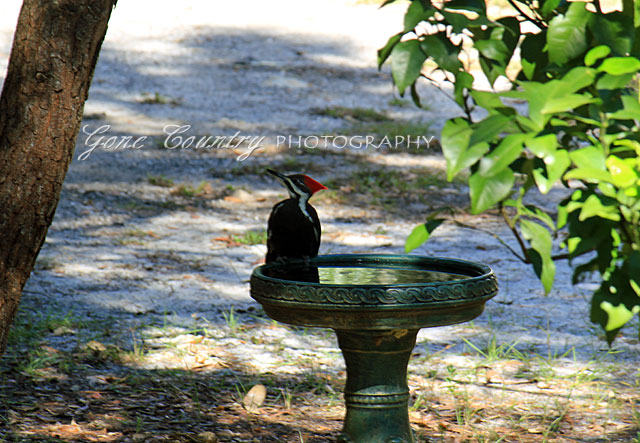 I didn't even take the time to check my settings so some of these are a little dark.  This was my first time seeing a Pileated Woodpecker getting a drink.
Right after I took the shot above, she flew back to the tree she was on when I spotted her from my window. 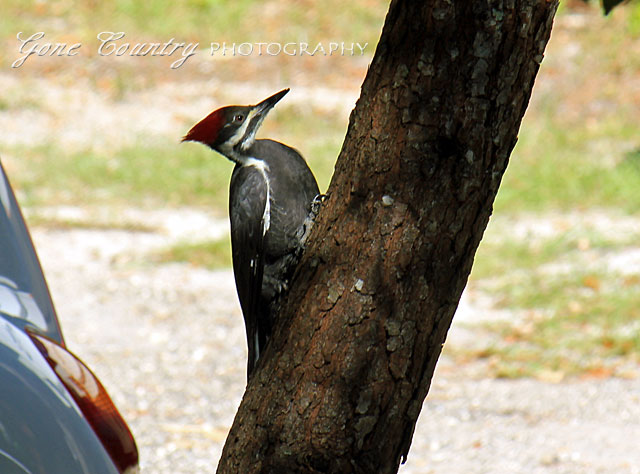 She then flew to one of the trees that flank the steps that lead to the front porch. 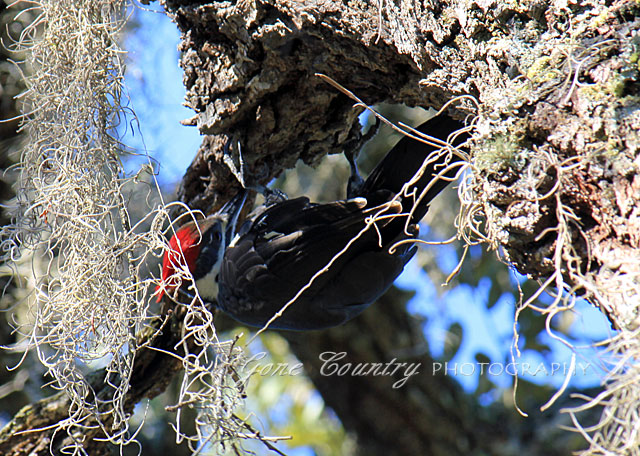 I believe the above photos are a female Pileated Woodpecker and the below photos are the male.  The male has a full red cap whereas the female is less extensive.
A second one (the male) then flew over and landed on the same tree. 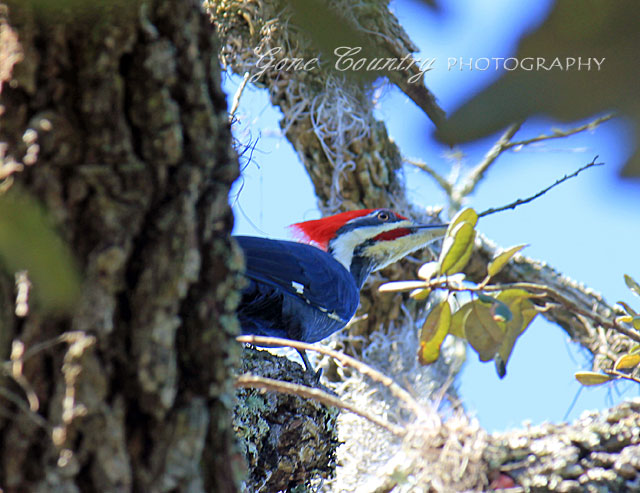 I was elated that there were two of them at the same time! 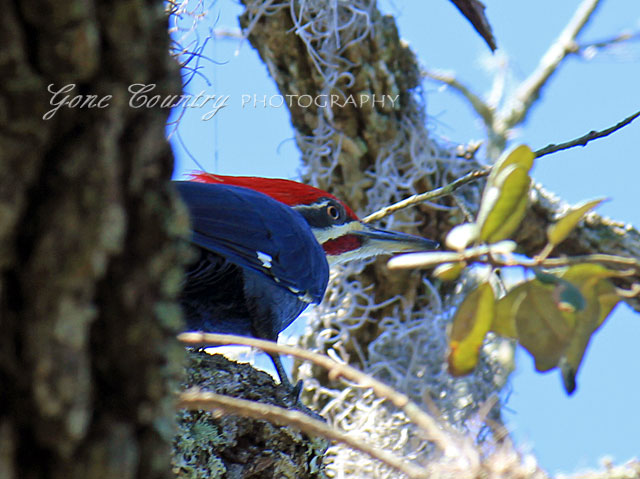 It was while writing this post that I discovered they were male and female. 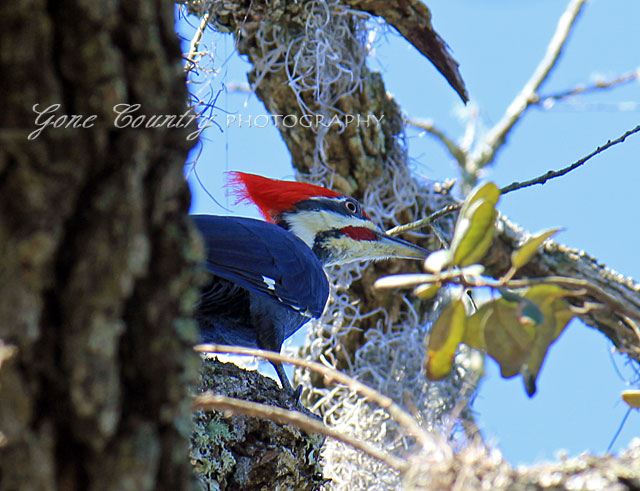 I've seen a Pileated Woodpecker around here before, but it's been a while and I've never had two at the same time.  So cool!
It's a beautiful day today.  The house is opened up and there's a nice breeze blowing through and warming up the house after a chilly night.
As I mentioned earlier, I am in the process of researching an online photo gallery with the hopes of one day selling a few of my photos.  I am making progress but there is much to consider!  I also NEED to get crackin' on my photo organization and get them onto an external drive.  My computer is finally beginning to get sluggish when trying to view and edit my photos *ugh*.  One more thing that I can't procrastinate on any longer *laugh*!
I hope you're having a wonderful day!
Till next time,

an external drive is great to have. my photos all get shuffled off into storage there after i do my blog posts. :)

i saw my first pileated woodpeckers in Texas this summer - and there were two of them also. :)

What a nice surprise this morn! You so should set up shop to sell some of your photos, what a great idea!

Fantastic shots. You sound like me here lol there are times I get myself into some strange positions just to get that perfect shot I am sure there are days cars that may drive by or the neihbors in our village must think I am bonkers lol but us photo nuts just have to get that shot no matter what it takes lol. Have a wonderful day !

Oh wow! I'd love to see one of these. I think they are so cool looking! Great captures. And good luck with your photo organization! :)

Oh I love those woodpeckers! Your shots are amazing!

How stunning! I found your blog a few months ago and really enjoy reading it. We share similar interests. Your pictures are amazing! I'm from Nebraska.

Great captures! I love watching the woodpeckers here - but if I get too near, they walk around the tree and I end up following them in circles. :)
Thanks for sharing your thoughts re: blogs. I'm learning a lot by reading all the comments!!!
Hugs,
Zuzu

that is ONE BEAUTIFUL woodpecker. wow, his crown is just amazing !!

I see those around my house on occasion but I can seldom get a photo. Yours are lovely!