The Wait Is OVER

Y'all probably know what that means!  The Chicken Cabin is alive again!  O happy day!
At promptly 6:28 this morning, a gentleman from the local post office called and said that my chicks had arrived.  He hardly got any more out of his mouth before I said I would be right there! 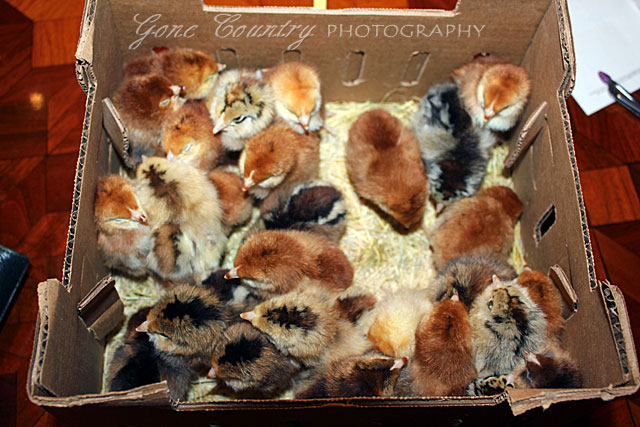 They were jam-packed in this box that I thought was a little small.  I guess it was good to be packed in there tightly, less jostling around while being shipped. 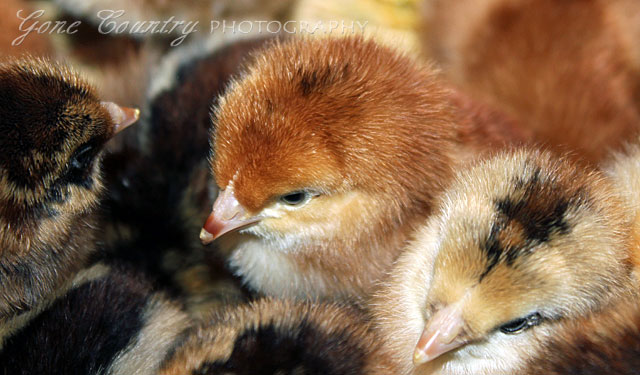 I purchased 13 female Rhode Island Reds and 13 female Americaunas (hopefully that's what I got!  Although it seems we usually end up with a rooster in there, which will be OK!  It amazes me how they can determine the sex of a chicken right after it is born!).  They also sent us a free exotic chick.  I have no idea what that one will end up being but for now it is a cute, little, yellow chick (see her on the right?)! 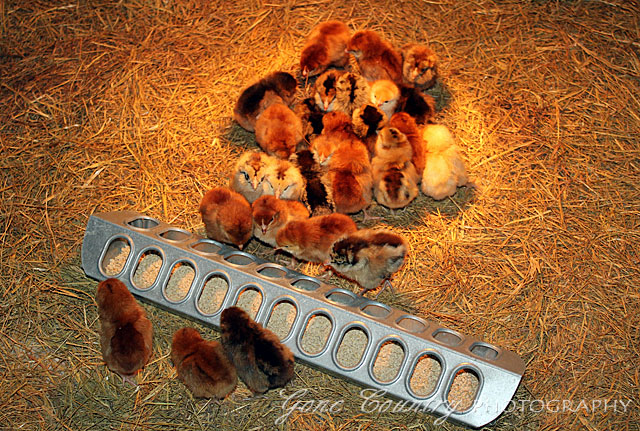 They are discovering food for the first time! 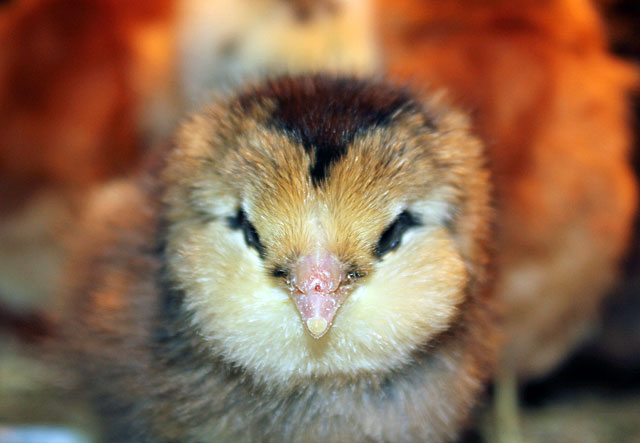 This girl was the first one to check out the feeder.  See the crumbs on her beak?  Yummy! 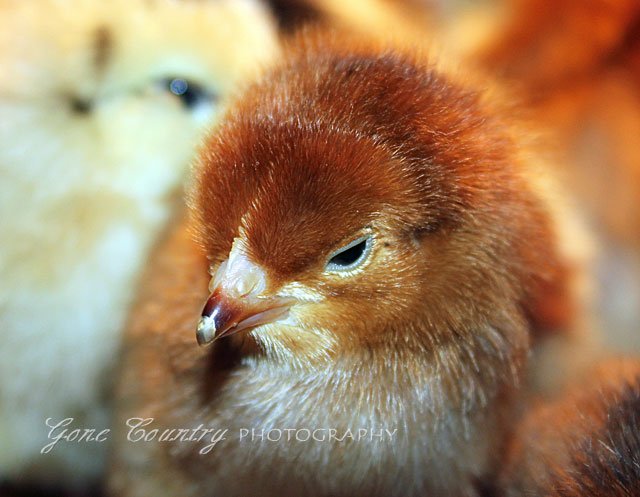 Aren't they adorable?  I'm in love!  Oh how I have missed my chickens! 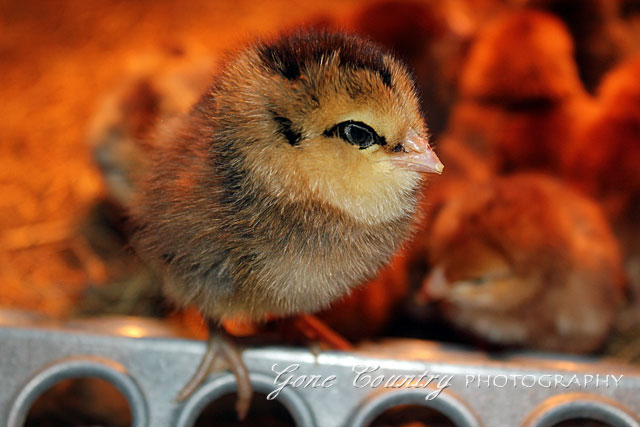 They all appear to be quite healthy and happy.  This is the first time that I have ordered chicks directly from the hatchery.  I usually get them from the feed store during chick season.  As y'all know, I didn't want to wait that long so I checked online to see about ordering them straight from the hatchery.  I have to say that I will be doing that from now on if I ever need a new batch of chicks.  The process was very easy.  You can choose the types of chicks you want, the sex, the time in which you would like your chicks, etc.  (There is a  minimum order of 25 chicks though which is why we got 13 of each rather than 12.)  They are also much smaller (about the length of my index finger) than when purchased from the feed store (usually around the length of my palm).  They were also cheaper (even with shipping costs) and are friendlier.  I think I am now the official Chicken Mama since I am the first thing they've seen (other than the handler that packed them to ship) since they were hatched.  They kept running to me when I was taking their photos and trying to climb on my arms!
I just checked on them and they're doing fine... eating, discovering the water in the watering can and huddling underneath the lamp to stay warm (it's a brisk 57 degrees outside).
I'm not sure what all I'll get done today since I know that I'll be spending lots of time in that Chicken Cabin today, heehee!
I hope you have a happy day too!

Email ThisBlogThis!Share to TwitterShare to FacebookShare to Pinterest
Labels: chicks

Have you ever tried the Araucanas? They lay the colored eggs - known as the Easter egg chickens. I've ordered them from the hatchery before and had good luck with them.

We've had good luck with our hatchery chicks - and they do great sexing them - so far no roosters. Chicks are so cute!

Awe look at them - so cute. Lovely pictures of your chicks.

oh hurray! they are as cute as can be, and i can just tell there's going to be lots of bonding time for you over the next few days!

ooh, how cute!!! Love the red! I've heard alot of mystery chicks are those polish hens that have the feather head. Forget their full name.

Oh,...these are the cutest little ones ever!! I love the colors, too - great shots, that's for sure!

I would love to just cuddle them up next to me! haha

They are too cute!

Oh my gosh! I'm kinda speechless at all the cuteness! I would order me some right now, except that I can't because I don't live on a farm. I love the pics and I hope you'll post lots more as they grow! Really wonderful photos!

Your chicks are delightful and so are your photos! Lots of fun ahead, enjoy!

Yes, they are so cute! Great close up shots. (I believe they pack them rather tightly when shipping to keep them warm.)

Have fun with your new babies. :)

Visiting from "This or That'....WOW,what cute little feathery balls! Have fun!

Oh my, how precious!! I loved this.

Awwwwwww, I think I am in love! Too cute! :)
Coming from Deb Duty.

Oh how cute are they! Visiting from This or That Thursday. Feel free to join in on our weekly photo challenge any time. We always have so many wonderful entries.