Who Stole The Past Three Days?

Was Saturday really the last day that I wrote a post?
Mercy, where has the time gone?  Somebody must've stolen it!
That reminds me of a funny story...
When Country Boy worked at a rather large corporation in the city, he lost his traveling coffee cup that he kept at work.  You know the ones with the handle and the lid?  He went on and on about how he could NOT believe that someone would steal his coffee cup!  This went on for months I tell ya!
Several months later, he went to one of his coworkers' desk to discuss a project and lo and behold there was a coffee cup that looked exactly like his sitting on top of the filing cabinet.   When he asked about it, the coworker said, "Yea, you left it here."   Ha!  It wasn't stolen after all!  (I'm glad I didn't see what that coffee looked like after sitting for several months... ew!)
The daughters and I still tease him to this day when he can't find something!  We say, "Somebody STOLE my (whatever it is he can't find)!"  Thankfully, my hubby just laughs!  He usually finds the item awhile later, heehee!  And no, I didn't hide it from him for those of you who are wondering!!!
Anyhoo...
It's been busy here at the homestead these past few days.  Christmas decorations have begun to spring up in the house, on the house and in the yard... 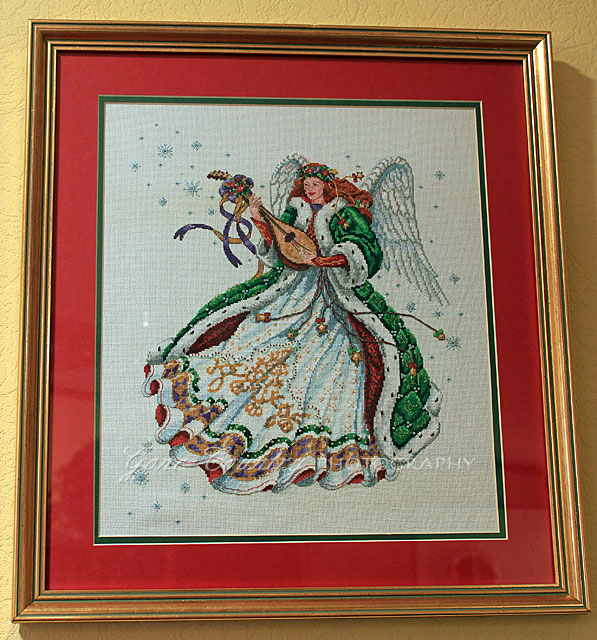 The above picture took me several years to finish.  It was so large that I worked on it off and on between other projects.  Unfortunately, this photo does not do it justice.  There is blending and gold filament throughout the stitching as well as white and gold beads.
... a few more presents have been purchased and a trip to Lowes was made culminating in a pit stop at the Hog Trough Golden Corral after hours of pondering and decision making.
We finally purchased a bath tub to replace the one Country Boy tore out a while ago.  I'm excited that I just may get my bathroom back in order before it gets cold down here.  I was not looking forward to traipsing across the cold house after showering in the guest bath! 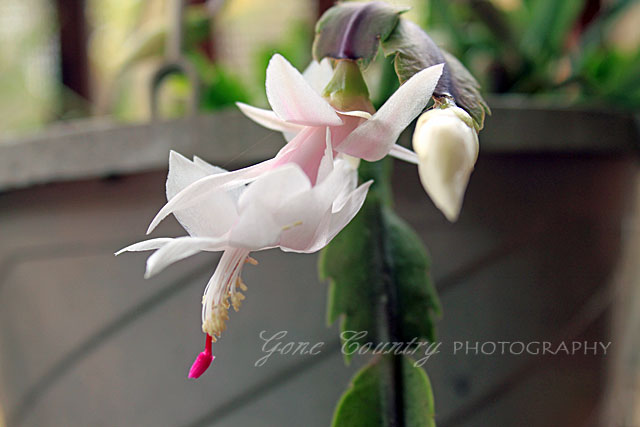 Speaking of cold, it is NOT warming up today like it usually does.  Brrr!  I know, for many of you a day in the low 60's is pleasant!  But for us Floridians who are not having hot flashes yet.... it's cold! 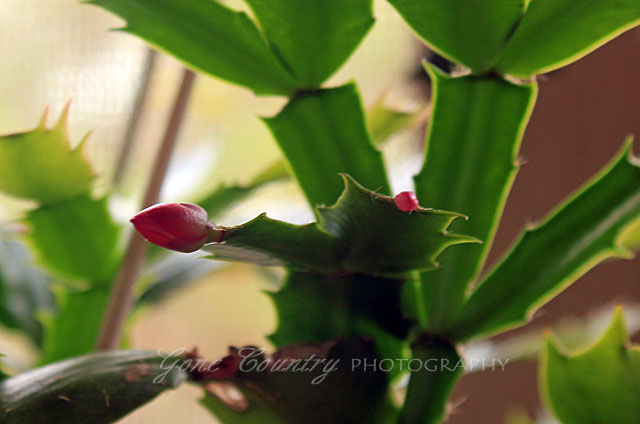 On a different note, I am participating in a button swap with Nancy at A Rural Journal which sounds like fun!  I will be adding her button to my sidebar beginning tomorrow and will leave it there for the month.  If you would like to swap buttons with me, please let me know!
Till next time,

love the white christmas cactus. my mom always grew the pinks and reds. :)

Love that coffee cup story, sounds like something I would do!

My dear motherinlaw stitched the same angel years ago, or if there is a number of them, it was one of them. I know the beauty that this piece holds cause I have seen it (or one similar) to it up close and personal! That is an amazing amount of work! It is gorgeous!

I simply can't see well enough to do cross stitch anymore - I used to do it all the time. The angel is gorgeous.

Your cactus is beautiful, I haven't had one in years-enjoy:@)

I have a white, yellow and peach cactus. They are blooming right now too. So pretty! :)

Oh puleeeze....cold?! LOL I'd have this weather year round. I HATE the heat. At least now I feel like getting out of the house for a minute or two. :)

Those men and their coffee cups always trying to thinks someone took it. We all have our favorite cup, I think. Your angle picture is perfect for the season. You did an outstanding job. I'm always so jealous of folks with that talent. Does the Christmas cactus only open in December?

LOL ! Love the way you write great sence of humor ! Yup Papa here would loose his head sometimes if it wasnt screwed on I swear, he is bad for loosing stuff more like old age in the head lol trust me we have some pretty good fun teasing eachother about these things as well lol. Aesome post and photos. My Christmas cactuses are at the end now , yours are looking good they are so pretty arent they ! Have a wonderful evening !

My husband is always losing stuff too! And the worst is that he also loses my stuff! Especially my scissors.

So impressed with your picture - it is beautiful.