There is an awesome feed store about a mile from our house where I buy all our chicken feed and the flock blocks (which are made by Purina for those of who have never heard of them and asked me about them in a previous POST).  The owner is a kind, generous soul who really cares about his customers.
Years ago, I asked him about obtaining some cheap hay to be used in the chicken coop.  He told me that one of his trailers where he stored hay had a leak and he was not going to sell the hay to his customers.  He offered us the hay for FREE!  Country Boy must have loaded 30+ bales of hay from the trailer for us to use over the next couple of years.  What a blessing that was!
Not too long ago, I finally used the last of the baled hay so I asked the owner again if he had any cheap hay we could buy to use in our coops.  He said we were welcome to all the loose hay both in his square bale trailers and the round bales in his storage barn.
So, one day, Country Boy and I grabbed our rakes, brooms, pitch forks and my face mask (later that day Country Boy wished he had brought a face mask too!) and we headed a mile down the road to the feed store to do some 'cleaning'! 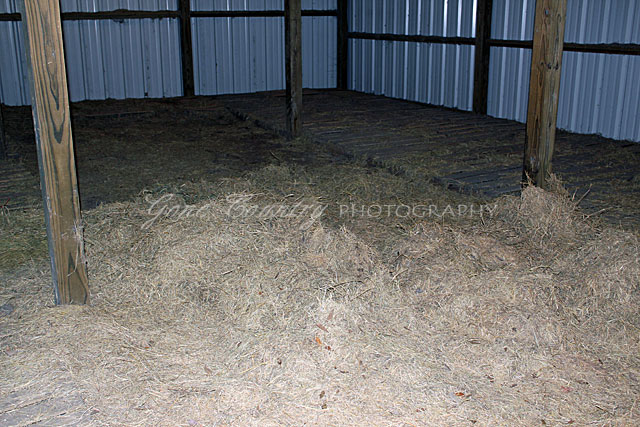 There was only one round bale of hay in this barn so we were able to clean it up pretty good.  The owner said he was having a difficult time getting round bales due to the drought in Texas last summer.
We swept, raked and pitched hay for hours.  It was dirty, dusty work but so worth it! 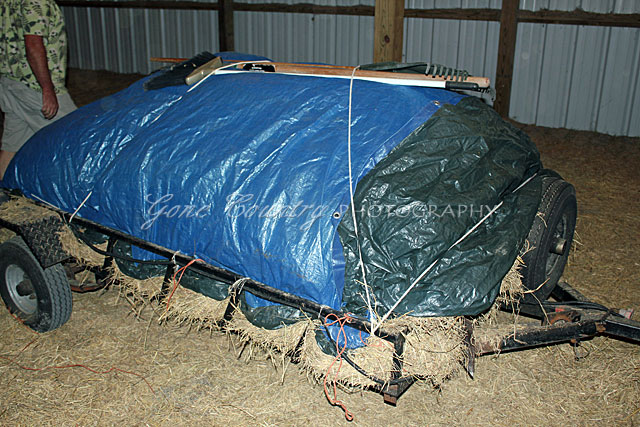 We ended up with five trailer loads full of golden hay!
This should last us for a while!
I think it was a win-win for both the owner and for us.  He got is storage units cleaned of unusable hay to him and we got some very usable hay for the chicken coop!
~~~~~
By the way, I've added the Linky Follower option on my side bar for my fellow bloggers that aren't on Blogger.  I'm still not sure what all this means regarding Blogger and Google but for those of you who would like to Follow me using the Linky tool I just thought I'd let you know that I've added it.  I guess we'll find out exactly what it all means and how it will affect us by the end of March!
I hope y'all have a great weekend!
Till next time,

Wow, that's a score! I have hay here for the horses... but i haven't thought to use it in the coop... do you use it as bedding? Right now I use pine shavings. I do put hay in the nesting boxes.. but they seem to kick it out and perhaps eat some of it. instead of leaving it all in the boxes.

i'd say that was a win-win. there's always so much loose hay scattered about the hay trailers at the feed stores. they were probably thrilled to get it cleared out!

WOW ! Thats great ! Its like that here in our village with the general store and the hardware store the owners are very helpful and really care about the customers just today Papa said he had a IOU to the hardware store that he forgot about like a tab and he just payed it they said they have a lot of locals that have a tab that they forgot to pay yet they said they are very forgiving . I love the way store owners here and in the small towns in the area have so much trust in their cutomers and vise versa also just about every customer and store owner are friends . Have a great day !

That is awesome! I love shop keepers like him!

That is great to have a relationship like that with the owner.

That was a good trade.

Boy you guys sure stay busy. "Make hay while the sun shines, I guess. Love ya...

Sounds like the perfect solution leading to a win/win! :)