The beautiful Colorado River is less than a thirty minute drive from where we're staying.  We have seen the river on several occassions and in various locations but have never actually been 'in' the river.  This past weekend we went with a coworker of CountryBoy and his wife and thier two pups down to the river.  We decided to take Miss LizzieBelle for her first (as far we know) swimming experience! 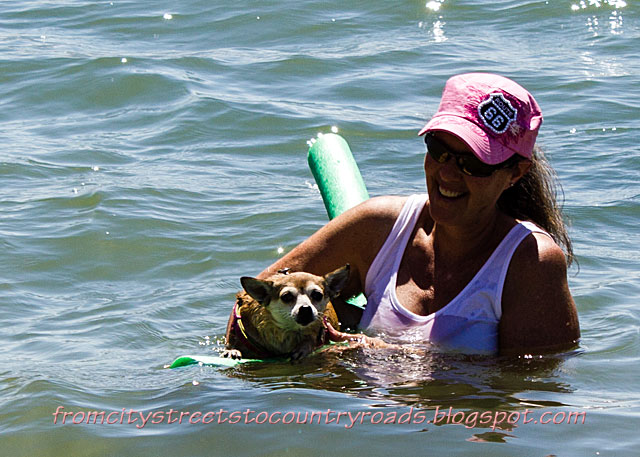 She did really well in a strange environment with so many new things going on at once.

Her doggy paddle is so cute!  CountryBoy was holding her at one point and she was still doggy paddling on his shoulder, ha!

We took a break from 'swimming lessons' and she sat on my lap while I was in the float.  I think she enjoyed that.  Her favorite part of the day was eating tiny bits of breakfast sausage and hot dogs (given to her by her new friend's Momma!) and rolling around in the dirt and grass.  Boy, was she a dirty, soggy mess but grinning from ear to ear!

Speaking of her new friends, let me introduce Sophie... 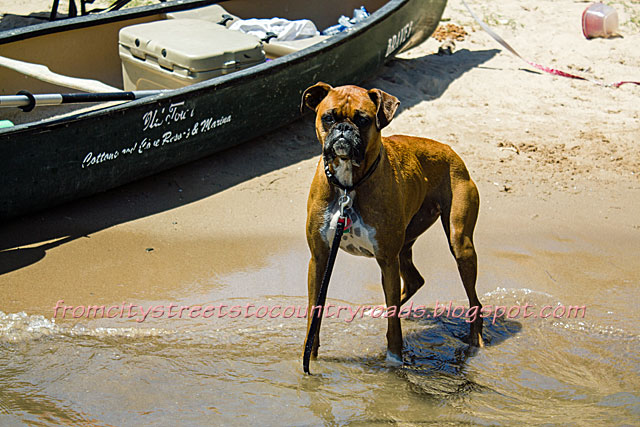 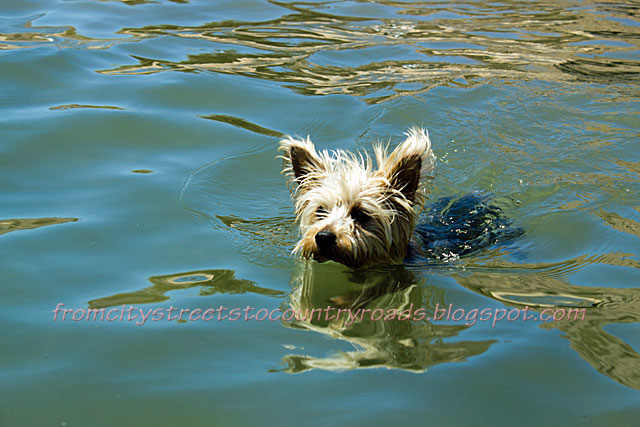 These two pups are full of energy!  It took LizzieBelle a while to warm up to them and get used to their energy levels and how fast they move.

By the end of the day, all three pups were wore slap out and slept the whole way home and the rest of the evening!  (LizzieBelle's Mom & Dad were wore out too!)

The Colorado River is a beautiful river but sadly, the people who visit the public areas do not appreciate the beauty nor do they respect the land.  There was trash everywhere.  Broken beer bottles.  Dirty diapers.  Paper plates.  Plastic bags.  Tijuana anyone?  It was horrible.  There are even signs posted everywhere that says 'No Littering' and each vehicle is given a large trash bag when entering the park.  You would think people would get a clue.  Maybe it was a language barrier thing.  I don't know.  Whatever the case, show some respect, people, no matter what your culture is especially if it is asked of you to clean up after yourself when you're on public property.

Enough about that before someone decides to call me racist.  Of which I am not.  I DO, however, expect everyone to abide by the rules and show some respect no matter their race or color of skin.

Other than that, it was a great way to beat the heat and a fun day.  The water temp was a perfect 82 degrees; quite comfy in triple digit weather! 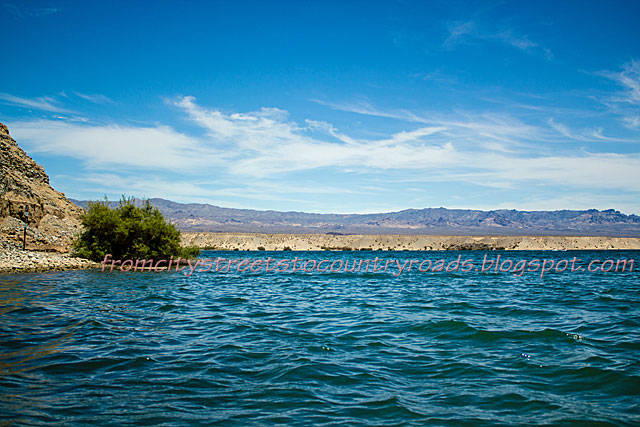 Sounds like everyone had a lot of fun! So glad Lizzie Bell got to go swimming. It's really a shame people don't have enough sense to clean up behind themselves.

So good to catch up with you!

Homeschool on the Croft said...

That looks SO beautiful. Colorado is one of these places that has lodged firmly in my heart, so I truly hope that one day I'll see it.

Like you, I'd be *mad* at folks leaving their litter in such a beautiful place... Grrrrr >:(