Good Monday morning folks!  I hope everyone had a fabulous weekend!
Country Boy and I have been busy working on and prepping our fall garden.  This is the first time we've attempted a fall garden so it's going to be interesting to see the results!  Our Spring garden did not fair well this year.  Partly due to the local wildlife helping themselves to the buffet and partly because our soil is not really soil, it's mostly sand.
So, with both those things in mind, we scoped out a new area for our fall garden.  We decided on using the old chicken run and making some major changes to it.  First, Country Boy removed the 'roof' made of chicken wire and heavy duty screen.  Then he trimmed some tree limbs as well as removing a few trees that were blocking the sunlight or just not doing well. 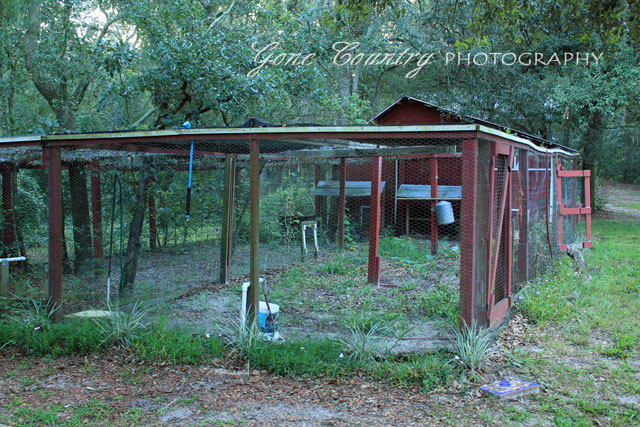 Next, he cut the vertical chicken wire in half, then we removed the weeds and hand-tilled the ground using a pitch fork to turn the soil.
We made our own raised beds using trees that were cut down to help thin the woods on our property and added some pulverized garden lime to the beds. 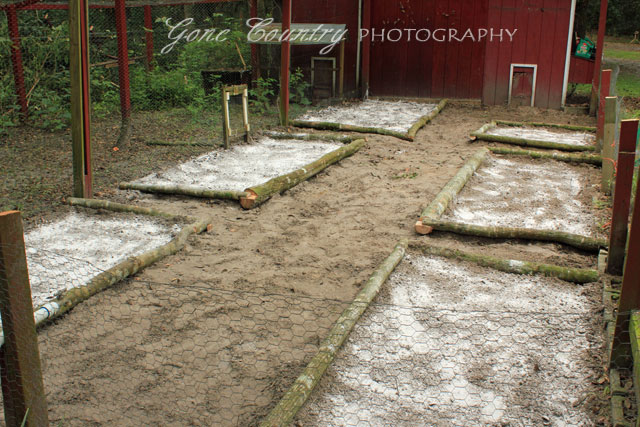 We raked and hand-tilled the lime mixing the sand soil and lime well.  We left that sit for several days and thankfully, we had several nice rains to help settle the lime.
Meanwhile, we worked on some of the finishing touches like adding top rails, stapling the chicken wire to the new supports and rails and relocating some existing plants like our banana trees.  See them in the far right corner?  We lose them every winter.  They were originally planted in shade (hmm, I wonder why with all these trees *laugh*) so we thought if they received more sunlight maybe they would come back quicker or I could cover them and maybe we'll get some bananas some year! 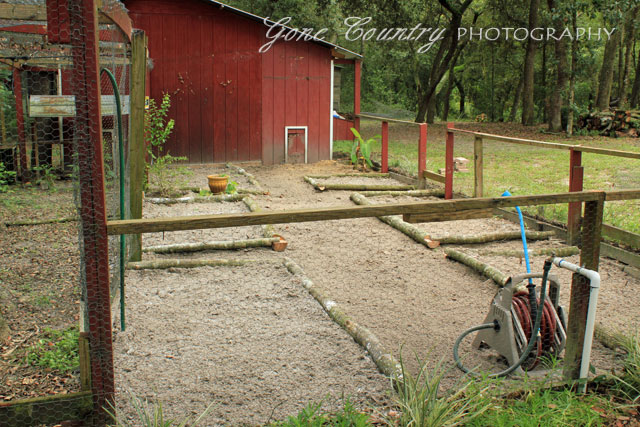 The rails will eventually get painted and I'll add some planters that will hang from the top rails for my herbs.  We still need to add a gate and the old coop will be repurposed into a garden storage shed.  Country Boy will cut a door out where the old chicken ramp is so that we can have access to the garden tools from inside the garden.  (He has to psyche himself up to tackle this project because it has been empty for quite some time and several of his not-so favorite pests have moved in!)
Meanwhile, I started several seeds in the greenhouse while we waited...beets, radishes, sweet peppers and tomatoes.  Does anyone know why my radishes get so tall and lanky?  I thought they were supposed to produce leaves closer to the radish. 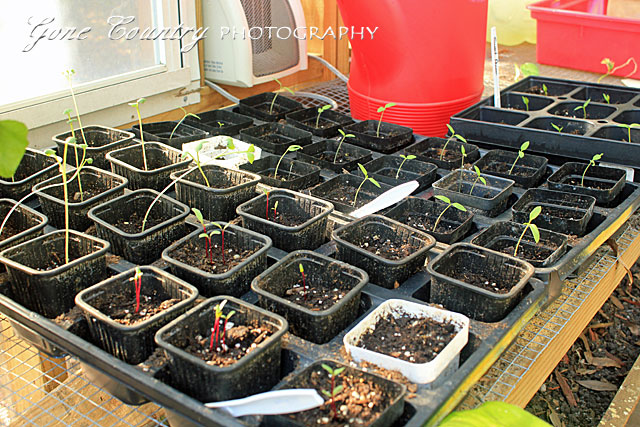 Once the garden soil is ready we'll sow the leaf lettuce, spinach, green beans, garlic chives and cabbage directly in the ground.
Since the lime has had a chance to settle, Country Boy added some of our compost from the Hillbilly Compost Bin and some organic garden soil that was a generous gift from a co-worker of Country Boy's! 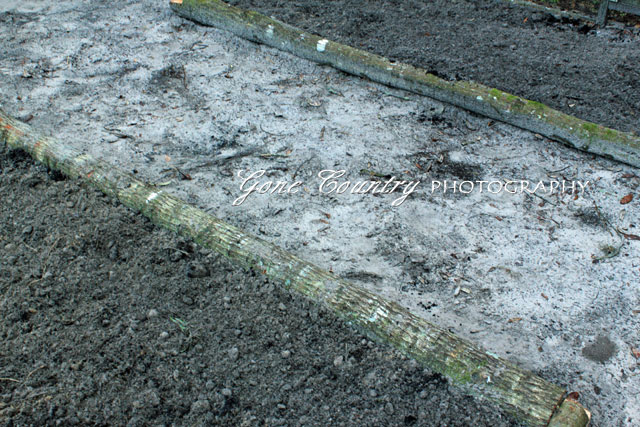 Notice the difference in the colors?  The center aisle is the original sand soil.  The soil in the beds look good!
We're praying that all the preparation we've done to the sand soil will result in a decent crop this fall!  Enough so that we can enjoy fresh food, share with family and friends and can some for later!  For those of you who have been following me for a while you know that I want a pantry full of nothing but home-grown goodies!  Yummy and so good for you!
I'm linking up at The Homestead Revival for Barn Hop #27

Stop by and check out what other homesteaders are doing!
Till next time,

It looks great!! I loved the tour of your new garden area - the old chicken run sure did come in handy!

Looks good, love the chicken wire! Mine just rusted out this year, need to look into that next spring. Have fun:@)

good luck! lots of work that hopefully will bring you some rewards!

Looking good. I didn't get a fall crop planted this year but will hopefully do that next year.

What a great way to keep unwanted critters out! Good for you for finding a new way to re-purpose the chicken coop!!

Garden luck to you both!
You did an amazing job transforming it!

Well, I am also VERY impressed! I do know how much work that was. And it looks so professional. Wishing you great abundance!!