This is the last of my vacation photos and you can say they're the beginning and the end!
It was an easy (but long) drive up.  With three drivers we were able to switch off before anyone became overly tired.  I was on my second stint of driving around 4:30 or so in the morning.  We were driving through Pennsylvania and I had been driving for about 2 1/2 hours when a slight snow flurry began.  Never having driven in or on snow I became a little concerned for the safety of everyone in the vehicle.  I was also getting very sleepy!  I pulled over at the next rest area and can I say, it was just in time!  About a mile or so down the road the flurries got thicker and thicker! 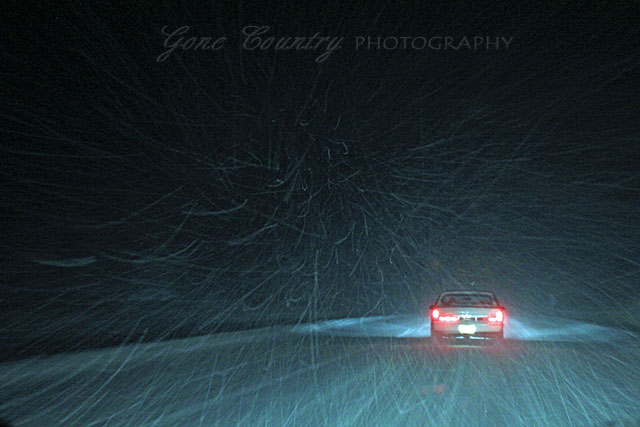 I think everyone in the car was thankful that I was no longer behind the wheel *laugh*!  I know I sure was! We were also thankful to be behind this car because the flurries were so thick that it was difficult to see the road.
We pulled over at a gas station to get some fuel and the snow plow was busy shoveling the parking lot and road. 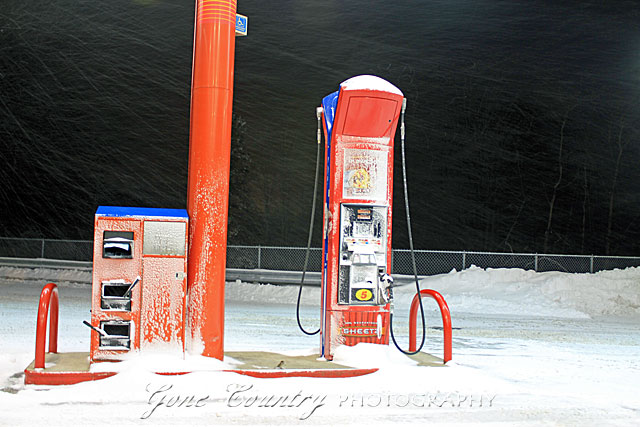 This is not the best photo but I just liked the scenery. 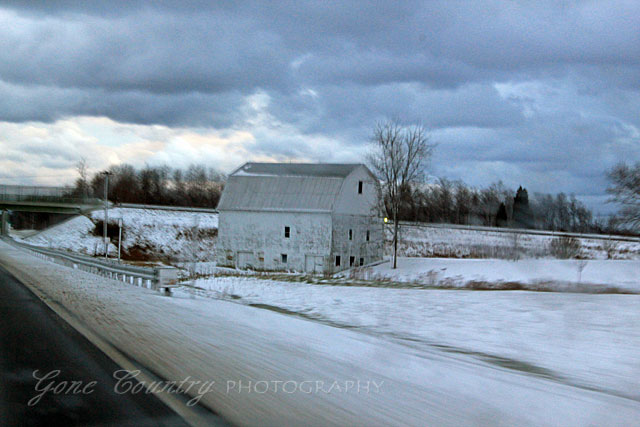 We finally made it out of Pennsylvania and it stopped snowing.  A while later, we arrived at our destination  safe and sound and totally exhausted.
After a good night's sleep, my sister-in-law and I went to the library in town and checked out some books. On the way there she drove me by this peaceful stream. 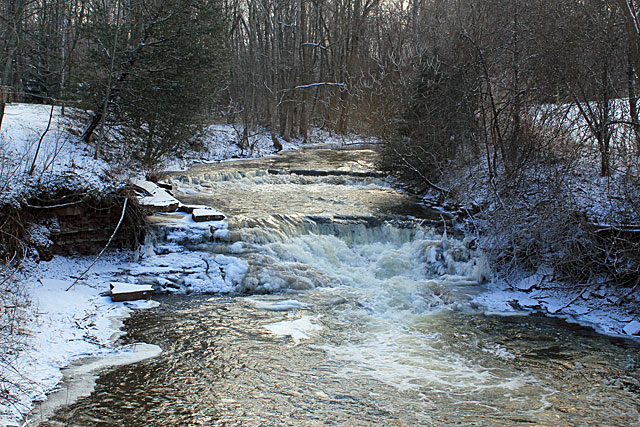 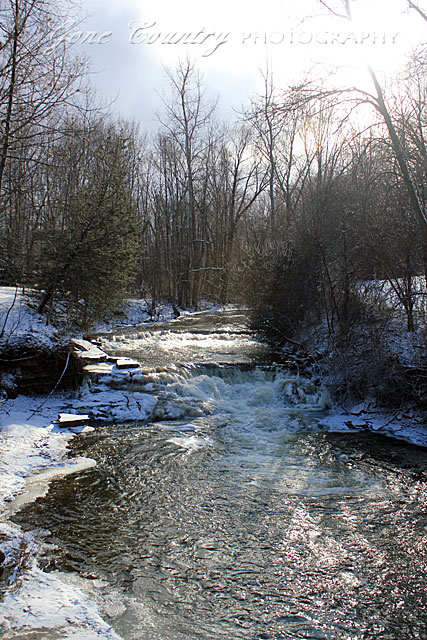 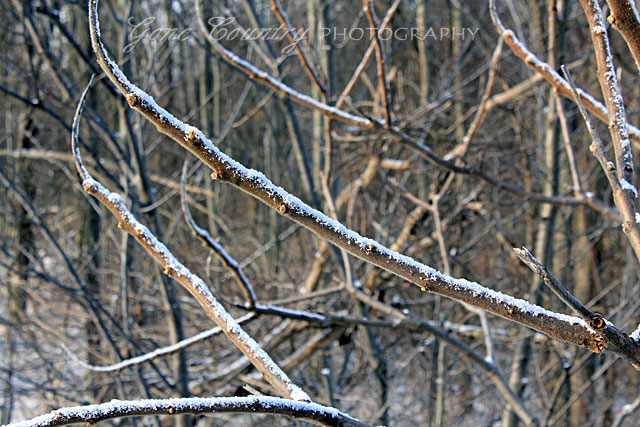 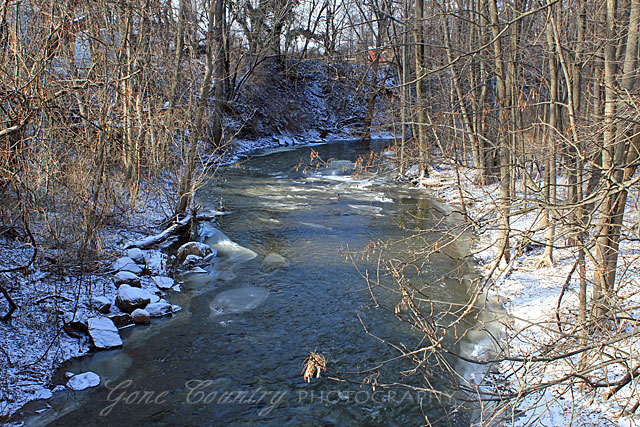 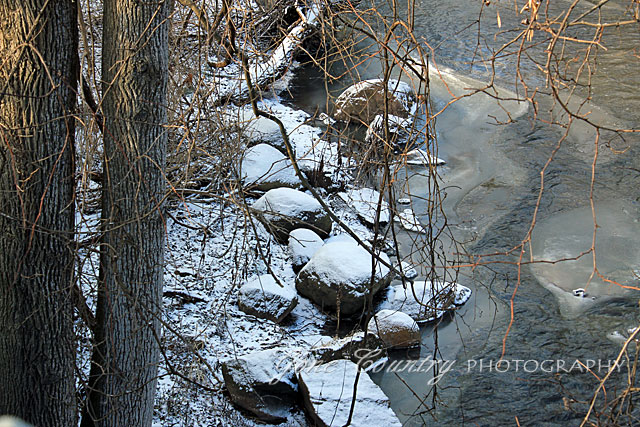 My buddy, Dufus (who reminds me of my Big'N, who you can see under my 'Cats' tab above)... 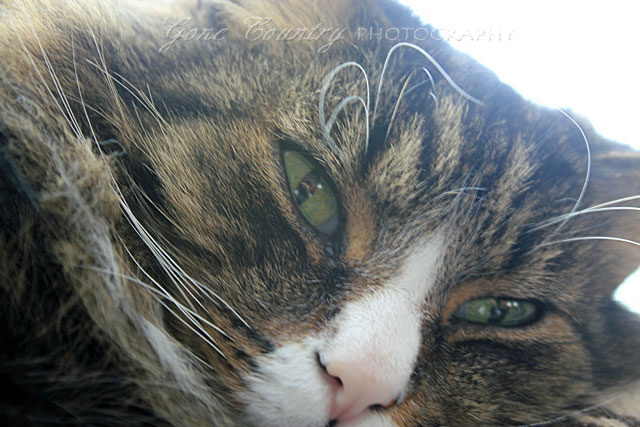 He loved to sleep on my jacket and 'help' me when I was crocheting!  He and I managed to get a scarf and hat crocheted for my sister-in-law before I left.
The way home was a little simpler and much quicker. 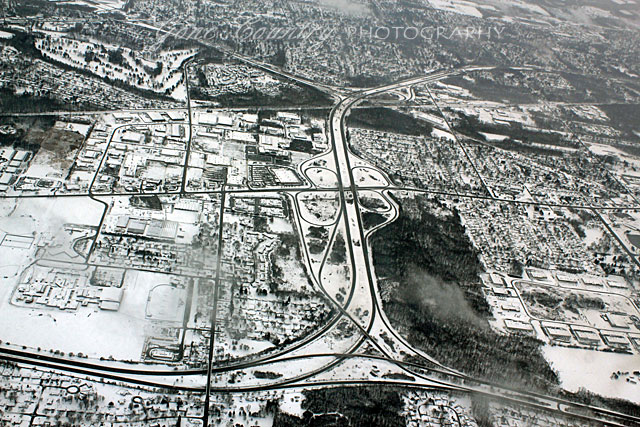 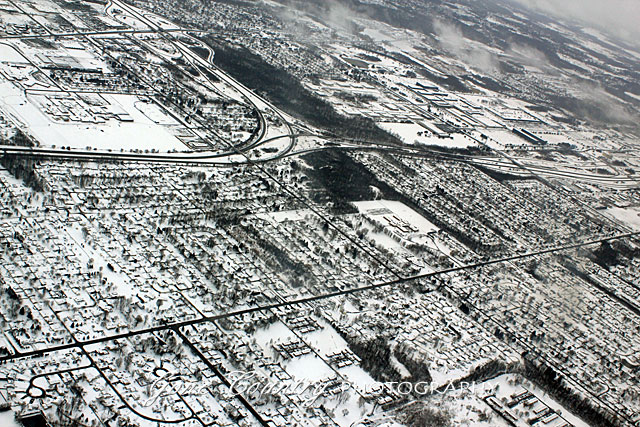 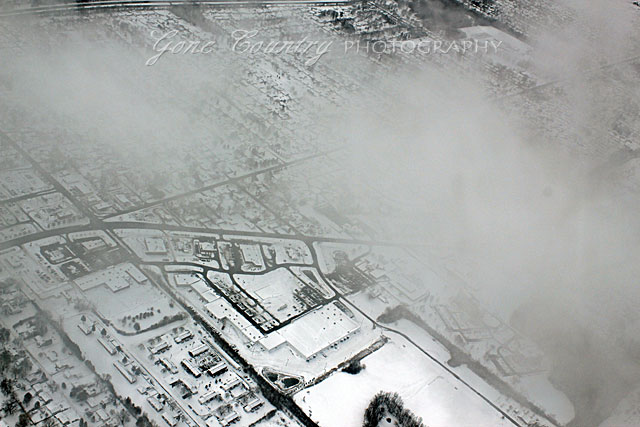 That's the end of my vacation photos.  I hope y'all enjoyed taking a look around upstate New York with me!
Till next time,

very wintry from any angle! :)

I have enjoyed all of your photos from this trip! I think the pic of the barn scene is absolutely fabulous even though it is not clear as you might have liked. I am glad you had such a great time. The countryside you were on all throughout your vacation is simply gorgeous and a beauty to behold. It is likely that I will never be upstate NY so I am grateful that you chronicled it here!

Beautiful & meaningful pics. We were bragging on your photography today to our friend! She paints.

Cool pics, loved the first one that captured the flurries:@)

Loved the all the photos! This has been a mild winter for us so far, not too much snow.
Glad you made it there and back, safe and sound!