Getting the Garden Going

Since the weather has been warm here for awhile now, I've decided to get the garden going.

It was a mess from winter neglect. 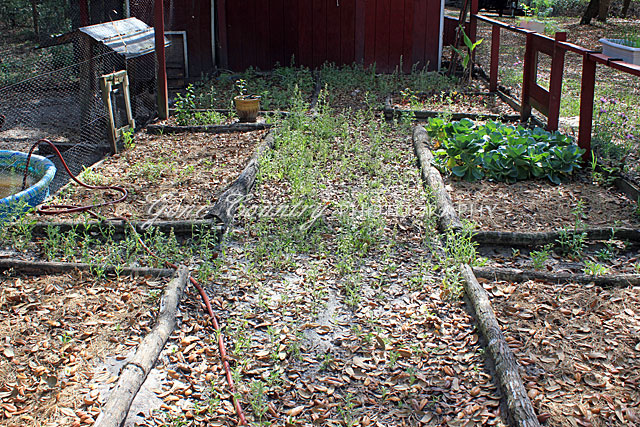 I spent a couple of days weeding and then I raked the beds to get rid of the leaves that are constantly falling and old chicken coop hay that I had put down a couple of months ago.

The chickens and ducks promptly took care of disposing the weeds for me.  Such good helpers!

The cabbage was planted last Fall and survived the winter.

I hope it tastes as good as it looks!

I planted some lima beans and okra last week.  They are already making an appearance.

Have you ever had homegrown lima beans?  We grew some last year but only got a handful of limas.  Since we weren't getting enough at one time to have with a meal I had thrown them in a baggie in the freezer.  When I got them out quite a while later, I cooked them in water with a little bit of salt added and nothing else.  They were so rich and buttery, simply delicious.  They tasted nothing like the dried, store bought lima beans that I was used to.  Country Boy loved them and couldn't get over the fact that I added nothing but salt when cooking them.  I'm hooked on homegrown limas now!  I'm hoping to get BUNCHES of them this year.

Prior to planting the limas and okra I started some tomatoes, jalapenos and banana peppers.

They're coming up nicely and when they get bigger I will transplant them into one of the garden beds.

Yesterday, I planted some potatoes and blackeyed peas and I also transplanted some tomato plants that were growing in our hillbilly compost bin.  Ya gotta love what comes out of the compost bin!

I also have lots of herbs planted in pots... basil, chives, cilantro, dill, lavender, oregano, parsley and rosemary.  I'm not quite sure what to do with the lavender yet but it smells wonderful!  I'm going to have to Google it, I reckon!

Here's the garden after getting cleaned up with everything planted except for the tomato and pepper seedlings. 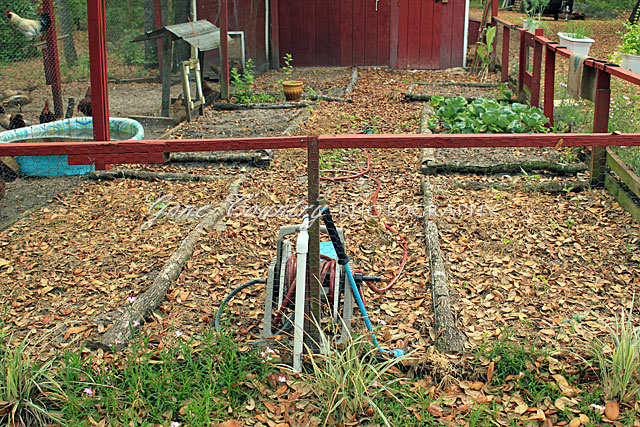 On the front two beds, I covered the seeds back up with the hay I had previously raked out as a mulch of sorts.  It worked well.  I did not cover up the other beds just yet.  I may wait a bit and see if the seeds do just as well or if I end up having to water more often.  If so, then I'll cover them with the used hay.

We bought good quality seeds this year from a feed store so we're crossing our fingers that we'll have a good yield from them. Email ThisBlogThis!Share to TwitterShare to FacebookShare to Pinterest
Labels: gardening

Oh I adore lima beans. I need to try growing some!

the cabbage looks good. you can keep the lima beans.

Everything looks great hope you get good crops this year ! Have a wonderful Easter weekend !

Happy gardening, you're way ahead of us in Philly. I remember shelling limas! Have a great Easter Weekend:@)

i wish you well with your gardening. as a kid my parents had a big old garden. so i know the taste of a home grown butter bean. they are too die for. yummy good. i would love some please. (:

Oh, I'd be making coleslaw with that cabbage! It looks great.

Thank you so much for sharing at Rural Thursdays. Have a wonderful weekend!

Oh, I enjoyed seeing your garden in it's early stage! You must live south somewhere to be working with tomato plants so soon?? The cabbage looks delicious and although we've never tried growing Lima beans, we had the same experience with black beans - DELICIOUS!! Happy gardening and can't wait to get things growing here too! Love your blog, I'll be back!