Shortly after moving here, I started a shade garden in the center of our circle drive. 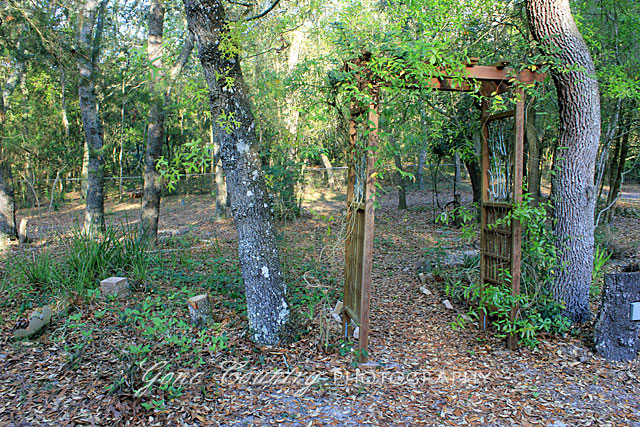 Country Boy and I dug a small pond.  OK, I started digging it but Country Boy couldn't stand to watch me digging and him not helping so he booted me out the way.  Such a sweetie!  He also built me a gazebo and we had a double glider bench on it so that we could sit and enjoy the pond.  My intentions were to have pathways meandering around this plant-filled area.

I started buying shade-loving plants and they did well for a season or two and then they would get hit by a frosty night and then take twice as long to come back and eventually most had even quit blooming.

That's when I decided to transform a piece of my front yard and relocate the plants so that they would get some partial sun and hopefully do much better.  I also wanted to be able to sit on my front porch and hear the water from the pond's waterfall.

I began with relocating the pond.  Country Boy hooked the pond pump to some existing power at the corner of the front porch and then the digging began.  I wanted to put it by the palms so that it could be seen when walking up the walkway and from the front porch. 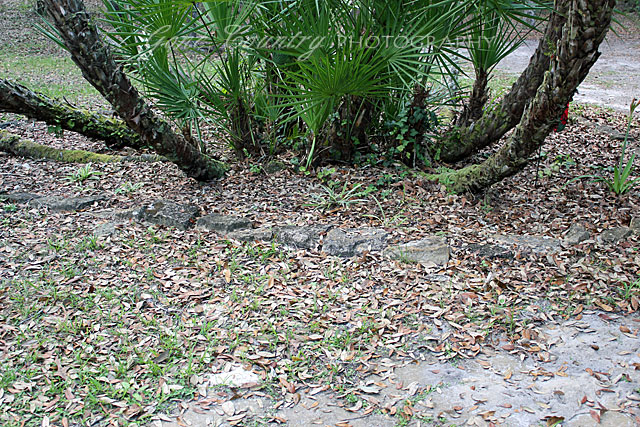 When I started to empty the old pond, I realized that there was a minnow in there that Country Boy had put in there after a fishing trip.  After filling up a bucket with water from the pond, I got the net and scooped the minnow out and put it in the bucket.  When I went to finish emptying the water, I found another minnow.  Yay!  A friend for the first minnow!

Here's Hunter checking the water to see if it's any good before I can continue on with the project... 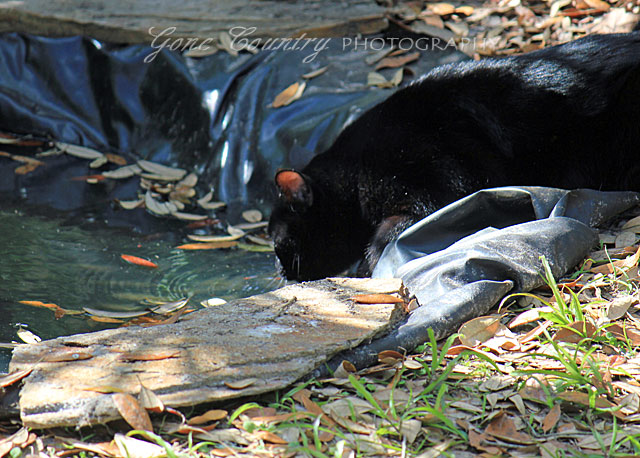 Yup, must be OK!  Let's get on with it then and see what it looks like all finished... 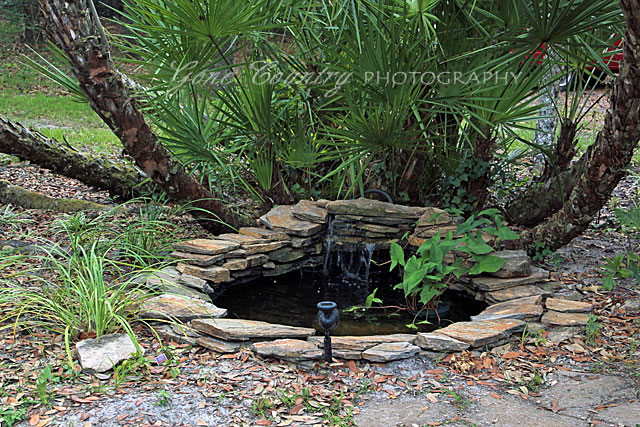 Both minnows are in there and are getting bigger.  I put a large stone in the center of the pond on top of two bricks so that they have a place to hide in case a coon discovers them and decides he's hungry!

The grassy plants to the left of the pond were relocated from the old garden.

I also relocated the arbor to the beginning of the walkway... 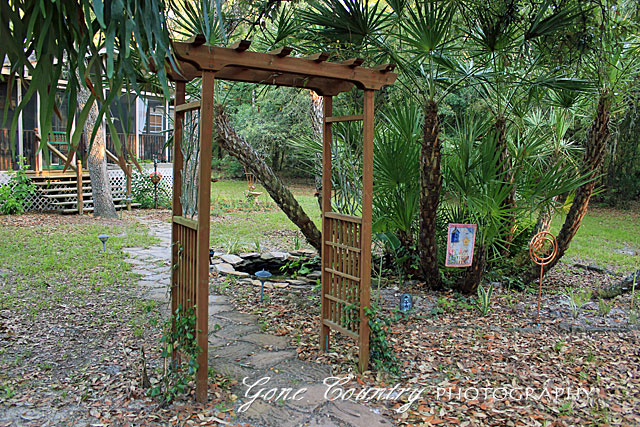 To me it says, Welcome, come on in!

There are Honeysuckle and Confederate Jasmine planted on both sides of the arbor that will one day grace the sides and the top of the arbor and smell divine!

Next up was relocating the rest of the plants... Lantana, African Irises, Yellow Irises, Mondo grass and a pot full of English Ivy into this area... 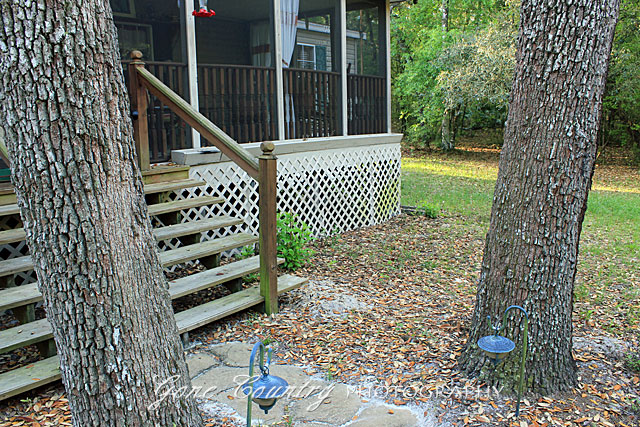 I moved the African Irises first as they were the largest of the plants that were being relocated and then we filled in the rest from there. 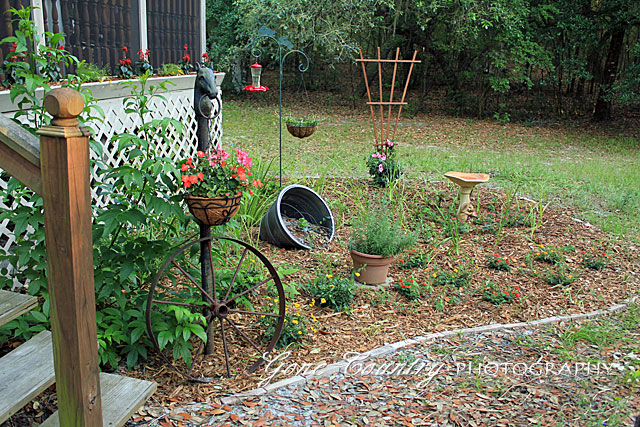 I purchased a few more native Lantanas, a pink Mandevilla to climb up the trellis... 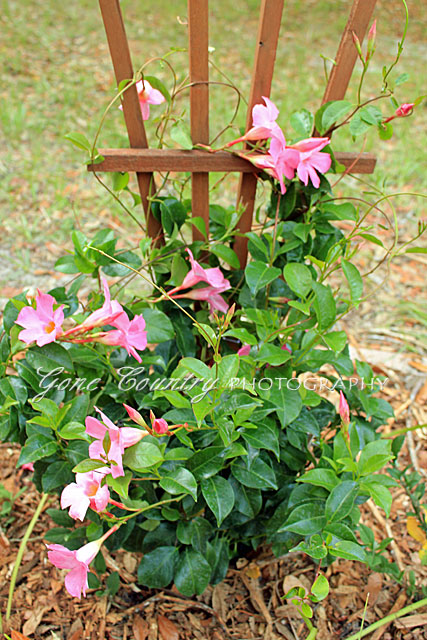 ...and some Daylillies that my hubby loves! 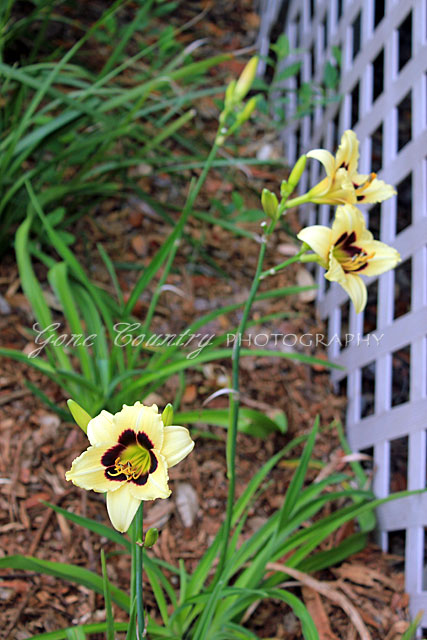 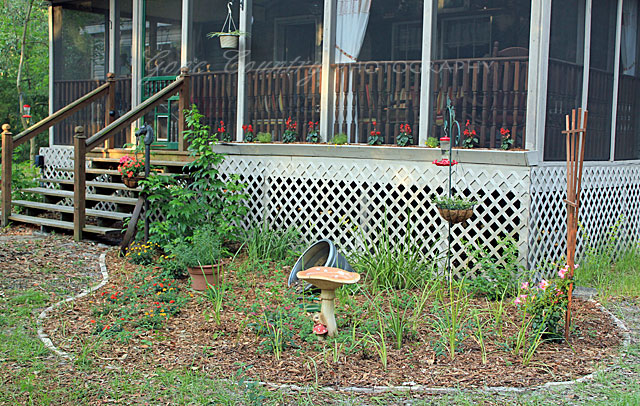 The tall grassy looking things are all off-shoots from the African Iris.  Free plants!

I relocated the bricks as well as the trellis and decorative items and got the mulch from a neighbor who got it from the county (for free!) when they were out and about trimming trees.  So, all-in-all, not a lot of money was spent on this front-yard transformation, woohoo! 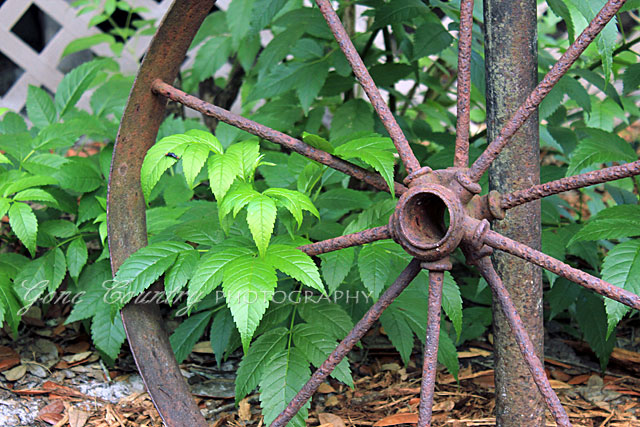 I've already had some visitors at the garden... 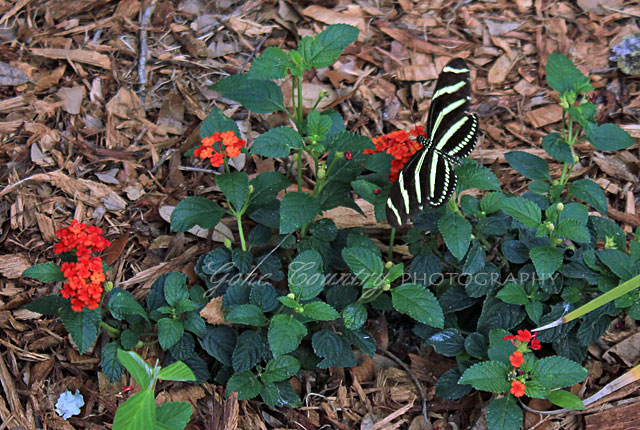 A Zebra Longwing (along with many other species of butterflies not pictured) checks out the Lantana and Precious is 'helping' Mommy put the mulch down!  (She's not really much help, but she's good company!) 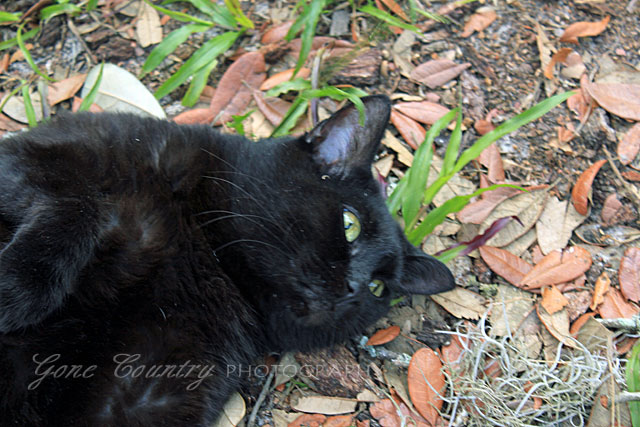 So, welcome to my front yard!  Come sit a while on my front porch.  We'll sip some southern sweet tea and enjoy the sights and sounds of the wildlife!

So lovely! Flower gardens have always spoken to me. Love seeing them go from one color to the next as the flowering season changes. :-))

I really need to visit your blog more often. What a stress breaker! Love it! :-)

So interesting to hear your thoughts and see what you are doing. Looks so good. Thanks for letting us share it. Joan

Not a lot of money but sure a lot of back breaking work. I do know you enjoy doing it. Sure looks purdy!

Beautiful! Can't wait to see it in person.

I want to have a pond like that someday -- you did beautifully!