I spent most of yesterday outdoors playing working in the veggie garden.  I weeded, raked about four inches of leaves out of the walkways and gave them to the chickens to scratch around in, transplanted some  tomato and pepper plants, planted some more seed potatoes and filled in some 'holes' in the okra and blackeye pea beds.

I was working in the potato bed and prepping it to plant a few more seed potatoes.  I left the garden area for a minute to go get the seed potatoes and when I came back I saw what appeared to be a huge butterfly lying on the ground that I've never seen around here before.

It wasn't there a minute ago and I thought it was dead.  So, I decided to pick it up and move it somewhere else so that I could take pictures of it later.  It was very soft and fuzzy and very much ALIVE!  I left it be and literally ran to the back porch to grab my camera and ran back.  (Don't laugh now, I can run if I need to, especially if it involves getting a good shot with the camera!  The things we photographers do...)

I disturbed him so he flew over to an old kitchen mat that was hanging over the fence and posed for me. 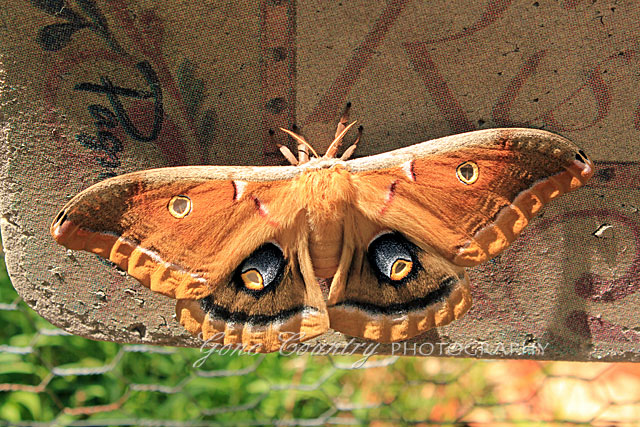 I knew it wasn't a butterfly because of the huge body and thick legs so I looked up moths on the Internet and found out it is a Polyphemus Moth. 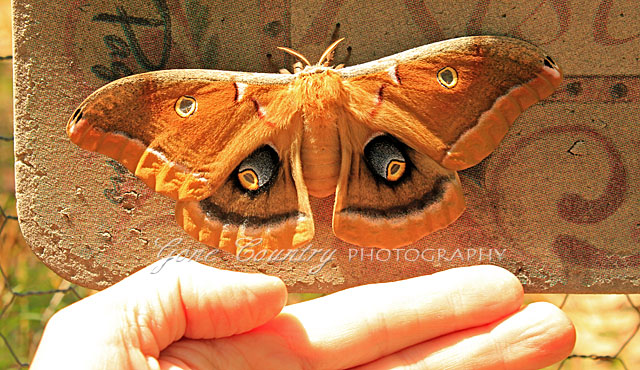 Wikipedia says they can have a wingspan of up to six inches.  After measuring my hand, this one is every bit of six inches. 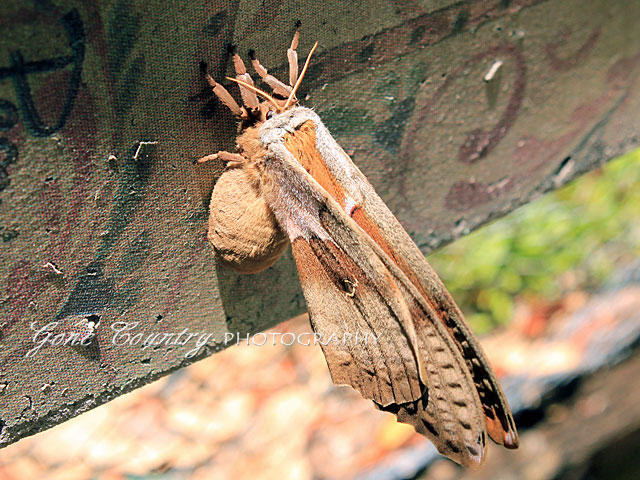 It kinda looks like a spider with wings from this angle.

I took a little break during the heat of the afternoon and was sitting on my front porch when I heard the Bluejays out and about.  I'd mentioned a while back that I had only seen one Bluejay around here.  Well, now we have three! 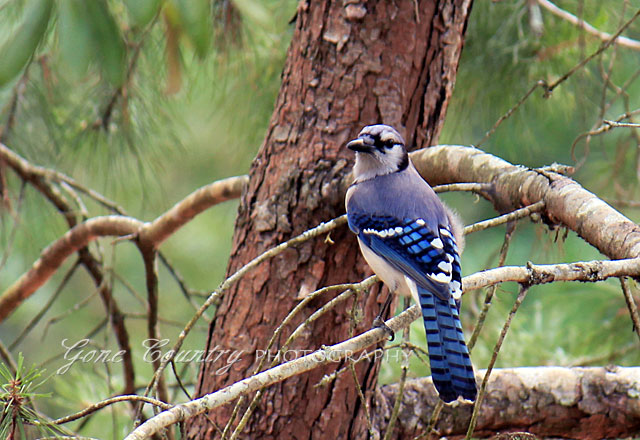 I'm hoping they'll behave and get along with all my other birds.  So far, so good.

While I was sitting on the porch watching the Bluejays I heard some commotion out by the road and then a single shot fired.  Directly a neighbor called and said to meet them at the fence.

(Mom, you can stop reading right now.  Trust me!)

I meandered over (without taking my camera even though something told me to) and I see some neighbors standing around and a shotgun leaning up against the fence.  Oh boy, this can't be good.

One of the neighbors asked me if I was missing any eggs or chickens.  Nope, I said then asked why.  Here's why... 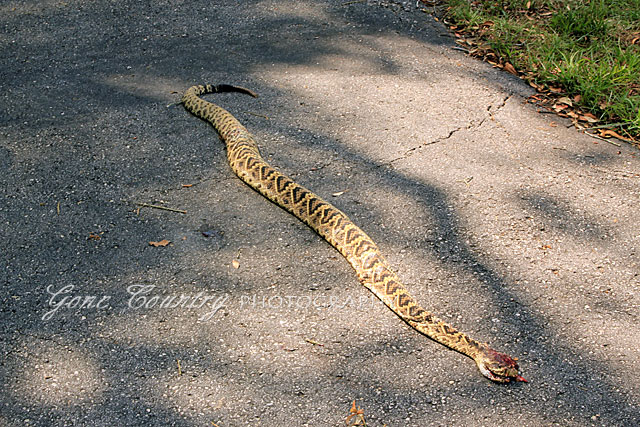 A neighbor saw him crossing the road.  Apparently he came out of the edge of my property and was heading over to the neighbors. 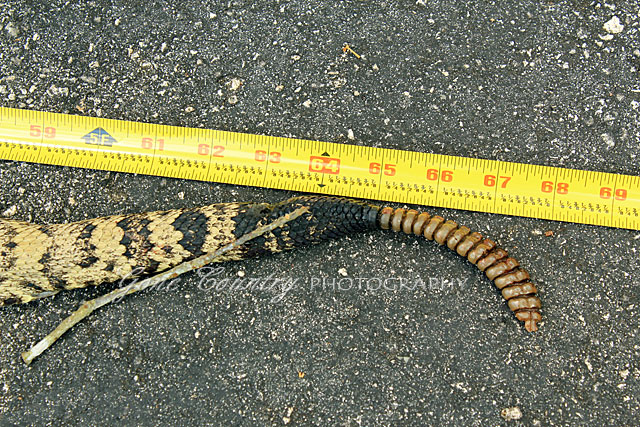 We're always cautious around here but this is another reason to NOT get complacent just because we haven't seen a snake in a while.  Hopefully, he was just passing through.  I'm guessing it's mating season so they're on the move looking for mates. 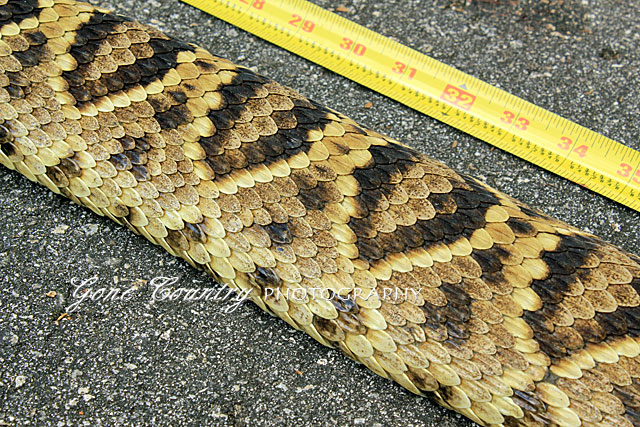 Several unusual sightings all in one day.  I'm glad I didn't miss them!

(You kept reading didn't you Mom?   I warned you!)

Y'all know how Mom's are... she worries about Country Boy and I living out here in the country.

Speaking of Mom's, I want to wish all you Mom's a Happy early Mother's Day!

the moth is wonderful! love seeing special sights like that! the snake is amazing too, but i'd be a bit more nervous about its presence!

Where are you at that you have rattlesnakes? What state? We are in Virginia and have had one rattlesnake (that we know of) on our property and that was in June of 2008. Our dog found it and was bitten. She survived. :-)

Loved seeing the beautiful moth and blue jay, but the snake not so much. Sorry snake.
Have yourself a wonderful (and safe) weekend!!!
Hugs,
Zuzu

OMG! Loved the moth and the blue jay but the snake I could do without. I can't believe the size of that thing...I hope I NEVER see one of those here in our part of Kansas! Thank goodness the neighbor saw this fellow crossing the road or it could have been in your chicken coop one morning...oh what a thought. Stay safe and I hope you had a wonderful day!
Maura :)

Oh my the snake would have put my over the edge. We have them here in SC but I have never seen one up close!