CountryBoy and I have always been fascinated with Route 66.  Then, we watched the animated movie Cars and became even more fascinated with it.  We wondered where it began, where it ended and what states it meandered across.

We've looked on maps but were never able to find it partly because we weren't sure which states to look in and partly because Interstate 40 has taken over Route 66.

While traveling through Arizona during our sightseeing adventures, we discovered a couple of little sections of Route 66.  Well, if you know us at all then you know that we drove those sections to satisfy our curiosity!

This first section of Route 66 is north from Kingman to Seligman.  There was nothing spectacular on this section until we came across an awesome service station outside of Hackberry. 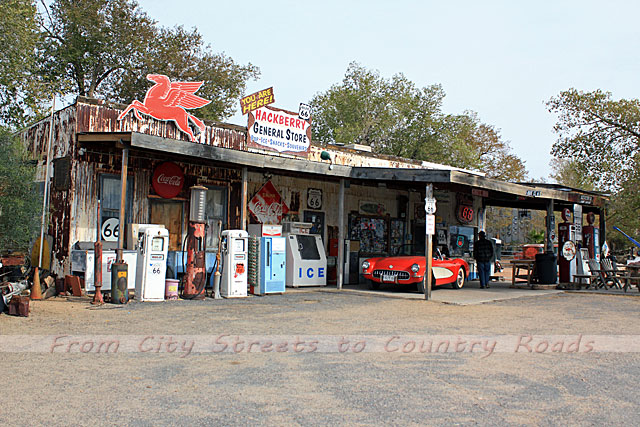 Of course we had to stop! 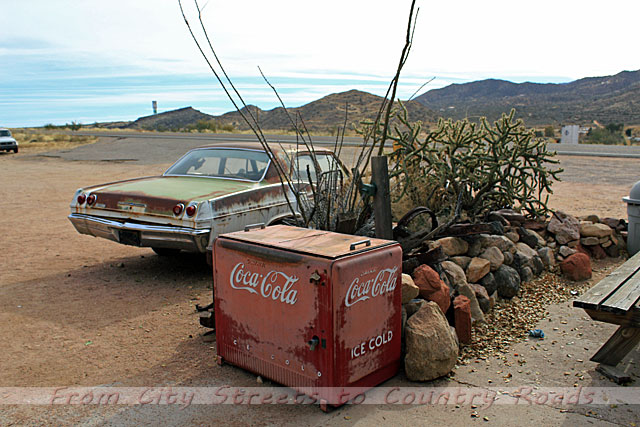 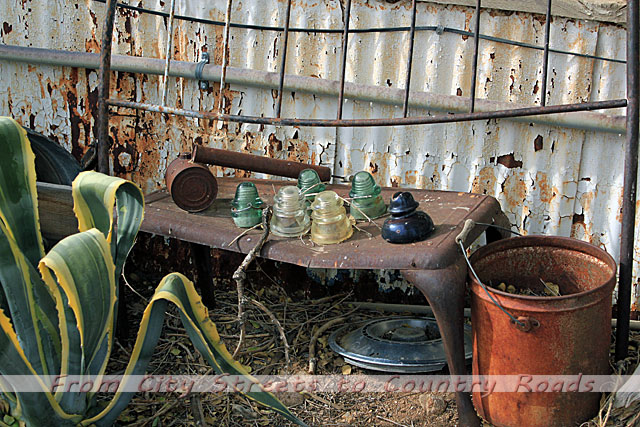 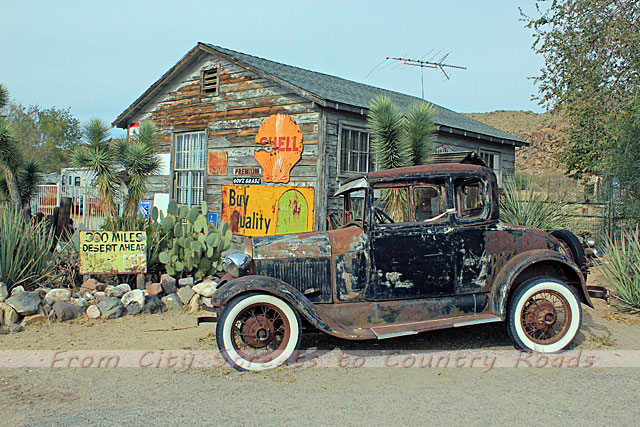 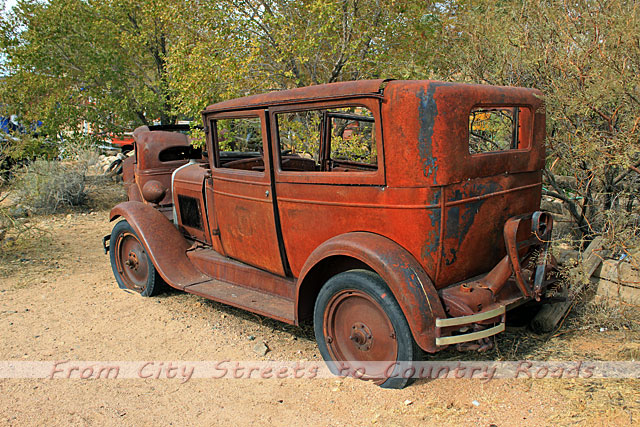 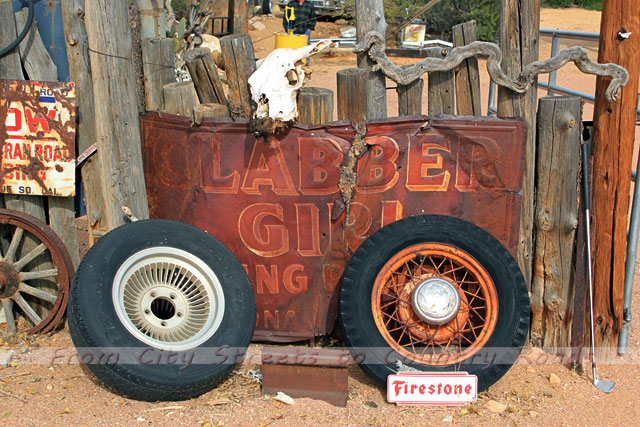 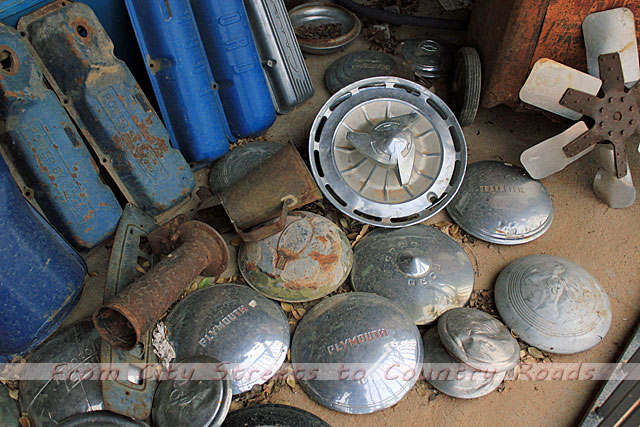 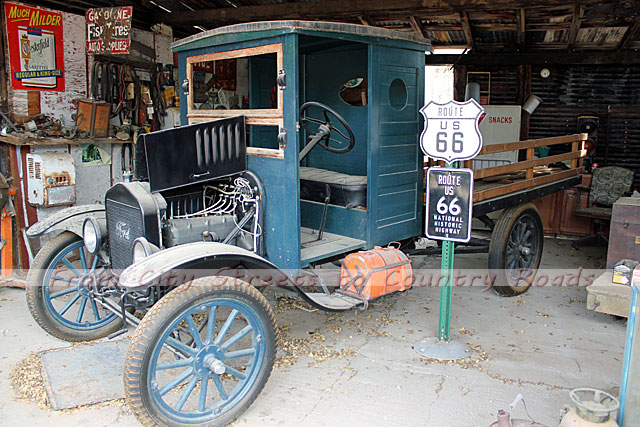 We thoroughly enjoyed walking around and seeing all the old cars and car parts and trying to image them back in the heyday of Route 66.

What fun! Love all those rusty old relics.

Oooh, the horsie with wings sign! I remember those. Such a great place to stop and spend a bit of time reminiscing. :-))

Lovely photos . I can just imagine how it was back then . There is a movie called Route 66 and a documentary about the history of route 66 I saw years ago . Looks like fun. Thanks for sharing . Have a good day !

Neat place!! A must stop place!! When we were in Flagstaff- they advertise and toot about Route 66.

Transported back in time!
How fun!