CountryBoy and I celebrated 13 years of marital bliss on the 13th of November!  As with most marriages we've had our ups and downs physically and financially but through it all we have stuck by each other, even without any arguments (hard to believe but it's true).  It's been an awesome adventure and we're praying for many, many more years to share together!

Speaking of adventure, we're about to embark on a new one as I mentioned HERE.  But, back to our anniversary.  CountryBoy took the day off and we drove around the countryside so that I could get some photos and see this extraordinary (and so different than what we're used to!) landscape. 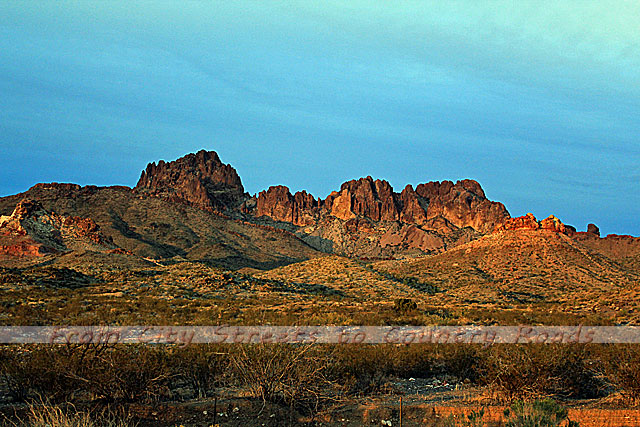 We stopped at the Nevada Arizona border and had a picnic lunch by the Colorado River.  Arizona is to the left of the river and Nevada to the right. 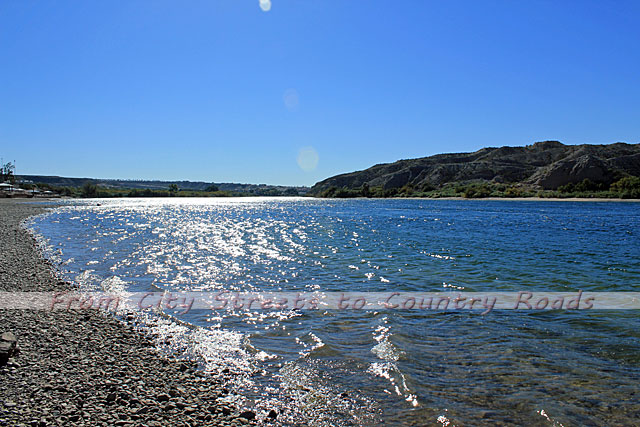 A view of Nevada and one of its many casinos. 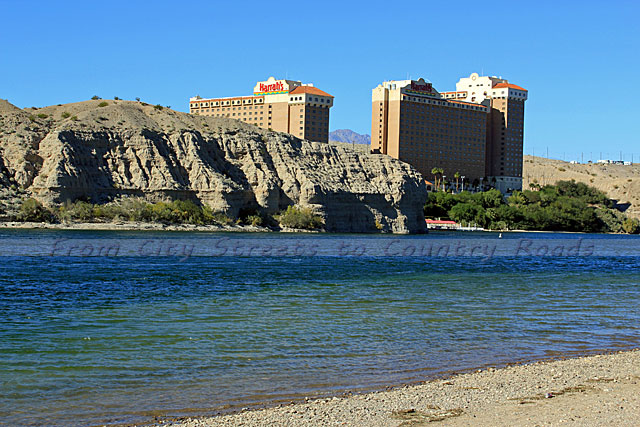 One pigeon came to visit while we were eating and CountryBoy couldn't resist giving it a cracker.  Next thing we knew we were swarmed with all sorts of birds!

Here's a few of CountryBoy's buddies... 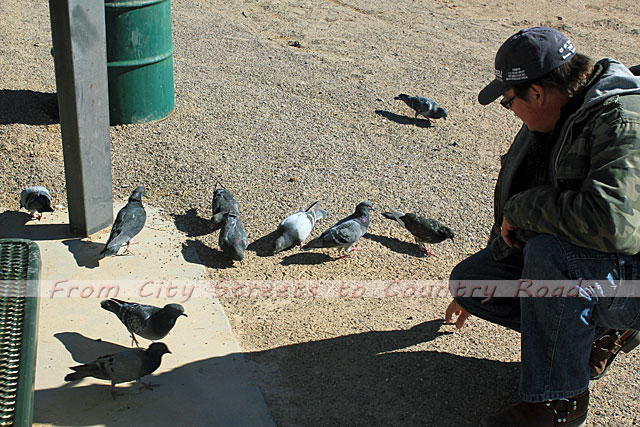 On the way to our picnic spot, the brakes started freezing up on us (not good when you're traveling through the mountains, yikes!) so we ended up having to spend the afternoon killing some time while we had some work done to the truck.  They replaced the master cylinder, rotors, pads, yep, the whole nine yards.  Cha-ching.  Happy Anniversary Babe!

Oh well, we were happy that they could fix it in a couple of hours and that we were much safer now on the road.

Meanwhile, we found a nice coffee shop and sat down for a cuppa Joe then we meandered over to Joann's where I bought some gorgeous Christmas fabric that was 50% off.  (That's when I checked out the sewing machines.)  While I was getting the fabric cut, CountryBoy sat down at the pattern tables and promptly dozed off.

In stores such as Joann's or Michael's I can shop as long as I want as long as there's a man-bench, as CountryBoy calls them, or in this case a chair.  He will sit and people watch or fall asleep.  It's a win-win for both of us!

That evening, we had a free night's stay at a hotel so we packed an overnight bag and headed that way.  It was horrible.  The walls were thin.  Our neighbors had the TV blaring and were trying to talk above the TV. The AC/heater did not have a fan setting where you could just run the fan that would've helped drown out the neighbors.  The mattress was too firm.  And the buffet left much to be desired.  Needless to say, we were happy to leave when morning came and in this instance, we got what we paid for, ha!

We headed to Boulder City on our way to the Hoover Dam and had a yummy breakfast at Mel's Diner. 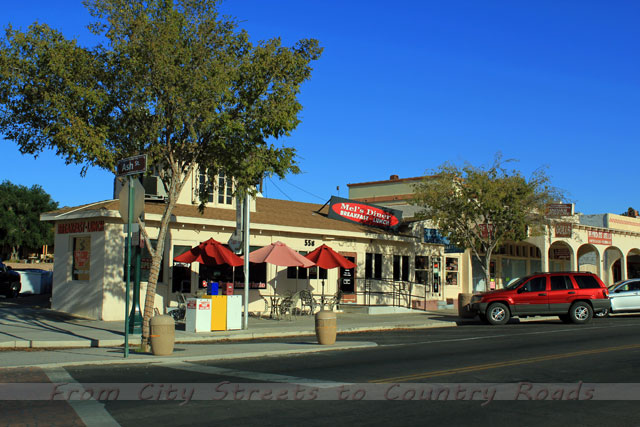 They advertised farm fresh eggs on the menu and they really were farm fresh and the hash browns had onions in them, yum!  We were really pleased (and full).  Much better than the night before and a great way to start the day.

Boulder City is a cute town. 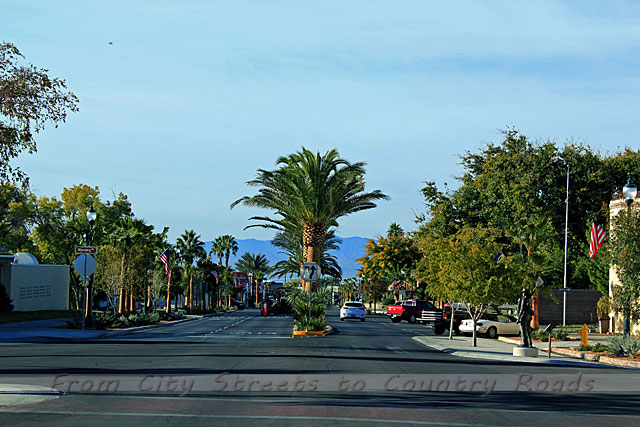 Could it be that the palm trees reminded me of home?!

We drove on over to Hoover Dam.  Wow!  What an amazing feat! 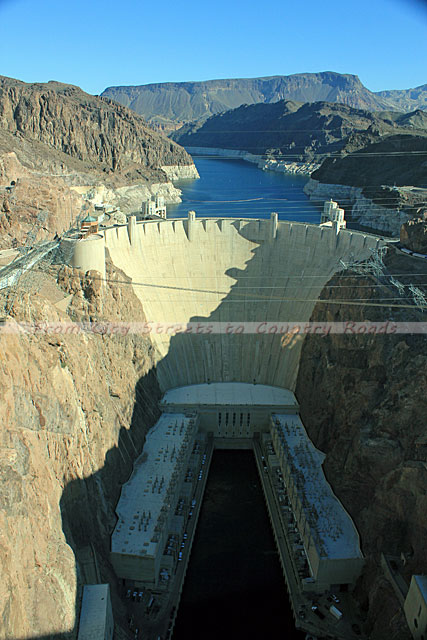 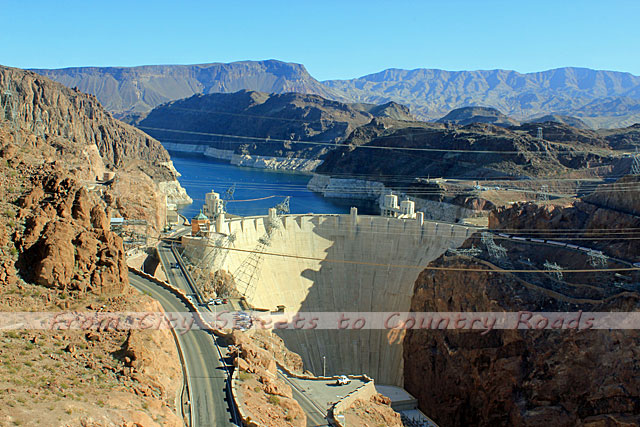 Even the bridge is amazing.  We walked halfway across it so I could get the previous shots of the dam. 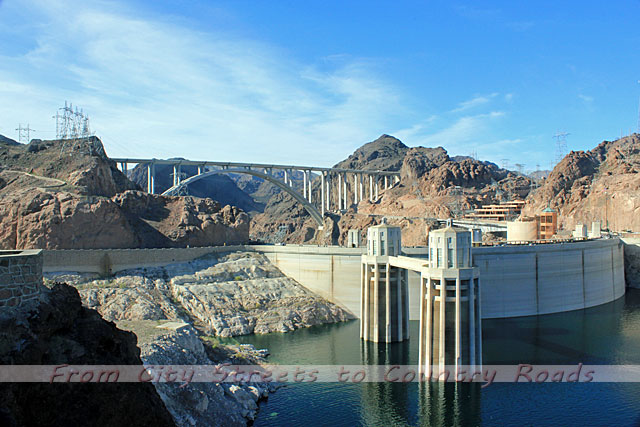 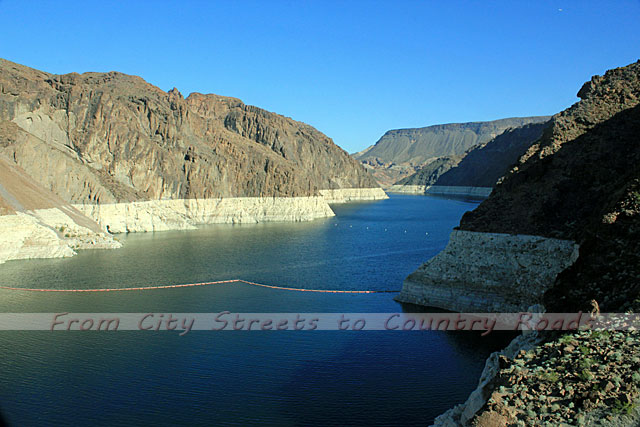 And here we have people throwing money away... 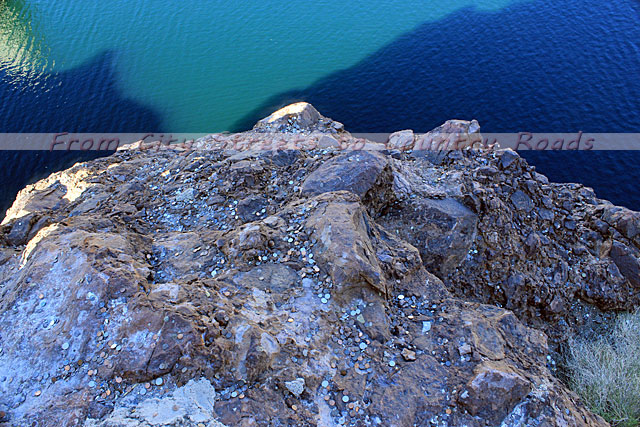 I wonder how old some of those coins are!

happy belated anniversary! i hope your 14th year will be full of more great adventures together. :)

Yikes, what an anniversary! You have a good, positive attitude, though, I must say. Enjoyed your pics so much and very excited about your new adventure! So glad you are keeping us posted. Oh! Happy 13th Anniversary!!

Lovely photos ! Congrats to you both Happy belated Anniversary .