I've never been one to wear scarves.  I never needed a scarf when living in Florida.  But now, it seems that scarves are in style. Yes, even in Florida!  Maybe not the warm and practical ones but definitely the stylish, pretty and fun ones.

This time last year, I was going to visit family in upstate New York, where it's cold, windy and snowy.  I thought that would be a good time to get a scarf or two to help keep me warm.

So, Christmas before last, I started collecting a few scarves.  OK, two scarves to be exact.  And both of them are pink (imagine that!) and practical.

Now that I'm out west where it's cold and the wind is horrendous I thought it was time to add another scarf or two to my collection.  A pretty and fun scarf that can be worn to church or that would dress up a pair of jeans and cowboy boots!  And preferably, one that I made.

Yesterday I mentioned that I was going to spend part of the day trying to figure out the Boutique Sashay yarn from Red Heart that I bought to make a ruffled scarf using a pattern I found in a crochet magazine. 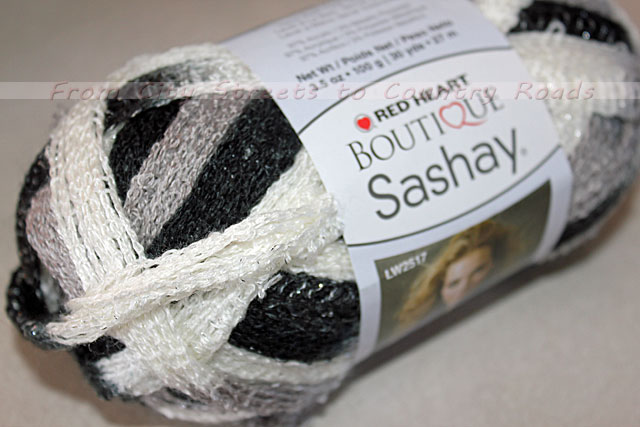 This yarn is not your typical one-strand yarn. 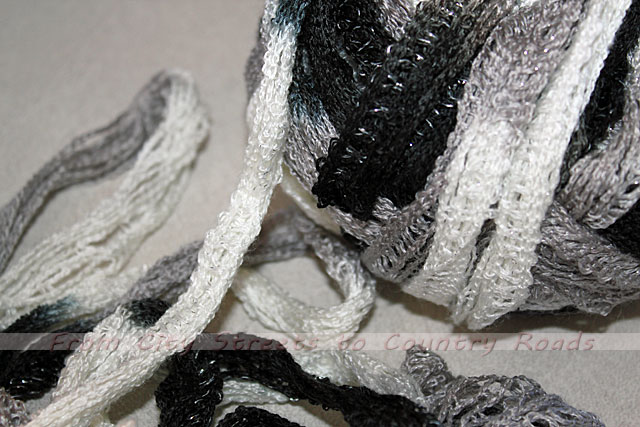 And then, you open it up and stretch it out... 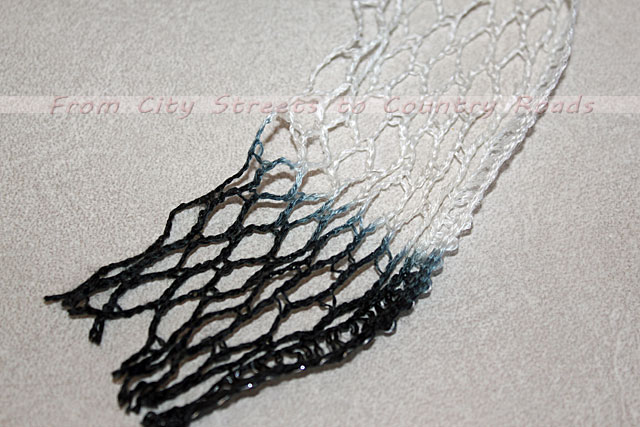 Yikes!  What the heck do I do with THAT?!

After reading the instructions several times I started working on the scarf hoping that it would all start making sense as I went along.

So, I googled video instructions on how to use this type of yarn.  I found a video from Red Heart, the manufacturers of this yarn, and watched it.  The video cleared up a few questions but was not produced very well and a lot of the instructions were left out (like starting Row 1 after the chain, the most difficult row when crocheting) leaving me still in a quandary.

I started and ripped out at least five times.

Then I happened upon THIS video and it was the exact look I was going for and super, duper easy.

From beginning to end, it took less than two hours to make this scarf. 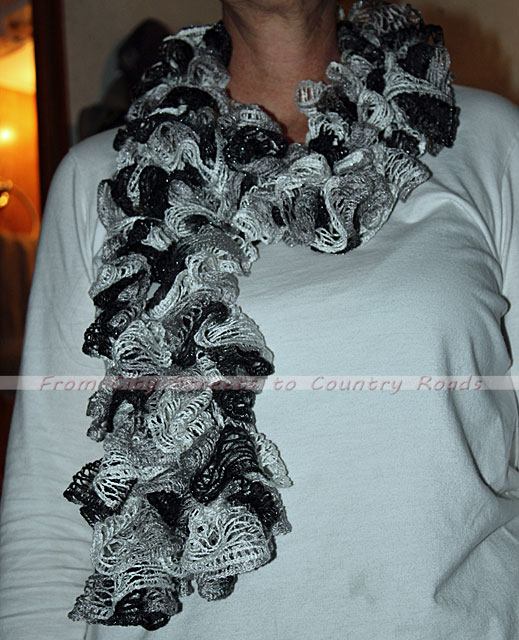 In fact, the original pattern I was going to follow called for two skeins to make one scarf whereas this pattern only took one to make an approximately seven foot long scarf.

I'm sure you know what I did with the other skein... I made a second scarf after supper! 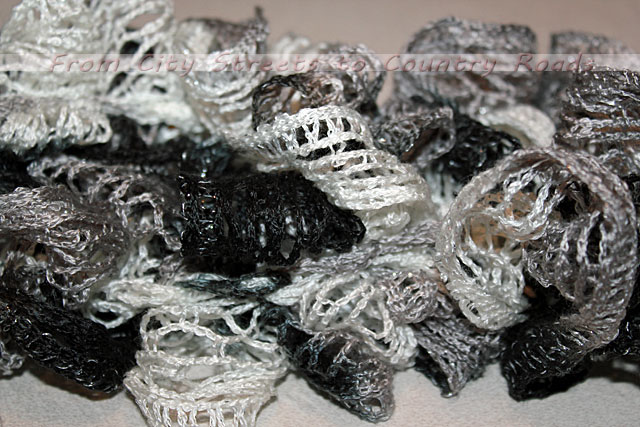 They're super fun and easy to make so I will be making lots more of these in every color that Red Heart offers and I'll be posting them on my ETSY site for purchase (after I've made myself one of each, heehee!).

If you'd like a scarf or two like this and would rather not go through ETSY than just email me and I'll be happy to whip one (or two) up for you.  The yarn comes in many different colors so I'm sure we could find something that would suit your style and taste, woohoo!

Are you working on any craft projects or renovation projects right now?  I'd love to hear about them!

Awesome looks wonderful , great job ! I am not much of a crafter , my craft is photography . I would like to make my own aprons soon though I have a machine and I love all the print material I can get we have a huge material ware house here that has everything from yarn to every type of material you can think of and crafting stuff it is one of the largest places I have ever seen I think it is the largest of it's kind it is called Lens Mill http://www.lensmill.com/ you want yarn holly cow they have yarn . Any who one day I hope to craft like my mum did , sewing , knitting , crochet and embroidery . Have a good day !

Good job on the scarf, would look great at church or with cowboy books. Glad you got beyond the frog stitch (ripit, ripit, ripit, LOL)

Your scarf looks great! I always think I want to knit and buy the yarn, but never quite get my projects finished. Honestly, knitting puts me to sleep these days, so I only can get a row or two done before I'm snoozing.
Cindy

Your scarf turned out cute! That's a very interesting yarn. I look forward to nosing around the yarn isles, that will be new to me. Happy 2013:@)

Hope you and Country Boy are doing well and that his health is improving. I like your scarf, your persistence paid off.

I must say, I am super impressed at your persistence and the end result. You are something else! I've been wearing scarves this winter and I love them. The style of this one suits me, too. I will take a look at your Etsy shop. :)