My sister-in-law has two four-legged fur babies that I got to look after, walk and spoil with treats while she was back home visiting her two-legged, non-furry adult babies and grandbabies the last two weeks.
Without further ado, may I introduce Taz and Buster... 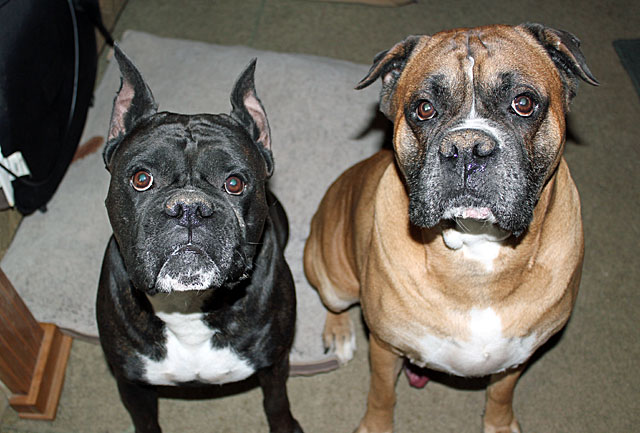 Two silly boys that gave me a good workout when we went for our walks. 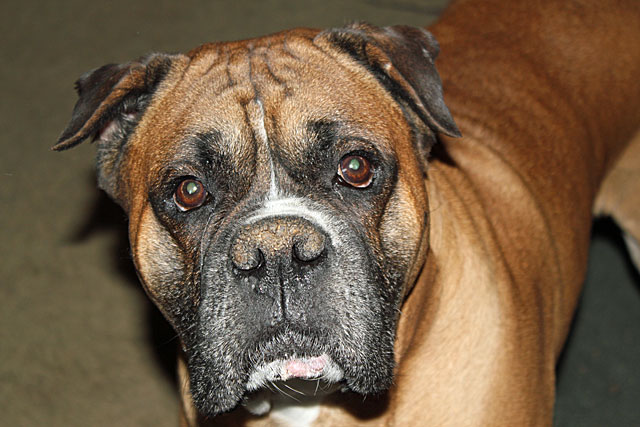 and when Taz realizes Buster sees something then he's running over to get in on the action too. 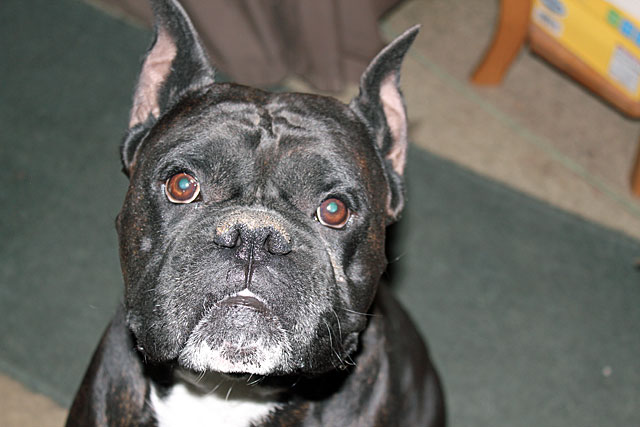 Aren't they cute?  How can anyone resist those faces?!
I know LizzieBelle likes Da Boys.  She runs around and doggy dances in front of them trying to get them to notice her.  They notice her alright!  She's such a flirt!

I saw my first desert snake thanks to these two!

Luckily, the snake skidaddled to another bush when the boys weren't looking so no harm was done to the boys or to the snake.  They continued to sniff and dig and check out the bush where they first spotted the snake never knowing that the snake was long gone.  Silly boys!

Da Boys and I enjoyed our visits and walks and got into a comfortable routine but they sure were happy to see their Mama walk in the door!  There's nothing like the loyalty and faithfulness of a dog and its owner.

I'm laughing so hard at these two. You know I adore flat nose pups... especially ones with dirt on their nose. LOL

Adorable furry family members-No doubt you had a good time with them and then promptly sent them home spoiled.

Love it. Thanks for sharing.

they are SO cute!

Nothing better then having fur babies . They are cute . Glad you and the pups had a good time and all got along well ! Thanks for sharing ! Have a good day !

No doubt they kept you busy! Cute:@)

Precious boys! Glad the snake didn't bite one of them. That would have been horrible. I can just imagine LizzieBelle flirting! lol

Stopping by to say hello! Cute little nephews you have there. :)

Coloring Outside the Lines said...

Oh how cute~ sounds like you are having a great time.

Thank you for your sweet words and prayers!

Pet sitting is fun, but I'm always glad to give them back to Mom and Pop. Sounds like you got some exercise out of the deal and some desert delights too.
Cindy

What SWEET faces! I know they have lots of energy.