Let me introduce you to two soon-to-be new farmhands... 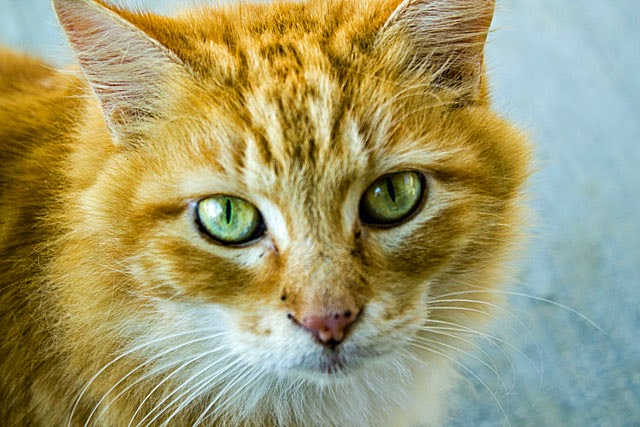 and this is Oreo 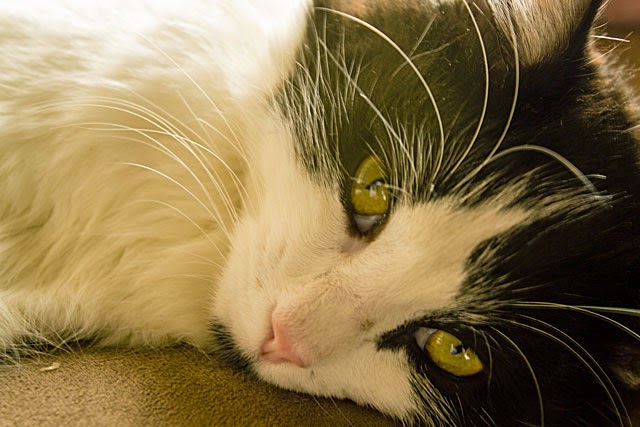 Let me fill you in on how these two came into our family...

Oreo and his Mom, Callie, were wandering around the RV park, hiding under cars and hanging around whoever would feed them.  One of our neighbors kept food out for them so they hung around there quite a bit.  Then, the neighbors left for a while so there was no food being put down.

Callie, a super-sweet, friendly and highly energetic bob-tailed Calico came out to greet me one day when I was walking LizzieBelle.  Her baby, Oreo, was very shy and simply hung back and watched.
After another day or two and the neighbors still hadn't returned I felt bad so I put some some food out for them.  They gobbled it up.

Eventually, the neighbors returned so Callie and Oreo went back and forth between the two of us and before long they were both putting on some weight and for Oreo, gaining our trust.  Eventually, they stopped going over to the other camper.  Better food?  More attention?  Combination?  Who knows.

Meanwhile, another neighbor enjoyed Callie's antics so when he finished the job and headed home he took Callie with him.  Yay! Now I am feeding only one stray.

During the time I was feeding Callie and Oreo I would occasionally see an orange cat with a terrible limp hanging around the park and fence.  It was always cautious and never let anyone get too close.

Until one day... I stepped outside to feed Oreo and the orange cat was sitting by the fence watching.  I could literally see him sitting there trying to decide whether or not he should take the chance of adopting us.  Directly, he was limping his way over to me and meowing.  Almost as if he was asking if it was OK.  Seriously.  For weeks, this cat was so leery of people and wanted nothing to do with them and then in one instant he changed his mind.  I still shake my head over witnessing that.

He lets me pet him, hold him up, check out his bum leg (which, I believe is dislocated), pick ticks off him (yuck) and now he curls up in the crate I have outside that is stuffed with blankets and contentedly goes to sleep.

We will be taking both of them with us when he head to Kentucky.

Part of their job at the farm will be keeping the mice population down.  I know Oreo will be a good mouser (since he was playing with a dead one right outside our door) and hopefully Creamsicle will be as well. 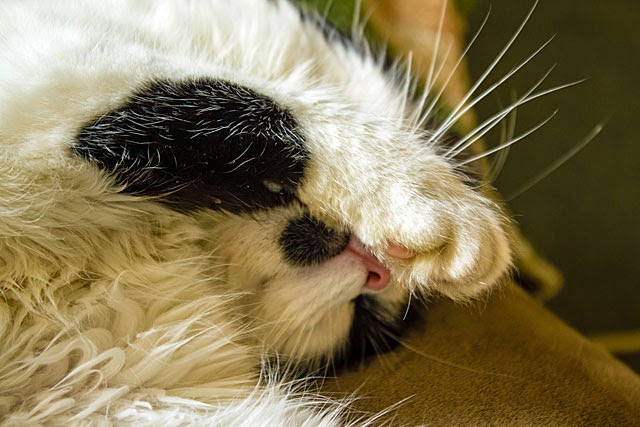 Honestly, I do not go in search of stray animals.  They just find me.  And it breaks my heart.  And I can't resist.  And my poor husband who knows I'm such a softy.

It's wonderful that you came to their rescue. Cats that have been given a second chance are very grateful. Hopefully the leg will be ok once diagnosed. "Happy Mouse hunting, kitties." Deb

I love those little kitty faces! I can't wait to see them happy and hunting on the farm!