Since Spring came early to our neck of the country our crops are already producing.  We have picked green onions, cucumbers and potatoes.  We already had several cucumbers that were purchased at a road-side stand and there are lots more on the vines so we gave the cucumbers to a neighbor.  The potatoes?  Our neighbors had their own potatoes so they didn't need anymore.  Due to our diet, we can't have any potatoes for awhile (which is a very sad thing for me because I LOVE potatoes!!!) so I decided to try and dehydrate them for later use.  This is the first time I've ever tried to dehydrate anything so it was a learning experience!
Here's our home grown potatoes and some store bought baking potatoes that were going to ruin before we could eat them. 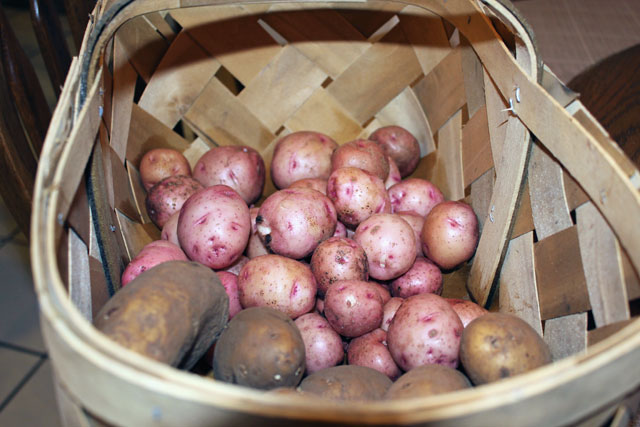 For starters, I had to peel the baking potatoes, then wash them all and slice them into 1/4" French fries. 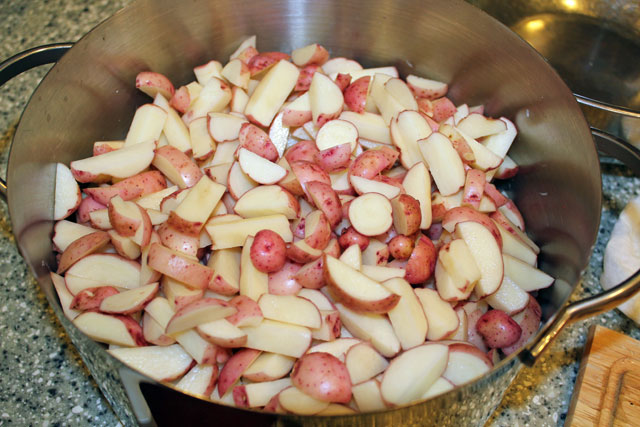 This process took awhile to do.  Next, they needed to be steamed for about six minutes. 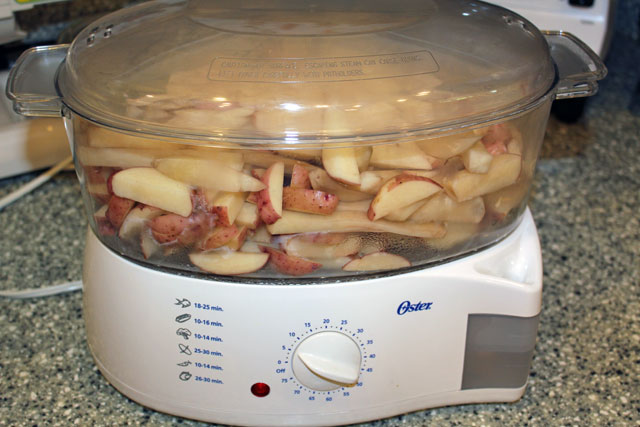 Once they were steamed, the next step was to place them on the drying racks. 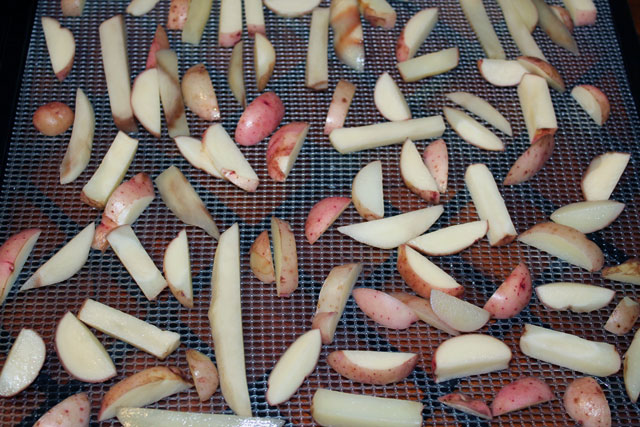 Once all the racks were filled and in the dehydrator it was turned to 125 degrees for nine hours.  That's right! NINE hours.  It was 2:40 when I turned the dehydrator on and if you do the math (OK, I'll do it for you!) they would be finished at 11:40pm.  Good grief that's WAY past my bedtime *laugh*!  To pass some time, Country Boy and I watched a movie and by the time the movie was over there was only 20 more minutes to go.  I checked them at 11:40 and a few of them were still 'leathery'.  They should be brittle when finished.  I left them in for another 20 minutes and checked them again.  They were finished so I left them in the dehydrator to cool off and went to bed.  Finally! 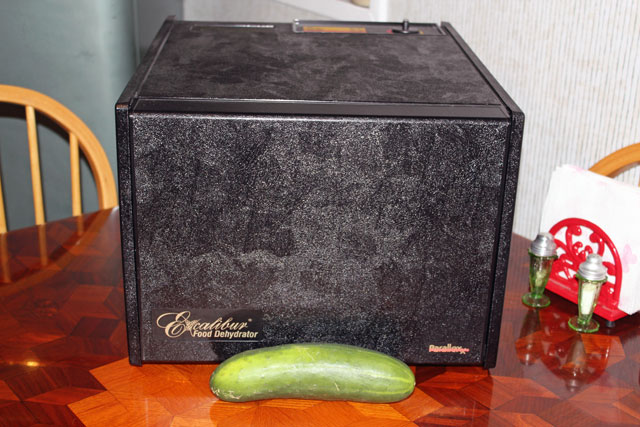 You're asking what in the world is the cucumber doing in the photo?  Well, it's a pretty noisy machine and the door was rattling so Country Boy leaned a cucumber against it to stop the rattling!
One thing I will do next time to prevent the potatoes from turning black is to put them in water with some lemon juice and vinegar while I'm slicing them to prevent the oxidation.  The instructions I was going by didn't mention that but when I saw that some of them had turned black I googled what could be done to prevent that.  I'm hoping they'll still be OK to use!
Here's the final product... 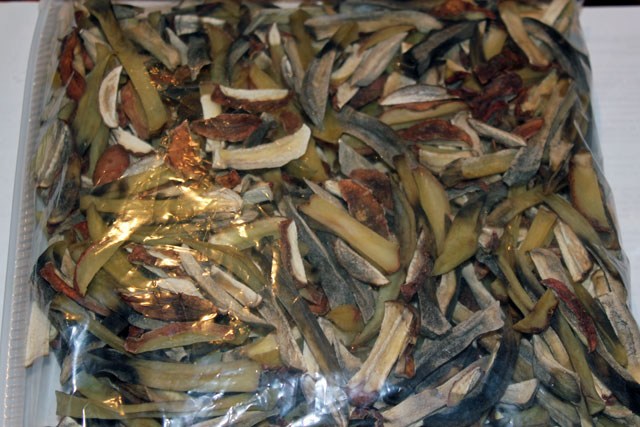 I can't wait to use them in some soup!


~~~~~
I mentioned that we were on a diet earlier.  Here's the update... Seventeen days into the diet Country Boy has lost a total of 15 lbs. and two inches off his waist.  I have lost 10. 2 lbs. and 5.5 inches off my waist!  We are both so happy to be fitting into our clothes again and are feeling SO much better!
Till next time,

oh, i love me some potatoes too. i've given them up at times to do the protein diet, but they are my all-time favorite food. then rice. then bread. then pasta. do i sense a carb pattern?!

Congrats to both you and hubby on your weight loss!

Congratulations on the weight loss. You'll have to post how you did that. I would have a hard time giving up potatoes. I, too am watching the calories and I still eat potatoes, though.