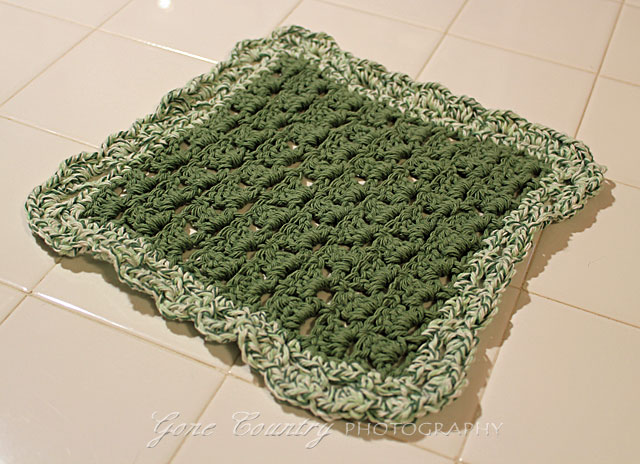 But, it's finished!  Woot!  Actually, I didn't work on it for two solid days, I do have other chores and blogs to read ya' know!  I am really happy with the way it turned out.  This is not the pattern that I originally started in this POST.  I was having trouble figuring out one of the stitches it called for so I chose a different one.  This pattern went much smoother with only a few times of ripping a huge section out, hahaha!  I figured with all the ripping out I was doing I was getting some good practice in! 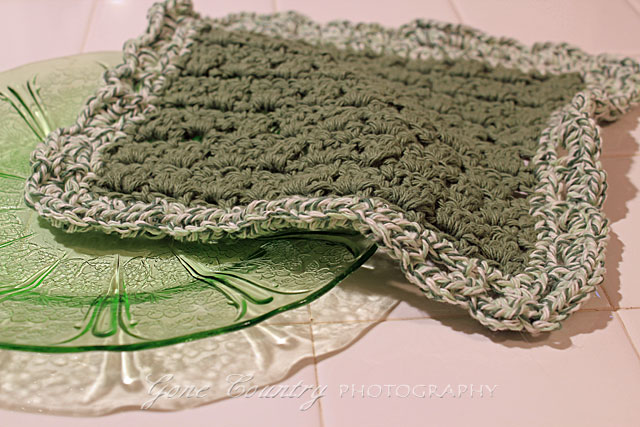 I'm going to do another one in this pattern with red, green and white yarn for Christmas!  (I can also use it year round since those are the colors in my kitchen!)  So, are you supposed to actually wash dishes with these? They're too pretty for dishwashing!  I guess they wouldn't be called dishcloths if you weren't supposed to use them.
One of the other projects I did was make a chicken pooper scooper.  Yep, you heard me!  The girls are beginning to roost at night but not on their roosts... sigh.  A few of them have taken to roosting on the edge of their feeding trough.  SOooo, by morning... there is quite a bit of poop in the feed, yuck.  And, guess who has to get it out of there... yep, Chicken Mama!
Rather than using my hands, I decided I would make a chicken pooper scooper!  I went out to the shop and cut some scrap 1x2's in half and then cut them to size.  I wanted it to be exactly as wide as the bottom of the trough.  After screwing them together, I found some scrap hardware cloth and cut two pieces to size.  I stapled the first one down to the backside and then staggered the second piece to make smaller squares and stapled it down.  Next, I found a scrap piece of 1/2" wood dowel.  I drilled a 1/2" hole on one end of the square and glued the dowel in place. 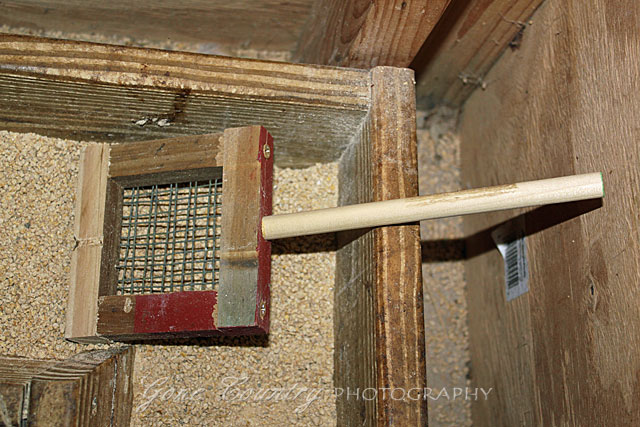 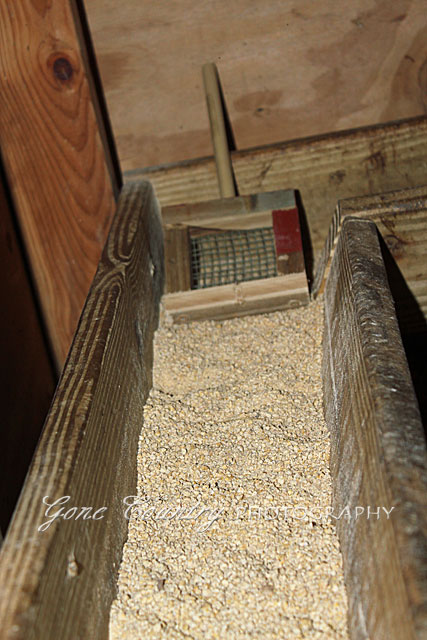 Now, if I could just get the girls to roost on the roosts at night instead of the edge of their trough!
I just realized that two of the projects I worked on yesterday and today were kind of extreme... from crocheting to working in the shop!  Oh well, that's how I roll here at the homestead!
Till next time,

chicken pooper scooper! love it! necessity is the mother of invention!

Wow, clever!.. and thankfully my chickens don't poop in their feed.. YUCK! But I have a feeder they can't roost on.. the typical kind you see at the stores. Can you switch? Although your trough looks really nice.

How clever! Pooper scooper for the chicken coop. And the wash cloth.. LOVELY! I have been wondering how that was going. You did a great job. Can't wait to see your next one.

I love your little dishcloth. Is that crochet? I'm wondering if I should go ahead and let my mom teach me how to crochet. Not sure if I have time for another hobby, but it would be nice to know how.

I love the dishcloth. Did you find the pattern online? If so do you mind sharing it with me. I have not crocheted for years and that is a great project to refresh my skills.

Thanks and have a Merry Christmas!
Tracy