Warning:  Lots of pictures in this post so grab your favorite beverage & snack before reading!
My girls are seven weeks old now and are showing signs up growing up.  My chicks that is!  Up until this week, they've done a lot of sleeping, eating & pooping and staying in the coop.  Occasionally, they'd run outside and do a little scratching and get a drink but then they're right back in the coop for a nap!  I was getting a little concerned about their lack of desire to be outdoors, scratching for bugs and taking dust baths.
This week, the girls are beginning to stay outside for a good part of the day now AND they're discovering dust baths!
If you've never seen a chicken taking a dust bath, it's a little unnerving because it looks like they're having a seizure!  I freaked out the first time I saw a chicken taking a dust bath!  I thought she was having a seizure and I was trying to figure out what to do for her... must be the EMT in me, *laugh*!
Here are two of the girls enjoying a dust bath! 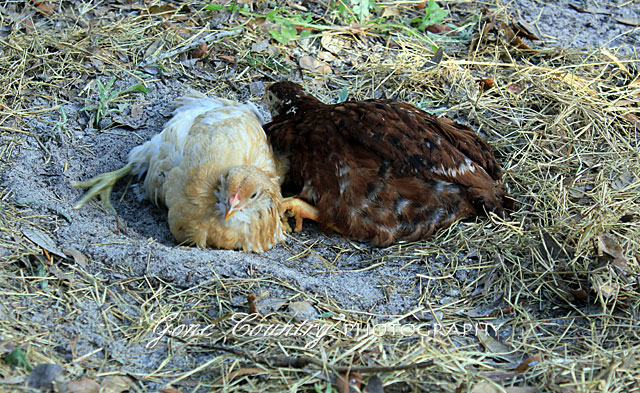 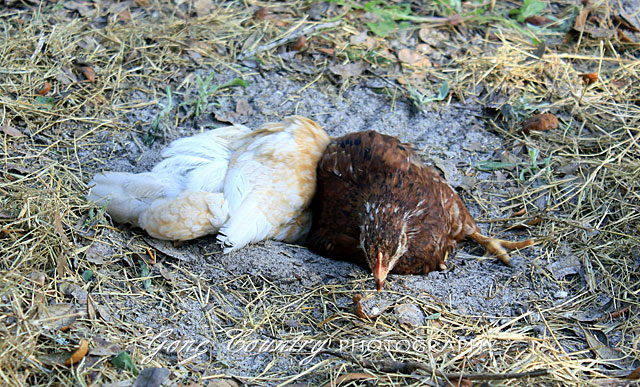 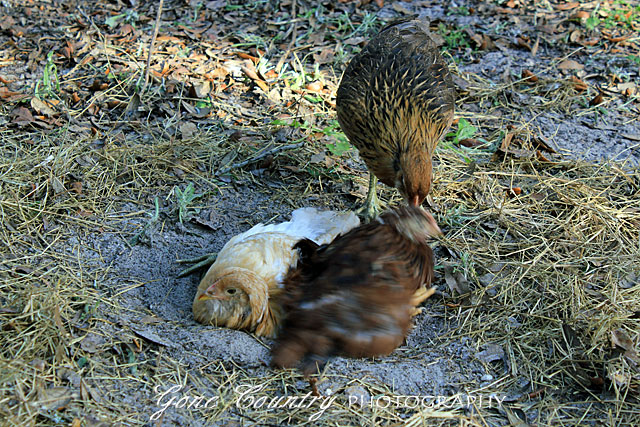 A couple of the other chicks came over to see what was wrong with these two! 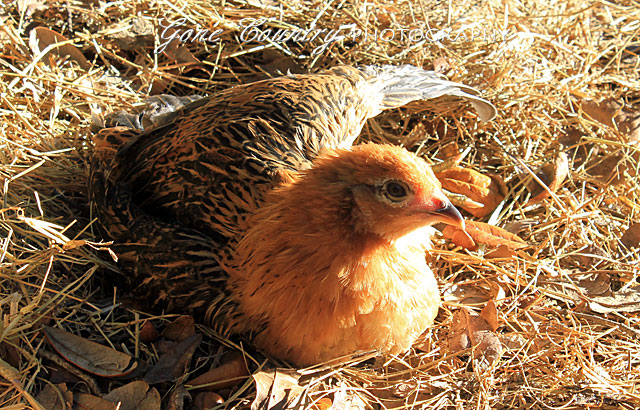 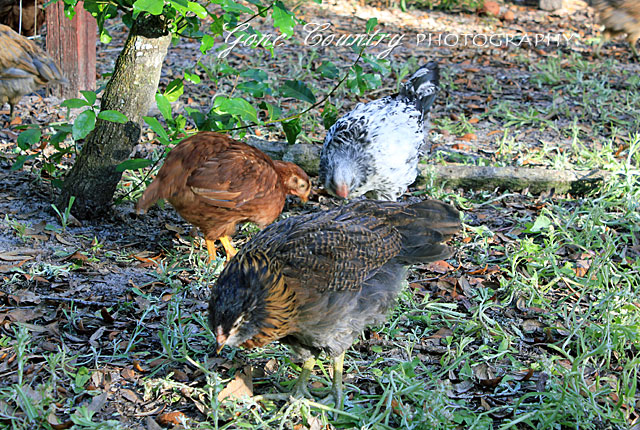 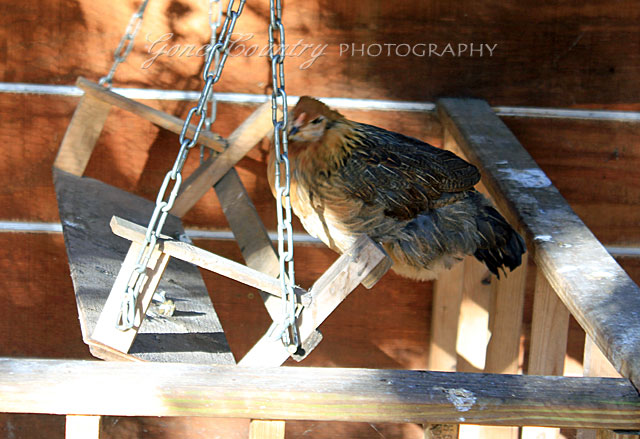 And last but not least, my alleged rooster! 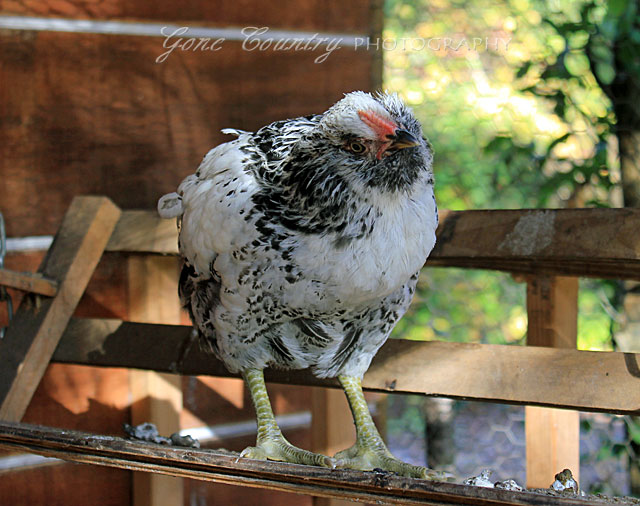 He was cracking me up while I was trying to get this shot!  He was moving his head along with the swing (and he was swingin')! 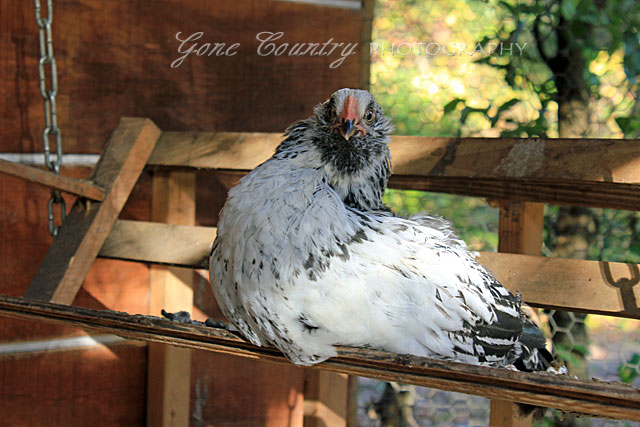 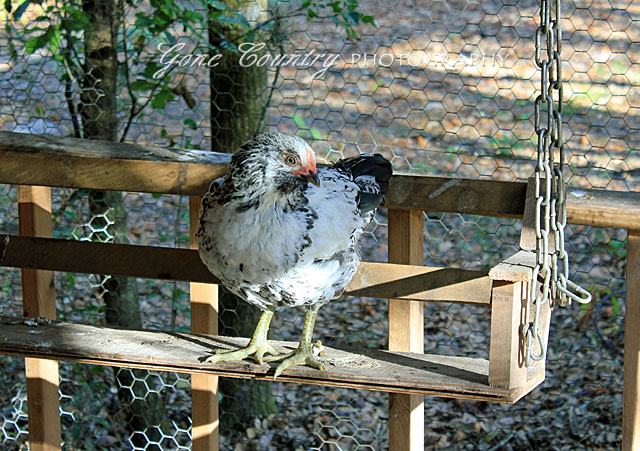 Chicken Mama is very happy that her girls have been spending more time outdoors and beginning to perform normal chicken antics!  Whew!
They have also graduated to eating out of the feeding trough and drinking water outside.  Ah, such big girls!
And this boy...
...can't stand it when I'm in the chicken run with the girls.  He wanted in the there too!  He's such a jealous boy!
In other news, I spent the last two days in the kitchen.  Literally.
I used an early Christmas present to myself... 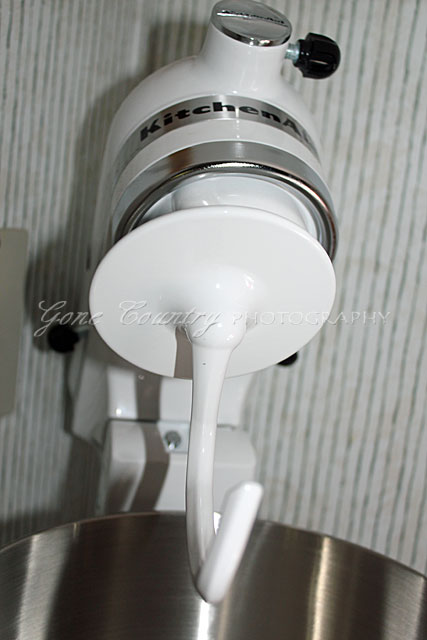 ... and I made some bread.  Yum!  Can I just tell you how much easier making bread was with this baby! 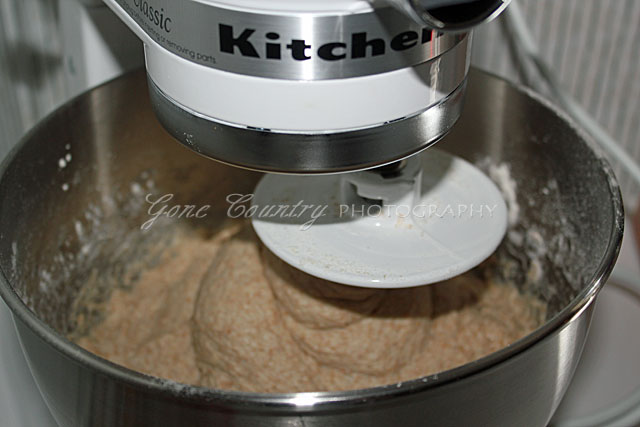 I also made some turkey stock and turkey vegetable chowder, and I canned some crushed tomatoes. 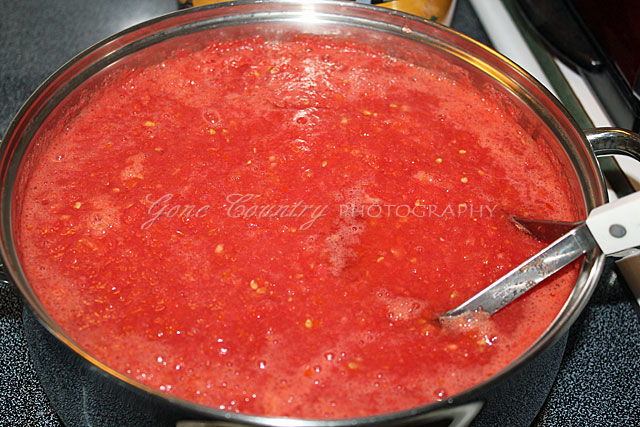 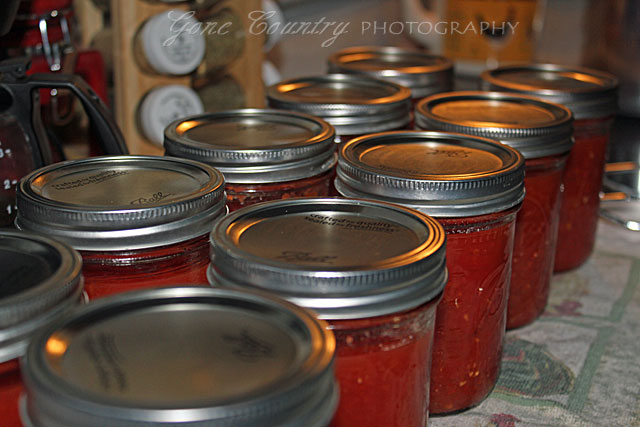 One jar of tomatoes did not seal for some reason so I made chili with it.
Then last night after supper, Country Boy and I made some strawberry jam from the strawberries we picked over the weekend.  How much faster and easier the canning went with some help!  He LOVES making jelly so I let him run the show while I did the smaller jobs like prepping the jars, measuring the sugar and cleaning up after him.  Wait, cleaning up after him in the kitchen is a big job!  Oh well!  It was still more fun and easier with two people!
Even with the modern conveniences in today's kitchens it was still exhausting mostly from all the standing which bothered my back more so than my feet.  But, I survived!  And it is very fulfilling when I open up my pantry and see all the home canned goodies in there or slice a piece of fresh, homemade bread!  I love being a housewife!
With my pantry filling up, I guess the next step would be to figure out a way to fabricate a root cellar of sorts for Florida!  We've been tossing ideas around but haven't come up with anything that might work yet.  Do y'all have any ideas?  Don't forget, we're in Central Florida where it's hot and humid and things mold up fast!  I would love to hear your suggestions!

Happy Friday!  I hope y'all have a great weekend! 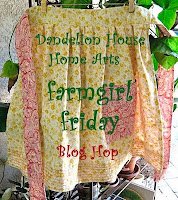 farmgirl friday
Till next time,

love your chickies, and even more, love that swing they have now!!! too cute!

Oh they have grown so much ! I love the swing for them they arent they only ones that like or have a swing lol Our Miggy loves laying on the swing we have out in the summer, there are days I would find she had climbed up on her own and fell a sleep as it gently swong in the breeze ! Even got photos of her on it. WOW ! Love that mixer , you have been quite the busy bee ! Wonderful photos and post. Have a great day !

When I look back at your younger days I shake my head & say, "where did this housewify stuff come from :)

I love the Chicken swing and the picture with the cat looking in...priceless

Love the chicken swing! Your chickies are livin' in style!

Congrats on your KitchenAid -- I've had mine for over 12 years and I love it! :)

Love those swingin chicks! Really made me laugh. I would be the same about their dust bath thinking they were getting ready for fall over dead or something. They are really pretty. Love their colors. Have fun with your Kitchenaid. You will be baking all kinds of things now.