My apologies for being silent this week.

It's been a long week.

I haven't even taken any pictures which oughta tell ya' something!
(These pictures are from last week after a good rain.) 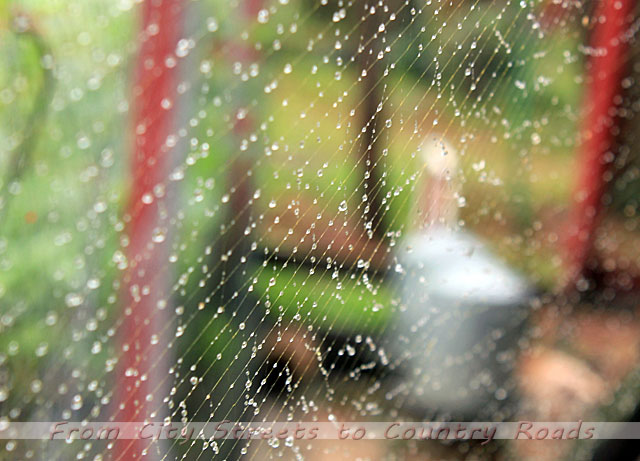 My Mom had major surgery this week to repair an Abdominal Aortic Aneurism.

If you know anything about AAA's, if  left untreated they could rupture and the chances of survival are slim.

We are thanking the Lord that hers was caught several years ago
by a very thorough doctor and has been monitored ever since.

It wasn't until recently that it grew quickly to an operable size.

The surgeon said he normally wouldn't do this type of surgery on someone her age
but because she was so healthy otherwise he had no qualms about performing the surgery on her.

The surgery was long.

It was quite complicated due to the size and placement of the aneurism.

But, the doctor was amazing and relied on a higher Power while performing the surgery!

For that we are so very thankful!

The waiting was difficult and emotionally draining.

I think the waiting was more exhausting than a hard days work.

During the surgery, we knew that family, friends and several church families were praying. 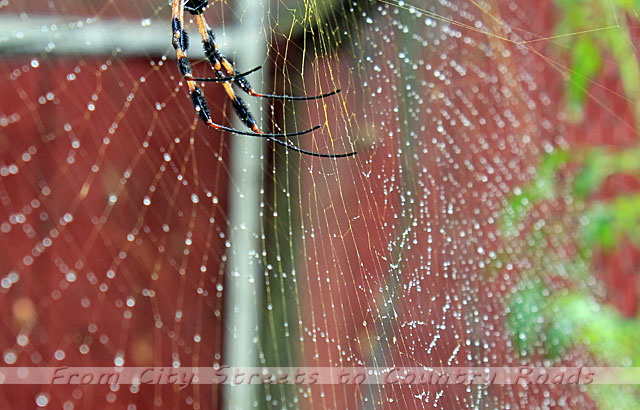 Mom is doing well and is still recovering in ICU.

We're hoping she will get moved to a room today or tomorrow.

Meanwhile, we've all had a chance to get some rest and are feeling much better.

We are so thankful for a successful surgery and are praying for a speedy recovery.

good to hear she came thru!

At least your exhaustion resulted in a good outcome for your mom. Thank God she will be okay.

I think I see the legs of a banana spider on the last photo. Neat pics of the web!

Sending healing thoughts for your mama. Hope she heals quickly!

Glad to hear your mom is doing well, best wishes for a speedy recovery!

You have had an exhausting time! Wonderful news about your mom's surgery ... AAAs are nothing to ignore, and it's good to hear that her surgeon was so skilled (and wise).

So glad she is doing well. Keeping her in prayer.