Where Does The Time Go?

I can't believe it's been a week since my last post.  Sheesh!

I really don't know where the time goes.

It was a rather hectic week, though, so I'm guessing that had something to do with the time disappearing on me. 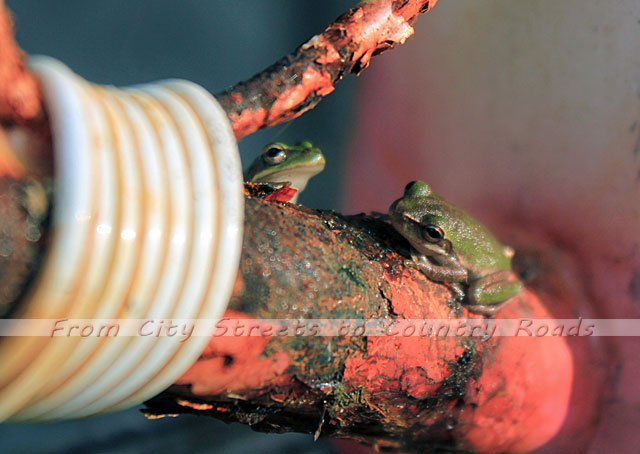 With the onset of Fall I am hoping to get into somewhat of a routine again... house cleaning, yard work, blogging, work (I clean our church on a weekly basis), filling sewing and crocheting orders for customers, cleaning up after puppies, decluttering and simplifying our home and life, etc.

And with the cooler temps we've been having I want to be outdoors again.  Even if I'm just piddling around out there.  I'm thinking that might put a kink in my routine, haha!

I have so many things on my plate right now that I NEED to get into a routine just so that I can stay sane!

I am the type of person that likes to stay busy but I don't like to be overwhelmed.  I like to pace myself.  But, there are times, especially this time of year, when it seems like everything happens at the same time with so many holidays back to back.  So, I'm going to have to make sure that I have some down time every now and then.  It is for the best interest of everyone around me!

I just finished drinking some Dunkin Donuts Pumpkin ground coffee.  Delish!  I will definitely be buying some  more next time I'm in town.  I do love anything pumpkin!

I mentioned the puppies earlier.  Their vet appointment went well last week.  The vet was pleased with how healthy they were and she complimented me on the health of LizzieBelle and the pups.  She said that the care I gave LizzieBelle during her pregnancy resulted in such healthy puppies.  Yay!  I do believe Miss LizzieBelle was rescued just in time!

The puppies and LizzieBelle got a dose of worming medicine at their appointment and the second dose was administered yesterday by myself and a neighbor.  I'm so thankful she came over to help as it would have been difficult for me to hold them and slowly give them the medicine.

The puppies are five weeks old today.  They are eating soft puppy food and LizzieBelle supplements their diet every once in a while.  She is slowly weaning them.  God-given animal instinct amazes me!

At times I feel overwhelmed with the care of the puppies and the constant cleaning up after them.  I am going to get some puppy pads tomorrow when I'm in town and I'm hoping that the puppies will use them on a regular basis.  I am currently using pee pads for humans (bought at a thrift store for a couple of bucks) but the puppies use it only 50% of the time.  I'm told that there is a scent in the puppy pads that will attract the puppy to use it.  I'm crossing my fingers this is true.  Cleaning up after six puppies gets crazy!

On a sad note, last week one of our drakes died.  Country Boy noticed that it wasn't eating with the rest of the ducks and chickens.  We managed to catch it and upon closer inspection I noticed that one side of his head was swollen.  We found a puncture wound.  We have no idea what happened.

Lately, the ducks have been sleeping in the run at night rather than in the coop so I'm wondering if a snake came in and bit it.  I know a snake wouldn't dare come in the run during the day with all the chickens running around!

That's the only thing I can think of that may have caused the wound.

Then this evening, while I was doing the evening chores, I found a female duck lying on the floor in the coop with her legs straight out behind her.  I picked her up and tried to get her legs back under her.  After a bit I managed to get them under her but they would not stay.  I put her in the water to see if that would help but it didn't.  I put her back in the coop and I'm expecting her not to make it through the night.

CountryBoy seems to think that maybe one of the drakes broke her back while he was, ahem, doing his thing with her.  It's possible as she did seem to be paralyzed from 'the waist down'.

Times like these are the hardest part about caring for farm animals.  Sometimes I feel so helpless. 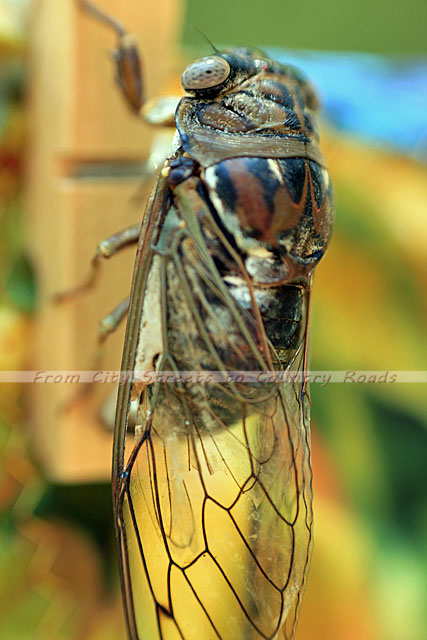 The above cicada was on my clothesline one day.  He patiently posed while I tried to figure out my new Raynox Macro lens.

I still need a lot of practice with the lens but I've not had the time to work on my macro shots.  Some day!

You really got close to the Cicada !

Awesome shots of the cicada! I only got to see one pair the whole summer and my shots were not as perfect as I'd hoped.

So sorry to hear about the drake and the duck. That would be so difficult to deal with. My heart goes out to you and the poor creatures for whatever fate they suffered. :(