A Bump in the Road

As many of you know, I have spent the last month prepping to join CountryBoy out west.

Items from the house were sold, donated or left intact.  Animals were sold or adopted.  Decisions were made on certain items whether to leave or take with us.  A custom cargo trailer was ordered, manufactured and picked up from another state.  A date was set for CountryBoy's arrival back home to finish packing up, celebrate Christmas and then begin the trek from Florida to Nevada in the Jeep pulling the cargo trailer with two cats and a dog.

Everything was moving along as planned.

Then a week before CountryBoy was supposed to fly home, we hit a major bump in the road.

CountryBoy started having issues with his heart.

Without going in to a lot of detail for personal and private reasons, I will say that ten years ago, at a fairly young age, he suffered a major heart attack resulting in emergency triple bypass surgery.  By all rights, he should not have survived the last one.  But, he did!

And, here we are again ten years later reliving the same thing yet without surgery.  Too risky they say but here's some medicine to keep you from having heart attacks.  Again, he has survived.  Thanks be to God and to many prayers!

Meanwhile, we are on a self-imposed, strict diet (I will post more on this later) and will seek a second opinion. 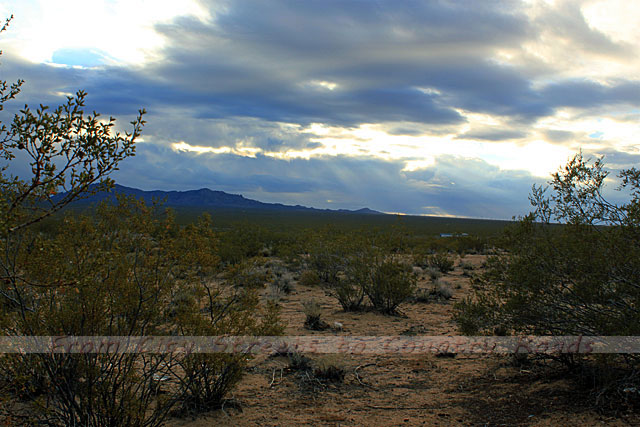 We chose  to continue with our plans to head west (since our fifth wheel, truck, tools, etc. were already there) but we flew out last Friday instead of driving and leaving the day after Christmas.  My Dad and brother will be driving the Jeep, the cargo trailer and the two cats out once we're sure CountryBoy can handle working.

Lady LizzieBelle flew out with us.  She did fantastic and only those that were seated by us knew that she was even on board because they saw the crate/carrier!  We never heard a peep out of her even though she had to stay in her crate for more than eight hours, poor puppy.

I wanted to take her for a walk during our layover but our first flight was late which left us with a twenty minute layover and I would have had to take her outside past security for her to relieve herself.  There was no time.  (I wish the airports offered a small, indoor area where dogs could relieve themselves between flights.  If only I was an architect, heehee!)  And, the airline we were flying did not allow dogs to be taken out of there crates while on board, sigh.

But, like I said, she was a doll making her Mommy & Daddy very happy and proud! 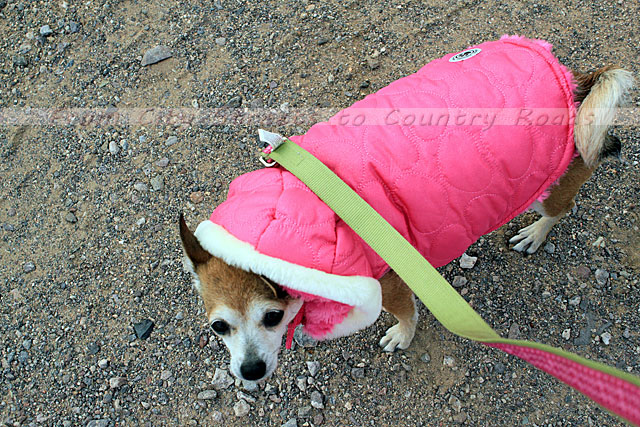 Here she is in her new surroundings and her new coat because Baby it's cold outside!

We are all getting adjusted and getting settled in.

CountryBoy did OK yesterday at work.  Thankfully, it's kind of slow right now.

I mentioned a self-imposed, strict diet earlier that we've been on for over a week now and we've already seen improvement in his blood pressure.

I'm not going into the diet in this post but I am a firm believer that we are what we eat and we are in the process of feeding his body the necessary fuel for his body to heal itself.

We are also praying for a miracle and would appreciate your prayers on his behalf. 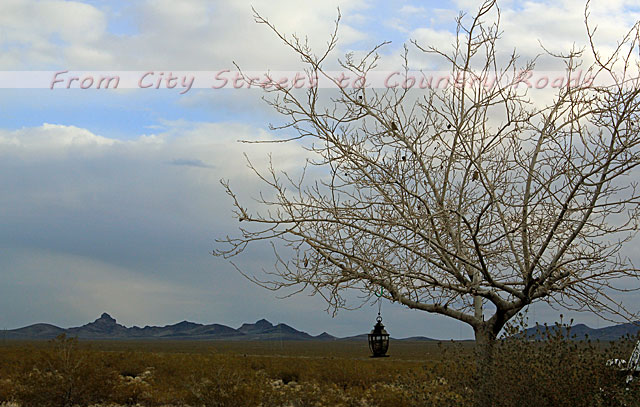 On a lighter note, it was a cold, cloudy day yesterday.

CountryBoy said there was snow at the job.  No snow in the desert though! 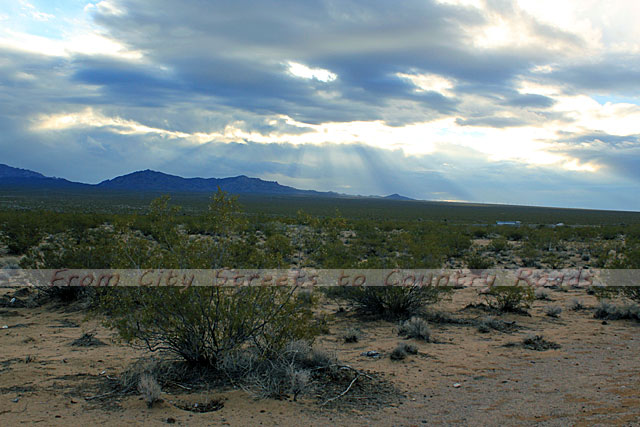 I wish you all a happy, healthy, wonderful New Year!

I do hope you have a healthy and Happy New Year !

How scary for you. I'll be praying for both of you.

oh, so sorry for the scare! i do hope all will be okay! bless you both (and lizzie belle, too!)

Praying for your Country Boy! May the Lord continue to give each of you wisdom and guidance on this change that you are embarked upon.. both the move and the eating. Thank for keeping your blog going, I have always enjoyed reading your stories! May the Lord bless you and keep you!

Gosh, this sounds like the scare I had with my hubby in April, right after making the huge decision to move to another state. God will get you through this. I will lift him and you in prayer. Thanks for the update and hope you'll share in time the new way of eating. Many blessings for the coming year!!

Happy New Year! I have just loaded your beautiful blog into the post for my Grow Your Blog party - so you are all set! See you on the 19th!!

My prayers are with you both. May God bless and keep you this coming new year. Hugs!

Thinking of you and sweet your hubby. I'm sorry that the end of this year has found you so different than you expected from last year. I pray you off into the new year with peace out west and health for your husband.
Happy New Year!
Love, Kristin