Playing With A Mess Up

At the beginning of the week I started crocheting a new hat for myself.  I've made this particular hat before but I used a bulkier yarn and it turned out rather big.  Still wearable but big.  In fact, I had to stitch the top part of the brim to keep it from covering my eyes!

It's been a year since I used this pattern and I had forgotten how to do the Front and Back Post Double Crochet.  Er, let me say, I thought I remembered how to do it but then after completing two rounds I began doubting that I was doing it right.

After looking up the stitches I was, indeed, doing it wrong.  Thus, I began to rip out the last two rows.

Only problem was, the yarn wasn't ripping out very well, sigh.

I managed to get one row ripped out but the second row was staying put.  The yarn broke when I tugged too hard.

Great!  All I could think of was how much yarn was wasted.

I threw it down on the floor thinking Hunter might come across it and play with it.  (He loves yarn toys!)

Much to my surprise, Precious found it first! 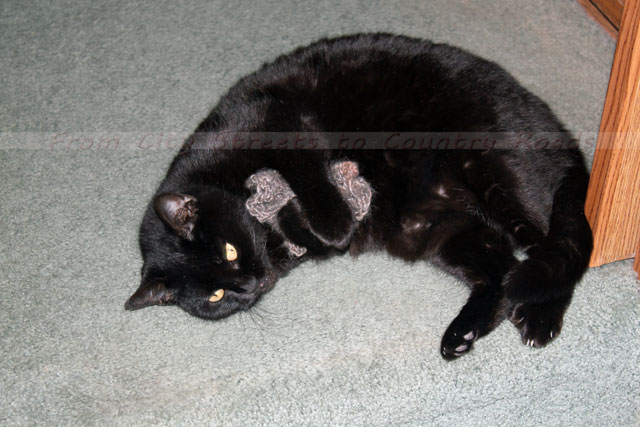 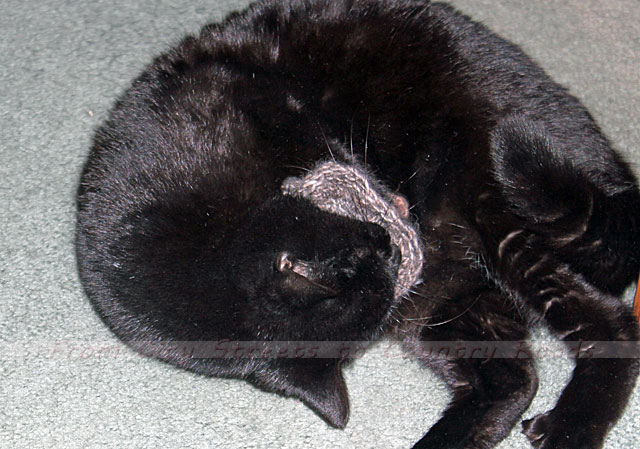 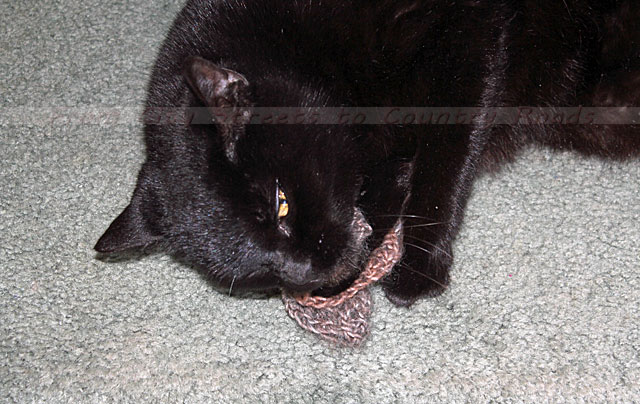 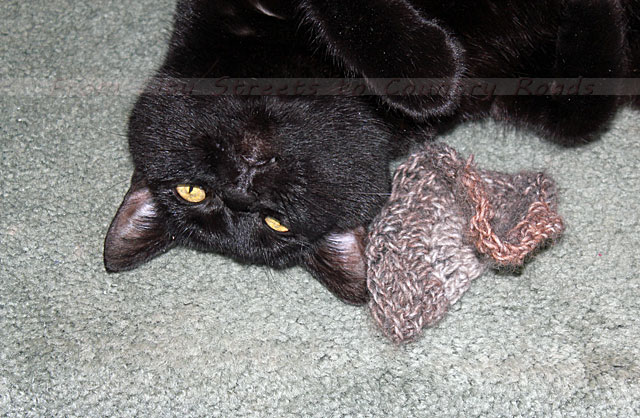 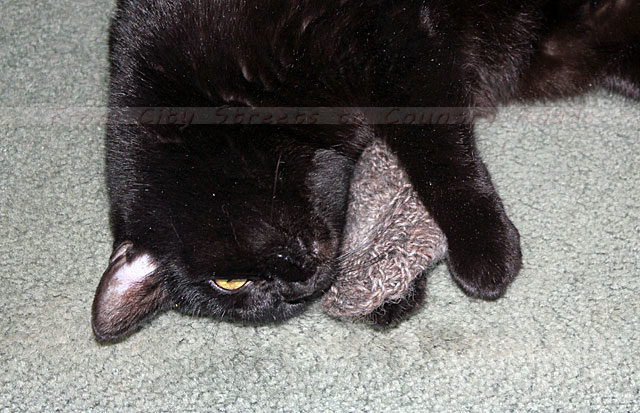 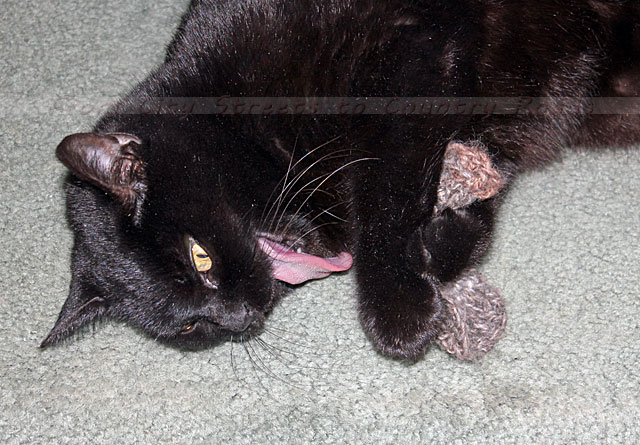 She rubbed on it, hugged on it, threw it up in the air, attacked it with her back feet, rolled around with it and was having a blast playing with it!

You'da thought there was cat nip on it the way she was acting... so very cute!

(Do you like that word 'you'da'?  We commonly use that around here for 'you would have'.  It's shorter and makes sense even though all of my English teachers would be having a fit, ha!)

Hunter still hasn't touched it.  Probably because it has Precious cooties on it now!

I guess I'll have to make him his own toy now.

Haha, this was cute. Glad the yarn found a use besides the trash bin. Sorry, tho! And yes, I do use you'da on occasion, though never around my English Major daughter. :)

their own little yarn mouse. :)

Love the word you'da. Made up words are the best words!

Hey there, stopping by from the Hop! Check out my site www.highheeledmama.com and follow if you like!

You have a very lovely blog. I'm a follower and a 'Grow Your Blog' participant. Have fun at the party!