There are several things I would like to learn or accomplish while being on the road... learning to knit, learning to play the violin and learning to quilt to name a few.

You're never too young or too old to learn something new.

In fact, I think it's good for a person to attempt something new every once in a while.  It gives you a sense of accomplishment AND you usually find out that you can do more than you originally thought you could.

I also think part of the reason so many folks don't try something new is either from fear of failure or simply getting up enough nerve to begin.

Sometimes, I struggle with both but mostly, I have to muster up enough nerve to actually begin the project.    Fear of the unknown maybe?!  Who knows!  But, once I've gotten my muster up and actually started, it's usually not so bad.

Well, my muster is up today so I'm going to attempt to begin working on a quilt.

I've never quilted before other than a quilted casserole carrier and that was simply sewing straight lines on a solid piece of fabric for a quilted look.

A year ago, my sister-in-law gave me a Log Cabin Star wallhanging quilt kit that she had purchased but then decided she didn't want to make. 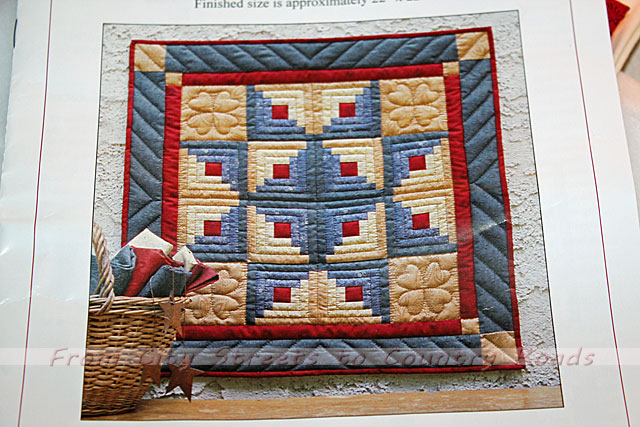 Since I've been wanting to learn to quilt I thought this would be a good way to figure this quilting thing out since everything that I would need was already in the kit.

After reading all the instructions (as instructed!) I think I've finally mustered up enough courage to tackle this thing! 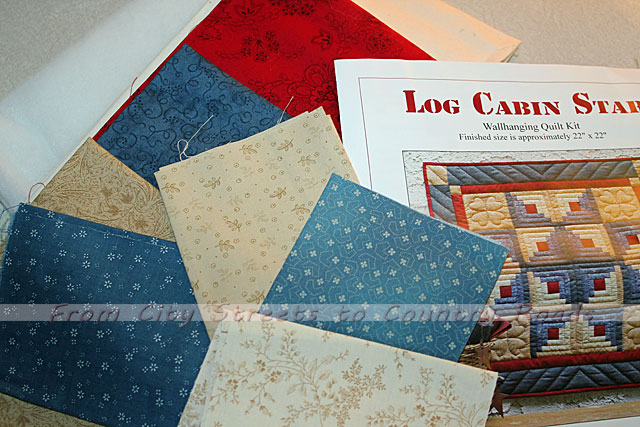 What makes me nervous is planning the layout of the pieces that need to be cut from each piece of fabric.  There are no do-overs.  And no extra fabric.

It's kinda like cutting wood.  Measure twice, cut once. 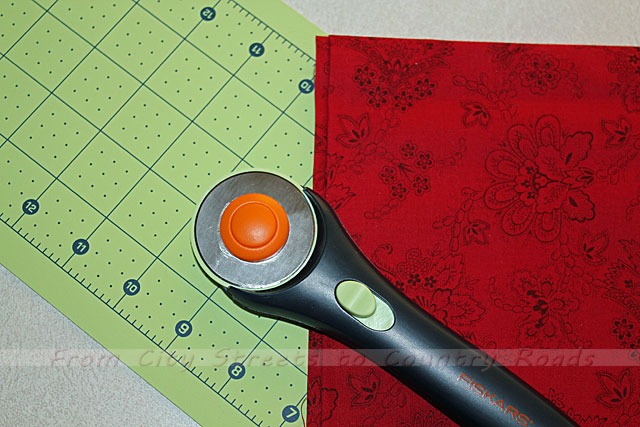 As soon as I finish my coffee and this post I will begin.  (I firmly believe one must have a sufficient amount of coffee before ever attempting anything new!)

Wish me luck!  I'll keep you posted on my progress.

Email ThisBlogThis!Share to TwitterShare to FacebookShare to Pinterest
Labels: learning something new, quilt

Good luck and have fun! I know you can do it.

I love your post--and it is inspirational. I wish I had learned to quilt years ago when a friend tried to get me to. I have learned wildlife photography instead. However, she has made them most wonderful lasting gifts for all of her family. I wish my husband would learn the violin---I think!? Anyway--hope to visit back again and see the progress you are making. I need to check in more often and post a little more--lost a a lot of ground around the holidays.

Oh fun! Research shows that it's good for the brain to learn something new. Helps create new neural growth and prevent Alzheimers :-)

What a pretty finished product you'll have! The colors are great ... I love reds, blues, and neutrals together like that! The blues are especially pretty!! Don't hesitate to holler if you get stuck! And *enjoy*!! :)

Good luck with your quilting endeavor! Quilting is a craft that teaches patience and perseverance, kind of like knitting. It gives a great sense of satisfaction when done. You just have to take it on, knowing it will take a while to complete. I used to quilt a lot, or at least I tried to make one a year, but kind of lost my desire to keep it up, or just ran out of time. I have several quilts partially cut out, but never put together. In fact I just took pictures the other day of cut out pieces to use for a blog post.
Cindy

I think quilts are works of art! Good luck and I hope you find it fun and relaxing:@)

I am sure it will be lovely ! Looking forward to seeing the end result ! I am the same when it comes to something new I tend to back off goodness knows why but then I will get into it on my own time and find I either like it or I don't . Happy quilting !

I can't wait to see it finished - I love the pattern and colors!