Over the weekend CountryBoy and I went to a farmer's market just outside of Las Vegas. 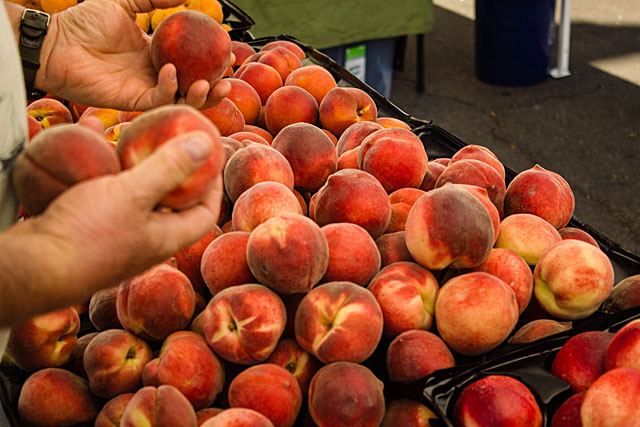 We bought some peaches and some all-natural dog treats for Miss LizzieBelle's 6th birthday this Friday.  Can you believe I've had her a year now?  She's come a long way since then and is doing so good.

The market was rather small so we stopped at Whole Foods on the way home to pick up some gluten-free bread for CountryBoy's toast on the weekends.  I think he likes that store as much as I do.  He picked up some Buffalo ribs and steak for himself as well as some Brazil nuts.  While he was at the bulk grains and nut area my sweet man surprised me and got me a bag of Heavenly Toffee, mmmmm!

Also, this weekend, my sister-in-law found a Trader Joe's so she & I will be checking that place out in the near future since I've been wanting to compare the two stores.  (And it's not too far from Hobby Lobby where I need to go to pick up a couple more skeins of yarn for a blanket project.  Two awesome stores in one day!)

Our two cats, Precious and Hunter, used to have free reign at home on the 'farm'.  They were able to come and go since there was a cat door on our front screen door to the porch as well as in our front door.  They loved it!  I loved it as there was no cat box needed.

Since being on the road they have, pretty much, been sequestered to staying in the 5th wheel.  Once we felt they had adjusted to their new life we began to let them go outside while under close supervision.  Precious is no problem.  She's older and she sticks close by; even goes back inside when told.  Hunter, on the other hand, is much younger and is all boy.  He loves to run, play, roam and roll.  At home he would find a patch of sand (which wasn't hard to do) throw himself down and roll from side to side and on his back all the while making sure I was watching him.  Of course I'd holler at him to stop but that would only egg him on.  Later on I'd about slip on the floor when I stepped in the pile of sand he'd left behind when he laid down.  sigh.

Saturday morning, CountryBoy let Hunter out so he could explore.  He meandered around for a bit then went around the 5th wheel to do this... 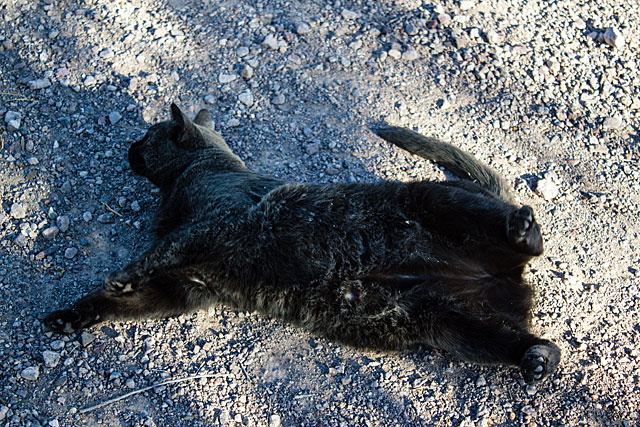 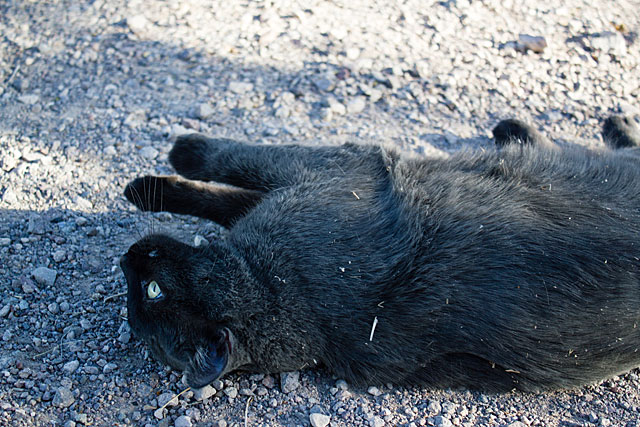 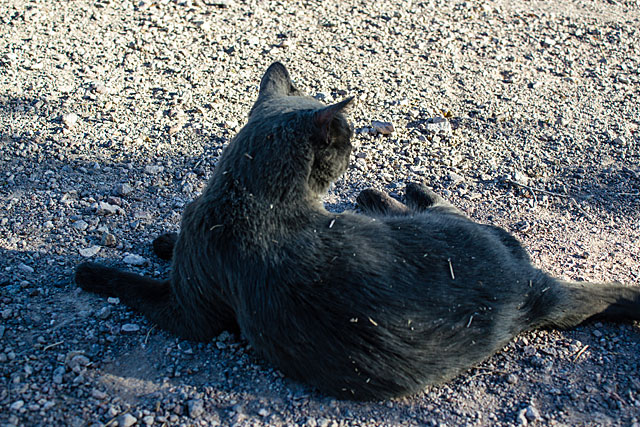 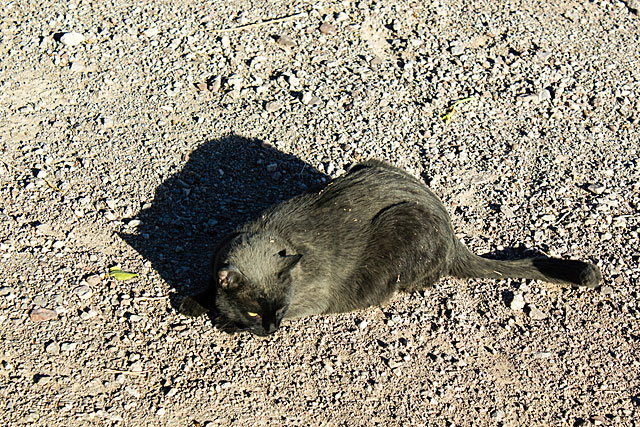 He got a good brushing before going back inside but he still had quite a bit of desert sand on him.  He was happy though and that's all that matters.

I've spent the better part of last week working towards re-opening my Etsy store making new items, photographing and editing them.  I'm working on a brand new item I want to add and still need to re-photograph some of the older items before listing everything and re-opening the store. 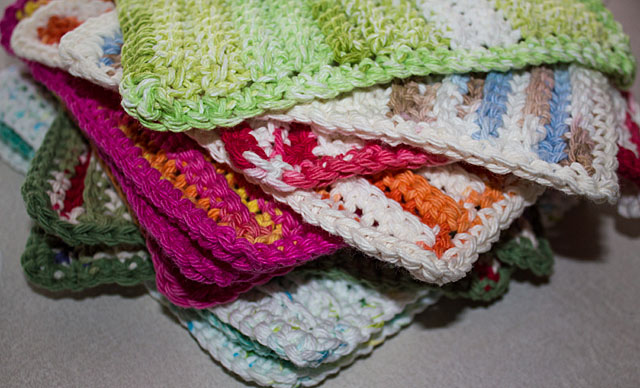 I had hoped to have everything done by the end of last week but it's taking longer than originally anticipated. But, that's OK.  I want everything a certain way so I am not rushing myself.  I'm also pondering different marketing ideas and want to have that firmed up as well before 'opening' my doors, so to speak.

In other online business news, I sold my first item from my Redbubble site a week or so ago.  I was EXTREMELY excited!  Since then, I've added a few more photos to the site but have plans to add a bunch more of some of my favorites.  (I just have to dig them out of the archives!)

This morning, I got a message in my inbox that a couple more prints had sold. YAY!

Here's one of the prints that sold yesterday... 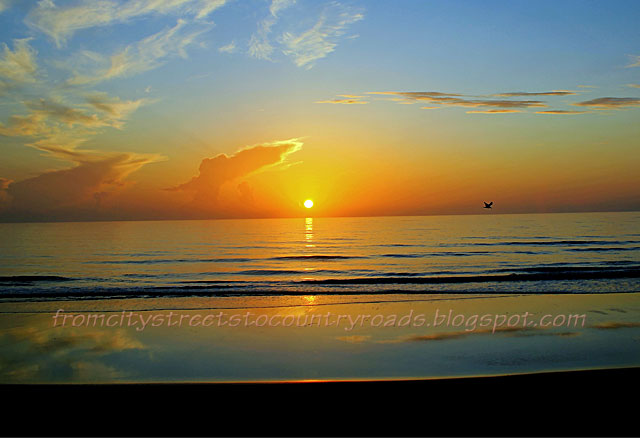 I also have plans to add inspirational quotes and scripture to some of the photos.

It's all a process, this online business thing; one that I am learning as I go.

When I opened up my Etsy store a couple of years ago, I was new and unprepared for the effort involved to be competetive and had no idea how to market my site.  Same was true when I posted a few photos on Redbubble.  This time around, I hope to be more prepared, more competetive and have a marketing plan lined up.  I also want to enjoy this process of creating, developing my sites and marketing my wares.  I feel extremely blessed to have this opportunity to pursue something I enjoy doing.

CountryBoy's health is still an issue that we're dealing with.  He is doing MUCH better but it's time we take it to the next level.

I dislike modern medicne.  I find that it puts bandaids on health problems rather than getting to the bottom of them.  At times, these 'bandaids' create other health problems.  Their answer?  We have another 'bandaid' we can put on to help with that problem.

No.  That is not what we want.  We would like to get the ROOT of the problem, not cover it up.  We also believe that the body can heal itself when given the proper nutrition but doctors of modern medicine have no idea how to advise their patients on what to eat according to the health issue at hand.

So, we have found a doctor that will, hopefully, help us get to the root of CountryBoy's cardiac issues by assisting with diet, lifestyle changes, treatments and yes, even modern medicine if necessary.  (It does have its place in society and I am not completely against it but, in my opinion, it is misused.)  We have an appointment the beginning of next week.

I will let y'all know how that goes.  Meanwhile, please continue to pray for him if you would.  Your thoughts and prayers are GREATLY appreciated.

Country Boy sounds a lot like my husband. Now if we could get them to eat some of those peaches in your photo instead of red meat, we might be on to something. Doesn't eating meat and high cholesterol foods contribute to heart problems?

Good luck with the health care system. I am with you - just bandaids. There used to be some cure in there, back before the late 1980s when it all started to be about the money and not the people. I hope your new doctor helps.

Our builders along with interior and exterior designers will work together in order to make home renovations here in Brisbane by extending or redecorating your house, garden accomplishing your wishes of an ideal home The perfect one for you will be even if that means building or just making home renovations Brisbane. Thinking about you as clients, we are transforming thoughts in assets. Like in any other domain, our builders and designers will transform the projects of home renovations located in Brisbane into an art which will enjoy seeing every single day.

For our fitness conscious women we give an entire colection of Womens active wear, satisfying all their workout needs. We bring comfort, fashion and great fit, keeping your confidence high while wearing womens active wear. Being classic and durable, our womens active wear will guarantee your money’s worth.

Aussie Boat Loans are the experts in getting you the best deal when it comes to the purchase of a new product. To help the customers, Aussie Boat Loans has offered for more than ten years the finance options that match to the wishes of the clients including boat loans. The new boat loans option provides you a deal which will fit better to you situation.

If you’re looking for the best option in truck finance, the Aussie Truck loans are the way to go. Our team in charge of Truck finance is here to help you obtain the truck you need for your bussiness. Aussie truck loans guarantees you the right loan, at the right price and makes sure that you choose the truck finance option that suits your trucking needs.

Caravan insurance will guarantee you the wellness of your asset in any kind of situation. There is nothing you can when it comes to avoiding the risks. For that we will take of your future with caravan insurance. Your loved ones will be protected and your worries will vanish using the caravan insurance.

Was acne harsh with your skin? Are there visible marks that even makeup cannot handle? Our microdermabrasion procedure will offer you the natural beauty of your skin. The microdermabrasion will not imply the use of knife or injections. Microdermabrasion will be done with help of an ultimate technology instrument by exfoliating your skin, being able to eliminate imperfections that make you feel uncomfortable.Only on our clinic Brisbane