Time to grab a cup of coffee or hot tea and visit awhile!  Mine is decaf coffee with Caramel Machiatto creamer, mmmm!  Good Therapy!  Or as Country Boy would say 'You wanna Caramel Mockeywhat'?!  He loves things plain & simple!  Ya' gotta love that!
Speaking of plain & simple, that's one of my goals for this year.  You're saying 'What'?  How are you going to do that?  Well, for starters, I'm going through each area in the house and making the decision to keep, sell or toss it!  Simple as that.  Well, not really... some things are just hard to part with even though you have no use for it or haven't even seen or worn it in years.  But, there is so much 'stuff' in this world to want and it seems that everyday there's something new out that's cool even if you just bought it yesterday, today it's outdated.  I'm done!  My house is too small to keep up!  Not that I have a lot of gadgets but I still don't have room for half the stuff I do have.  It's a slow and sometimes painful process, but, once the decision is made, you really do feel so much better!  Try it!  Good Therapy!
Yesterday, Country Boy & I spent the day outside.  Boy, did it feel good to be outside again!  Country Boy cleaned out the Pump House after my statement that I couldn't get in there the other day to get something out.  Maybe what did it was the extension cord I just threw in there because I couldn't get to the place where it is supposed to hang!  Who knows!  But, it's super clean now and you can actually walk in there and find stuff!  For me, gardening is such good therapy.  I was feeling rather aggravated most of the day because of a campaign/project I'm working on that doesn't seem to be coming together as fast as I want it to because I feel time is running out AND I've been waiting on a package (my books on my new camera & Photoshop Elements) that was a day late.  But, after several hours of trimming dead plants and raking leaves (and a lot of praying) I felt better.  Then I went to check the mail and my package was in the mailbox!  Woohoo!  Made my day!  It's the little things in life!  Good Therapy!
Today, I HAD to go to town for cat food.  In my constant quest of pinching pennies I bought, what I thought to be a fantastic deal, a 40 lb. bag of a different cat food for $22.00.  Don't ya' know that the cats don't like it!  Great... what to do with 40 lbs of cat food!  I'm going to call the local SPCA and see if they want it.  So much for my fantastic deal!  Such finicky cats!  They're spoiled on Purina's Naturals.  They LOVE that stuff!  Oh well!  Guess they told me, 'we don't want anything else!'  Spoiled kids!
﻿﻿﻿
﻿﻿﻿

This is Precious!  She was found on a busy highway and was taken to the SPCA.  She was only a couple of days old.  We saw her when she was barely a week old and we had to have her!  When she was eight weeks old we adopted her and finally got to bring her home.  She loves to 'talk' (we call her 'Mouth') but she does not like to pose for the camera!  Good Therapy!
﻿
﻿

This is Hunter.  He is a rescue kitty!  He was about 6 months old and skin & bones when we got him.  But, he had such a sweet personality and is such a people cat.  I can happily say that he's a healthy & happy cat now!  He loves to live up to his name and has brought home many presents.  We've had mice, a bird, and even a rabbit brought into the house.  All but a couple of mice were still alive and were released back to the wild!  He's always so proud!  I threatened to change his name just in case he was trying to live up to his name!  So far, he hasn't brought any presents home lately, but, ssshhh, don't let him hear this or he'll start again.  By the way, he loves to pose for the camera!  Good Therapy!
Those are two of our eight cats!  Another day I'll feature some of the others!
This afternoon I saw this little guy meandering across our back yard... 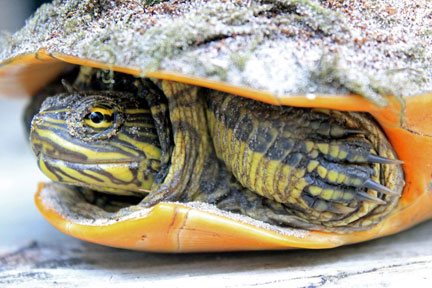 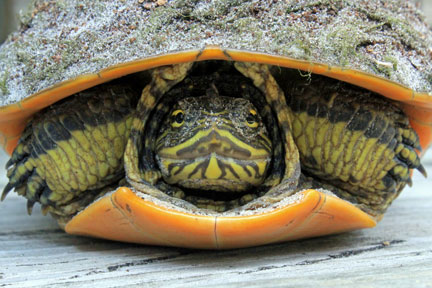 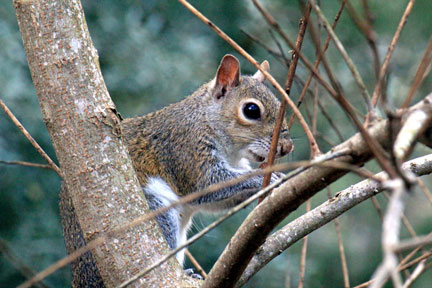 This squirrel is up & down this tree all day long.
﻿This tree is right outside my office window and there are squirrels constantly running about the yard digging for acorns or scampering across the roof.  Lots of action!  Good Therapy!
Unfortunately, I don't have any action on my new bird station.  I moved the  bird bath closer to it in hopes that the birds will spot it when they come to get a drink and take a bath.
I keep telling all the birdies that I hear singing and chirping in the yard that there is a buffet here for them. *sigh*  one day, I hope it will be covered with birds!  Good Therapy!
I also made some Chicken & Rice soup today and took it over, along with a loaf of French Bread, to a neighbor who is under the weather.  Good Therapy!
Till next time,
Gone Country
Posted by Gone Country at 8:22 PM

You have a cute blog! I've enjoyed looking at your photo's, and don't ask me how I got here! :)

I had to laugh at your cat being named Hunter; my great-granddaughter has the same name. lol

Have a nice weekend!