Did We Get Ducks or Pigs?

The ducks are a month old now and are quickly catching up to the chickens... 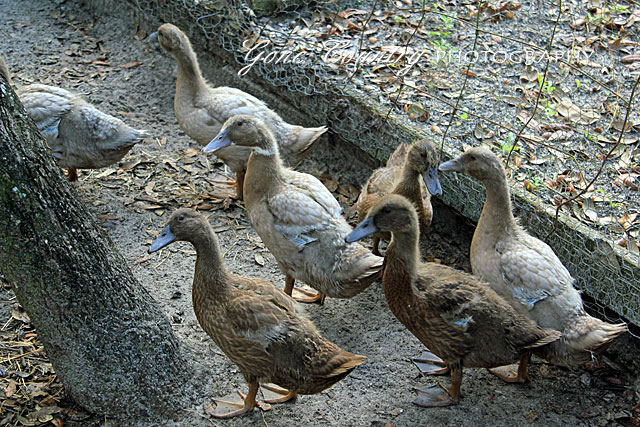 They're growing like weeds and eating like pigs!  They are the fastest growing animals I've ever seen.
They love their 'pond' yet I've not been able to get a photo of them swimming in it.  I did catch them taking an early morning dip this morning when I went out to feed everyone.  When they heard the back door open they all scampered out of the pond as if they got caught doing something wrong!  Meanwhile, the chickens were sleeping in.  Lazy chickens! 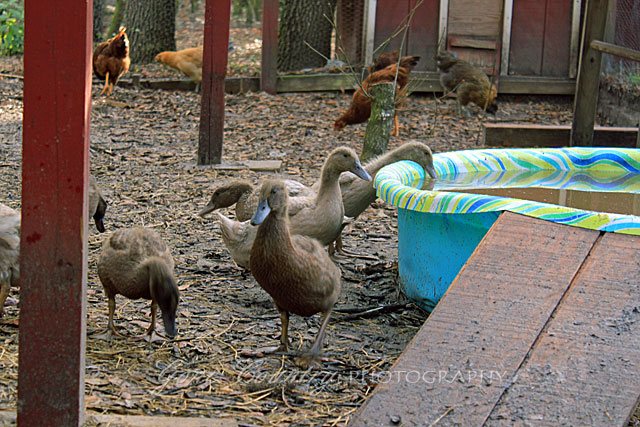 I think they're camera shy.  One day, I'm going to sit out there and just wait for them to go swimming so I can get some pictures.
Remember what they used to look like? 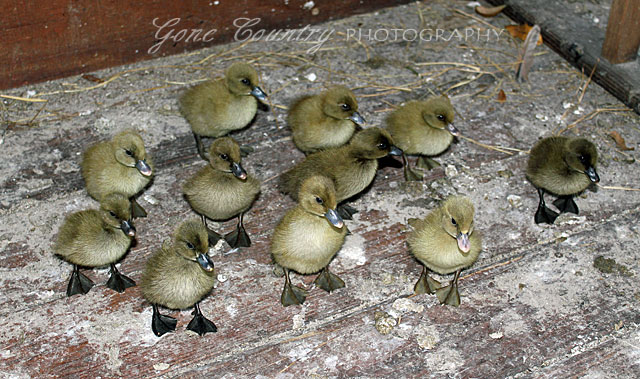 The ducks and chickens get along just fine. 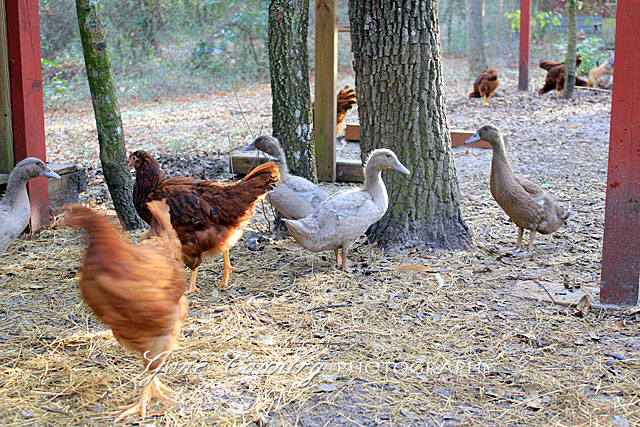 The chickens are about three months old now.  They're still establishing the pecking order and the rooster is perfecting his crow. 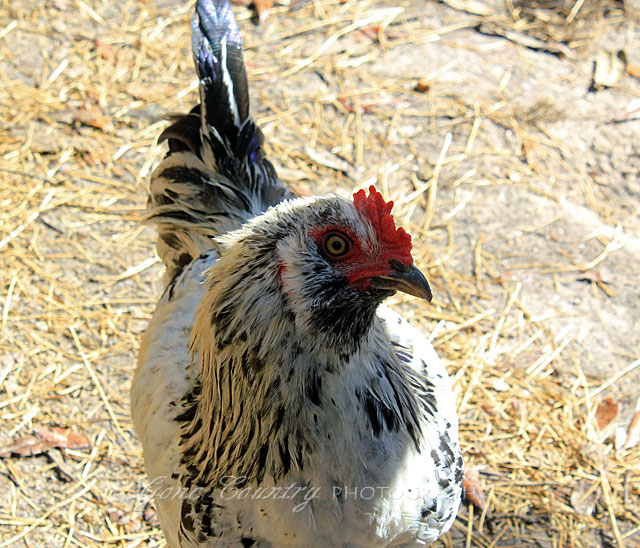 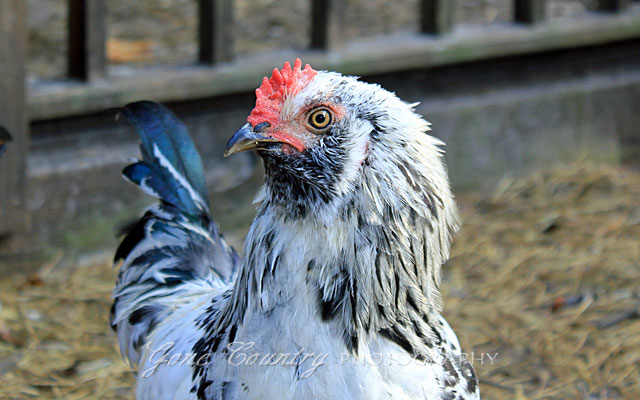 The first time he tried to crow, he was standing on a roost outside and just about fell off.  Wings were flapping and he was bobbing forward and backward to keep his balance.  He managed to stay on the roost but it took him quite a while to get the hang of crowing while keeping his balance!  Also, the first time he let out a good crow, every single hen hightailed it back into the coop...  it was the funniest thing I ever saw! 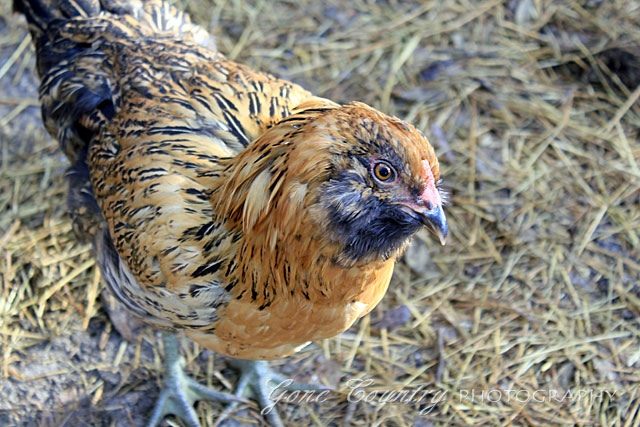 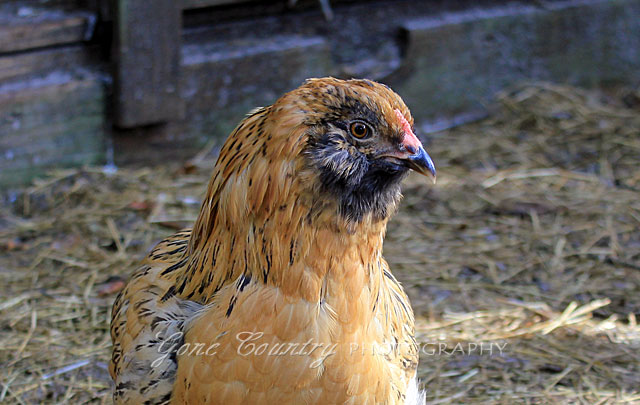 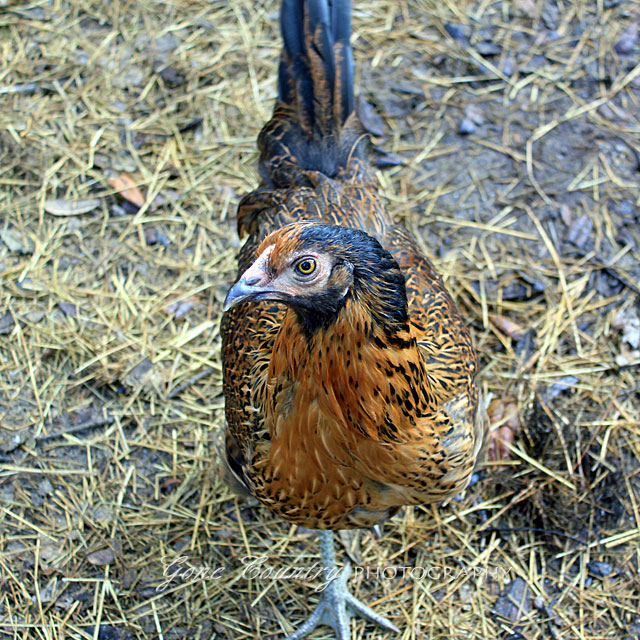 Such pretty girls (and you too Mr. Rooster!).  In a couple of months they should start laying eggs.  I can hardly wait!
Till next time,

glad everyone's doing well and growing up. they're very pretty!

Thats great they are all doing well ! They look good . Funny about the rooster when he first started to crow I was able to imagine it as I read it and laughed ! Have a great day !

We got to get over & see them soon! Will the ducks always be that color? The chickens are beautiful. Love that crow!

WOW! They've grown so much since we first saw them! So one of them did turn out to be a rooster like you thought, huh?

Lots of activity at your place! I'm sure it's fun to watch them all growing up:@)

The wee little ducklings are just too cute.

Oh my, your birds are all so beautiful! I simple can't remember when I have seen an ugly chicken though... I have it bad... I LOVE CHICKENS! Your rooster is going to be quite handsome! Thanks so much for sharing your feathered friends with us!

Your chickens are very pretty and you got some nice photos of them. That is such a fun story about your young roo. I'm sure he will figure it out and impress his gals before long.