Yup, You Guessed It! 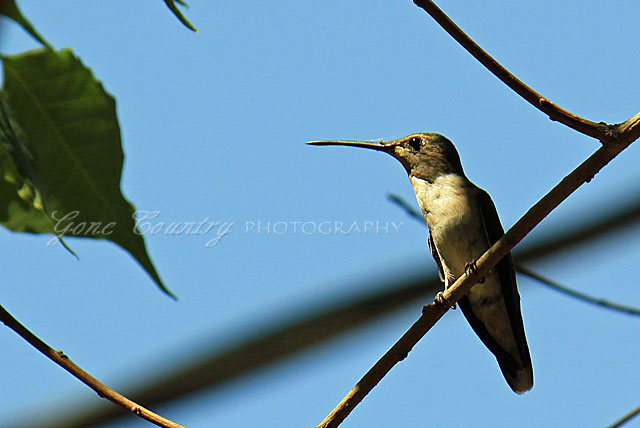 As I was sitting in my chair on the patio trying to aim my camera between a tree and the shepherd's hook it suddenly dawned on me that if I turned the hook around, the feeder would be a few feet closer AND I wouldn't have to move around so much to get a clear shot.  Hmmmm! 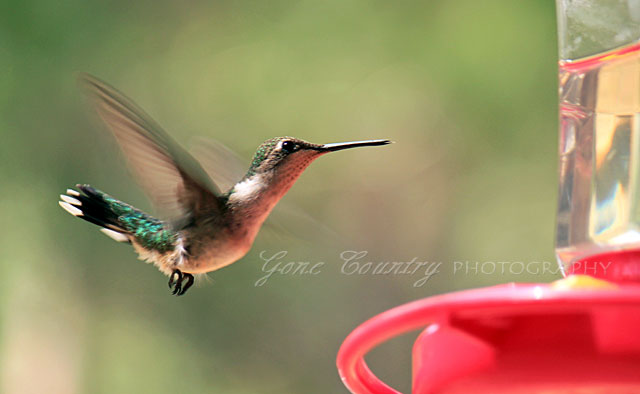 After rearranging the hook and the feeder, it didn't take long before a hummer was on its way down to get a drink.  This one didn't even care that I was MUCH closer now! 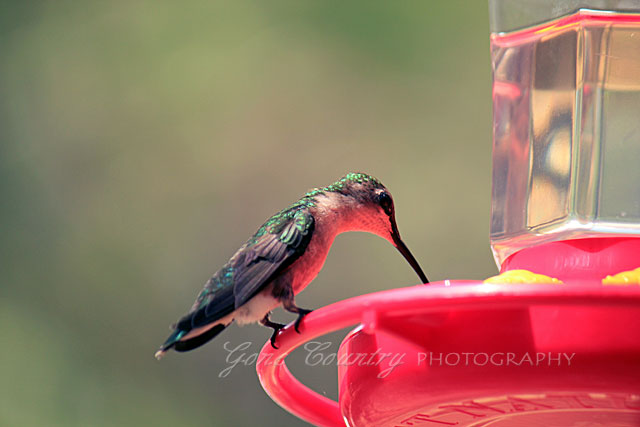 There were several times I thought I might get dive-bombed as several of them hummed and buzzed around me while chasing another hummer away.  I just held my camera up to my face and hoped that I wouldn't get pummeled during the chase! 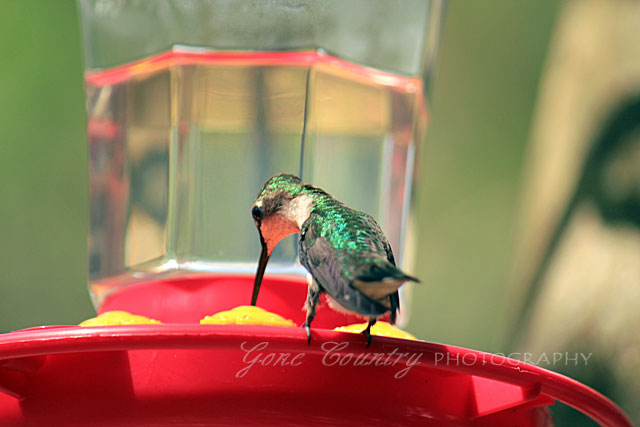 Thankfully, for my sake, they're pretty accurate when flying at such high speeds!

Update on my other feathered friends project... 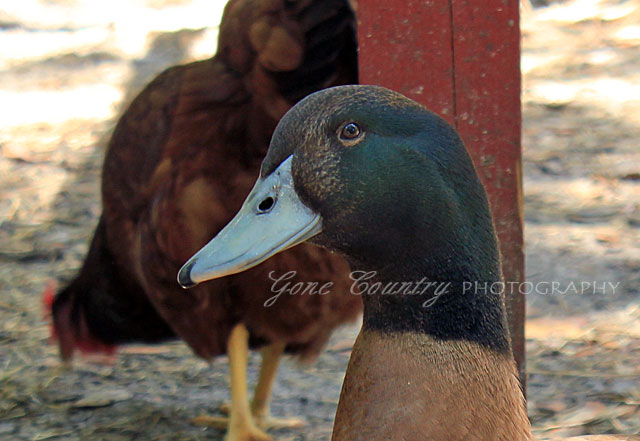 the duck pond is coming along.  Here is a photo of the end of the last workday with my Dad. 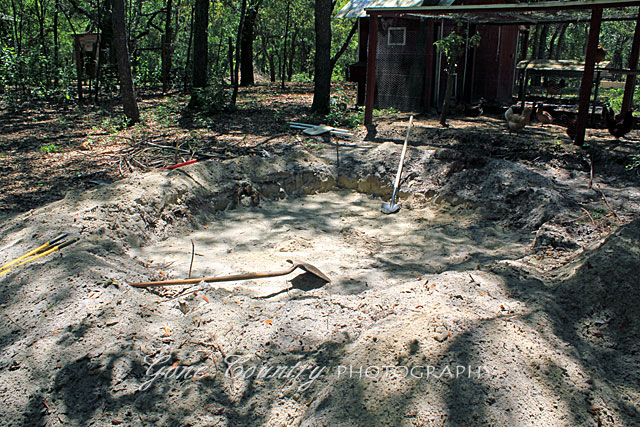 Since then, I have made a ramp at the far end (by the fence) so the ducks can walk in and out and I've dug about a foot more on the right side to make it ten feet across.  I have also dug several more inches to make it deeper.  I am currently about 14 inches deep.  Another four inches to go to make it a foot and a half deep.  Plenty of swimming and diving room for the ducks!

Dad is coming over again today and hopefully we'll be able to get the rest of it dug out, the plumbing done for the drain and possibly get the liner down.  That would be SO exciting!  The tricky part about the pond is the fact that the land slopes.  So, we've got to try and make it somewhat level so that I don't have a lopsided pond when it's filled up.  It's gonna be a full day's work but hopefully we're up to it! 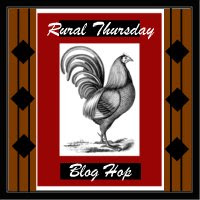 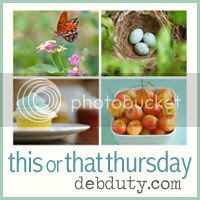 The photographs are BEAUTIFUL. Just found your blog on Rural Thursdays. Can't wait to keep reading!

The photographs are BEAUTIFUL. Just found your blog on Rural Thursdays. Can't wait to keep reading!

those hummer shots, WoW, be still my heart....they are just gorgeous!!

Amazingly beautiful bird, thanks for sharing :)

Have a nice day!

That shot of the hummer in flight is fabulous! I'm missing mine, don't know where they've gone!

Beautiful hummer shots! I can't wait to see the duck pond finished. I bet the ducks are gonna love it.

Love those hummers! Your ducks are gonna be so happy!

can't wait to see the duck pond upon completion! (and know you can't either!) :)

WOW ! you have been busy ! Great photos. I am still waiting for our Hummers all the other summer birds are back but them. I figure they will be back this week as it is now hot and humid and I have have their feeders out and full ! Have a great day !

Wonderful hummingbird pics! I actually held one today - he flew in the house when the door was open, and I caught him and let him free. Quite a thing, to hold a wee hummingbird.

Amazing pics! I had a feeder suction cupped to the outside of the kitchen window years ago, it didn't take long for the birds to get comfy and me to enjoy the show over morning coffee:@)

Beautiful hummer photos -- and good luck with the pond digging! :)

Beautiful photos!
Love to see the hummingbirds.
Wish we had them here.

So cool to get the hummingbird shot! Lovely! Stopping by from This and That Thursday

I just love humming birds! The pictures are just beautiful.

What a huge project~ I can't wait to see it completed!

Hummingbirds are so beautiful!

Your hummingbird shots are amazing! I'm inspired to try again for a little bit closer shot! I saw a video on youtube recently that you would love. Search for "the beauty of pollination" and you'll find it.